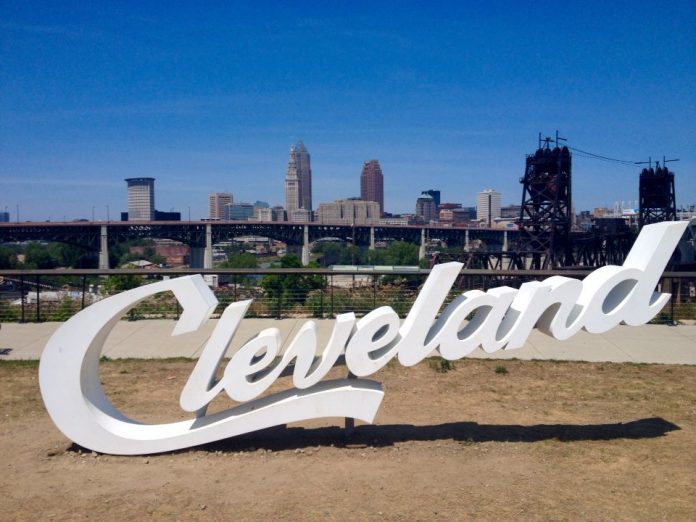 February 5, 2022 — Former Cleveland mob figure Paul Weisenbach, a top level adviser to Scalish crime family boss Joseph (Joe Loose) Iacobacci in the 1990s, died of natural causes this week at age 78. He pioneered a multi-million dollar bank scam known as the “Califronia Swing” and had been in hiding for almost 30 years.

A well-known master con man and Wall Street stock rip-off specialist, Weisenbach helped Joe Loose diversify the Cleveland mafia and get the organization back on its feet in the Clinton era, but after a falling out with Iacobacci and surviving an attempt on his life, he became an FBI informant. Iacobacci, 70, died of cancer in 2020 after having retired from the mob years earlier.

Weisenbach wasn’t Italian so he could never be “made” into the Cleveland mafia. Under Joe Loose, however, he became the syndicate’s highest-ranking associate and the Scalish crime family’s unofficial “finance consigliere.” According to federal court records, Weisenbach became close to Iacobacci in prison, introduced to him by Joe Loose’s best friend and underboss, Alfred (Allie Con) Calabrese, who Weisenbach had known since childhood.

Weisenbach was locked up for defrauding the Society National Bank by putting up phony stock options as collateral for three loans totaling $245,000. Born and raised in the Collinwood neighborhood on the east side of Cleveland, Weisenbach moved to New York in the 1970s, got his stockbroker’s license and went on to turn his stock-scamming into what one former IRS agent called an “art form” before getting jammed up in the Society National Bank securities fraud case that sent him to federal prison, where he reconnected with Calabrese and met Joe Loose.

Weisenbach introduced Joe Loose and Calabrese to a scam he called the California Swing. In a nutshell, they opened bank accounts all across the east coast and midwest, depositing millions of dollars of bad checks with California routing numbers that couldn’t be voided for ten days. During the lag time, Weisenbach would move the money to offshore accounts, then to Swiss accounts for 48 hours and then finally back to the U.S. through a pair of Chicago banks before the financial institutions being fleeced knew what had happened.

Iacobacci and Calabrese brought mobsters from Chicago, Detroit and New Jersey in on the score, per federal court records. Weisenbach would often work his magic from the islands, personally making sure the money flowed uninterrupted from overseas to the mob back in the States. Over a period of less than two years in 1990 and 1991, they stole upwards of $5,000,000.

The good times were short-lived though because Weisenbach started to cause trouble.

Calabrese had to attend a sit down in Newark, New Jersey with Lucchese crime family capo Mike (Mad Dog) Taccetta in January 1992 in order to settle a beef with the Jersey wing of the score over past Weisenbach indiscretions related to the Taccetta crew, per court records. Taccetta and his relatives run the the New York Lucchese’

As part of the deal made at the sitdown, Taccetta was supposed to receive an extra cut of the California Swing to make up for the some $200,000 Weisenbach had stolen from a Jersey mob button man a decade prior. Iacobacci felt the money should come out of Weisenbach’s cut, but Weisenbach thought Joe Loose should foot the bill because the whole score was Weisenbach’s brainchild. Tension between the pair began to rise with Calabrese playing mediator, according to FBI documents.

The FBI pinched Weisenbach for a parole violation in July 1992 and convinced him to cooperate. Weisenbach claims the feds played a wiretapped conversation of Iacobacci discussing killing him. Per court filings, he taped 200 meetings with associates discussing California Swing scam business. He admitted to allowing the FBI to bug his car and avoided indictment in the case.

Weisenbach’s cooperation drew the ire of Joe Loose. Calabrese had to run interference on Weisenbach’s behalf again and the issue drove a wedge between the two wiseguys. Calabrese, according to FBI sources, wanted to give Weisenbach a “pass.” Joe Loose, per those sources, desired a more traditional method of deterrent and demanded a pound of flesh.

On November 20, 1994, Weisenbach was shot in the wrist in an attack outside a bar in The Flats, Cleveland’s main nightlife district at the time, that killed his friend, 26-year old Mike Roman. Weisenbach thinks it was a mob hit gone wrong aimed at taking him out but murdering Roman instead.

After a night of drinking at the Flat Iron Inn, Roman and Weisenbach headed for the parking lot when they were approached by a local drug dealer named Sam Bulgin. Roman and Bulgin had verbally sparred minutes earlier and Roman took a swing at him. Bulgin took out a .38 revolver and pumped three bullets into Roman’s chest. He turned to shoot Weisenbach, but Weisenbach grabbed the gun as it went off and was able to flee with just a surface wound.

In the months before Sam Bulgin was found guilty at a 1998 trial for the Roman murder, his brother Pete was found shot to death inside his apartment on Cleveland’s east side. Sam Bulgin denies that he was the triggerman in Roman’s slaying. Weisenbach told Cleveland Scene Magazine that the Pete Bulgin hit was punishment for Sam botching the first job and to scare him into keeping quiet.

This is where things get even more hazy. On August 10, 1999, Calabrese died in prison at 56 under a shroud of speculation, whispers and innuendo. Some say he was beaten to death with a pipe on a murder contract placed on his head from the outside via Joe Loose. Some say he suffered a stroke. Others, that he died after accidentally slipping and hitting his head on a sink. Cleveland Scene Magazine reported in 2004 that Calabrese was killed by another inmate who was rumored to be from Cleveland.

No charges were ever brought in Calabrese’s death. The Cleveland mob today is a modest band of old-school bookies, gamblers, thieves and minor drug pushers.