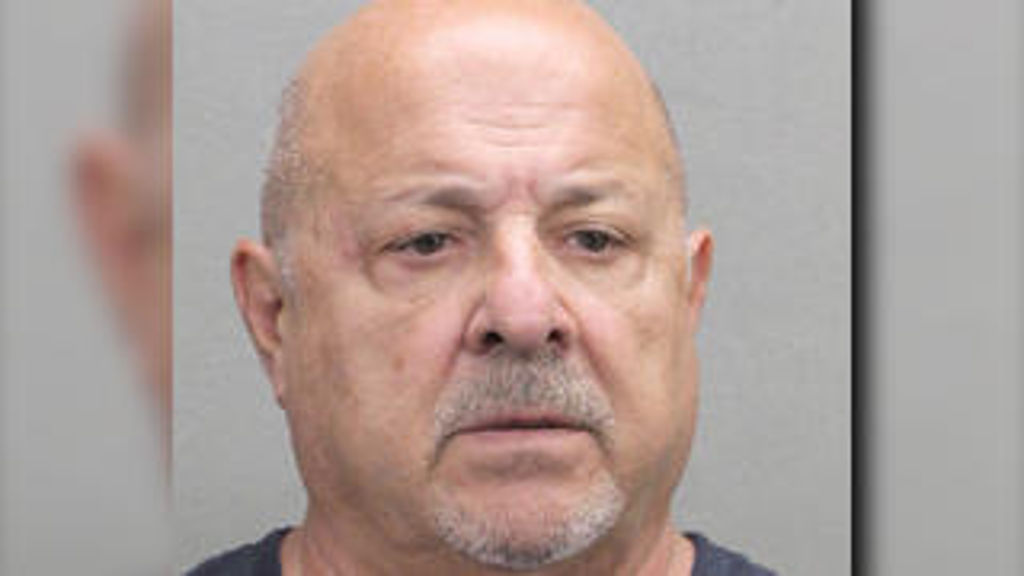 Newly-released federal court documents shed fresh light on the New England mob’s late-2000s-early-2010s’ strip-club shakedown scheme perpetrated in and around Providence, Rhode Island by top leaders of the Patriarca crime family. In the wake of former Patriarca clan underboss and capo-turned-rat Robert (Bobby the Cigar) DeLuca’s arrest in June while living in hiding in Florida on charges of perjury and obstruction for lying to the FBI in his debriefing five years ago about the 1993 gangland slaying of Boston nightclub owner Stevie DiSarro, the government unsealed Bobby the Cigar’s 2011 extortion indictment. DeLuca’s cooperation earned him a mere one-day stint behind bars and new identities for him and his wife.

According to the unsealed indictment, DeLuca and his then-direct superior in the mob, retired New England mafia don Luigi (Baby Shacks) Manocchio, were receiving between $4,000 and $6,000 per month in tribute payments from Rhode Island strip clubs, the Cadillac Lounge and the Satin Doll, as well as other online adult-entertainment businesses similar to hdpornvideo, spanning the years 2006 through 2011. Manocchio and DeLuca had their own people placed in jobs at the strip joints to directly oversee the shakedown racket and actually collect the cash. Per the indictment though Manocchio’s “consultation was required” for all decisions made in regard to the running of both clubs.

Manocchio was buffered by the 71-year old DeLuca, his primary conduit for messages to his troops in both Rhode Island and Massachusetts. Co-defendants Tommy Iafrate, Teddy Cardillo and Richard Bonafiglia were their point men in the conspiracy. Iafrate was employed as the bookkeeper at the Satin Doll and the Cadillac Lounge. Cardillo was the Cadillac Lounge’s manager. Bonafiglia was the head bouncer at the Cadillac Lounge. It was Iafrate who handled the cash, setting aside $125 in cash every day from both clubs and an assortment of sex shops the mob had a piece of for delivery to DeLuca and Manocchio.

DeLuca and Manocchio were both arrested in January 2011. Baby Shacks went on to plead guilty and did just over four years in prison. Iafrate, Cardillo and Bonafiglia copped pleas too. Bobby the Cigar flipped on the spot, disappearing into witness protection program.

The 89-year old Manocchio reportedly relinquished command over the Patriarca crime family, ceding power in 2009 to Peter (The Crazy Horse) Limone, after almost 15 years on the throne. As opposed to Baby Shacks who is based out of Providence, Limone, 82, lives in Boston.

Manocchio’s reign beginning in 1995 calmed tensions in a previously-squabbling organization. DeLuca was made into the mob at a conciliatory induction ceremony in 1989 that served as a means of temporarily halting violence in a dispute pitting rival wings of the crime family, one headed by Manocchio-predecessor Francis (Cadillac Frank) Salemme and the other by East Boston capo and consigliere Joseph (J.R.) Russo.

Salemme based his operations out of Beantown. Bobby the Cigar was his No. 2 in charge in Rhode Island. DeLuca was the only member of the famously FBI-recorded 1989 making ceremony loyal to Cadillac Frank, the rest falling in line under Russo. Following Russo’s jailing in 1990 and the death of boss Nicky Bianco the next year, violence erupted again in the newly-minted Cadillac Frank regime. Cadillac Frank survived a 1989 assassination attempt launched by the Russo faction. He was busted (alongside DeLuca) in 1995 and eventually became a witness for the government. DeLuca did three years in prison and reemerged in the New England underworld in the late 1990s as Manocchio’s main capo in Providence.

That was until he joined Team USA in the winter of 2011. The only problem was just like with Salemme, Bobby the Cigar failed to mention to authorities his role in the Stevie DiSarro hit.

DiSarro was allegedly strangled to death by Salemme’s son, Frank, Jr., as Salemme watched on inside the living room of the family’s posh suburban Boston house on May 10, 1993. His body was buried in the back of a Providence mill owned by a member of DeLuca’s crew named Billy Ricci. DiSarro’s remains were finally unearthed this past spring after Ricci got nailed in a drug conspiracy and agreed to let the FBI dig up his property, telling agents DeLuca sent Cadillac Frank to his construction site in the spring of 1993 with DiSarro’s corpse in tow. Originally, it was believed that DeLuca had pointed the FBI towards Ricci’s land in its more-than-two-decade-long search for DiSarro’s body.

Frank Salemme, Jr. died of AIDS in 1995. The elder Salemme pled guilty to lying about his knowledge surrounding the DiSarro slaying in 2008. He’s been out of prison and living in the witness protection program since 2009. The Salemmes and DiSarro were partners in the Channel, a South Boston nightclub and go-go bar being investigated by the FBI, IRS and Massachusetts State Police for money laundering.