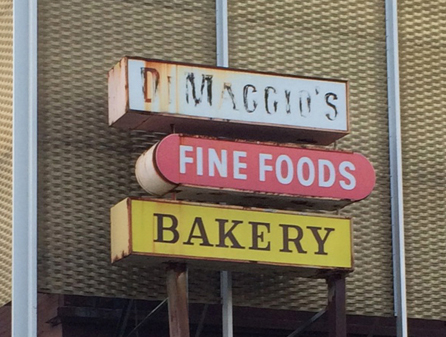 DiMaggio was beaten to death in March 1968. His assailants, tasked with collecting his debt, had been explicitly instructed not to kill him due to his family connections in the local underworld. Their failure to follow directions cost them their lives. Kanakis and DiMaggio shared the same loanshark and Kanakis’ decision to testify against him in court in the aftermath of DiMaggio’s killing almost cost him his life too. Twice.

The DiMaggio murder triggered a major investigation into area loansharking, within months landing legendary Detroit mafia powers and brothers Anthony (Tony Jack) Giacalone and Vito (Billy Jack) Giacalone, Kanakis’ shylock Bernard (Bernie the Hammer) Marchesani and his killers, Marchesani-henchmen Pete Vassalo, Bobby Dunaway and Johnny Palmer in handcuffs facing racketeering and manslaughter charges in state court. The 37-year old Dunaway never made it to trial. He was the first casualty of the fallout, found shot in the back of the head and stuffed in the trunk of his car at Atlanta’s Hartsfield Airport in May 1968, exactly a week before the indictment dropped.

Kanakis, a gambling expert and Marchesani rival, testified at the trial, drawing the Giacalones’ ire and getting a murder contract placed on his head even though he spoke exclusively regarding his affairs with Bernie the Hammer, not Tony or Billy Jack. Nonetheless, the Giacalones, who were acquitted in the case, wanted him dead and gave the contract to “Frankie Rah Rah” Randazzo, the Detroit mob’s head of its prostitution rackets. Frankie Rah Rah and Ernie the Greek had once been partners in a gambling business together along with Siggy Siragusa. Nick Ditta, an accomplished hit man dating back to the Prohibition days, got assigned by the Giacalones to help Randazzo and Siragusa out with the contract.

They’re attempt to kill Kanakis in the basement of Randazzo’s Northwest Detroit house on the evening of July 11, 1976 backfired. Kanakis killed them instead. Ernie the Greek was found not guilty in the triple homicide of Randazzo, Ditta and Siragusa on the grounds of self-defense. He survived another attempt on his life by the Giacalone crew in the 1980s prior to retiring to Las Vegas where he died of a heart attack in 2005.

Sam DiMaggio was a cousin of deceased Detroit mob hit man Frank (The Iceberg) DiMaggio, a transplanted Chicagoan and revered strong arm in the Motor City crime family who passed away from cancer in the early 1960s. The proprietor of a fruit market on Detroit’s eastside that incurred severe damage in the city’s 1967 race riot and in need of money for repairs, DiMaggio went to Bernie Marchesani, the Giacalone brothers’ main loan shark, in the fall of 1967, and borrowed $15,000.

Quickly falling behind on his payments to Marchesani, DiMaggio found himself skating on thin ice with the local mob. Marchesani, a man suspected in taking part in numerous gangland murders in his mob career, dispatched Pete Vassalo, Johnny Palmer and Bobby Dunaway to DiMaggio’s Sterling Heights, Michigan home on March 28, 1968 to rough him up. Because of his sharing common lineage with Frank the Iceberg, the trio of hoodlums was told not to use deadly force, just to “put him in the hospital,” per one FBI record related to the incident.

Well, they put him in the hospital alright. And he died there the next day.

According to court filings, DiMaggio was picked up at his house at 7:00 p.m. in a car driven by Vassalo and containing Palmer and Dunaway as passengers. Dunaway and Palmer had gone inside DiMaggio’s residence to retrieve him and before they left DiMaggio’s wife expressed concern, to which DiMaggio eased her worrying by telling her he was going to be okay. Almost the exact second DiMaggio got into Vassalo’s vehicle and Vasallo started driving away, his wife, son and next door neighbor witnessed Dunaway begin pummeling him with punches.

The next time DiMaggio’s family saw him was nearly three hours later when he was dumped off on his front lawn, thrown from Vassalo’s speeding car in very bad condition, sporting several broken bones, a cracked skull and suffering from internal bleeding. Rushed to the hospital, DiMaggio died hours later, on March 29, 1968, having named Vassalo, Dunaway and Palmer as the men that had assaulted him on his deathbed.

Bernie the Hammer and his bosses, the Giacalones, were livid. DiMaggio’s killers were all immediately marked for death. Dunaway was clipped on May 8, 1976. Vassalo and Palmer were convicted at trial for second-degree murder in furtherance of felony in the DiMaggio slaying and did prison time. Vassalo was offed months following his release in 1972. Palmer vanished on the heels of his release in 1977.

Billy Giacalone’s right-hand man, Frank (Frankie the Bomb) Bommarito, was questioned in the Dunaway homicide investigation. Bommarito, 87, did just under five years in prison in the 1980s for plotting to murder Ernie the Greek Kanakis and send pictures of his dead body to the Giacalones in a Christmas card.

Both Giacalone brothers and Marchesani were considered suspects in the iconic and still-never-solved Jimmy Hoffa kidnapping and murder which occurred on July 30, 1975. Bommarito was hauled into the FBI office for interrogation on the Hoffa homicide as well. Hoffa, the former Teamsters union boss and mob associate, ran afoul with the Italian crime families in Detroit, Chicago and New York in his quest to reclaim the union presidency after he finished his own stint behind bars for fraud and jury tampering.

Tony Giacalone (d. 2001) was Hoffa’s longtime contact in the Detroit mafia and scheduled to meet him for lunch at a restaurant in Bloomfield Twp., Michigan the afternoon he disappeared. Billy Giacalone (d. 2012) was the lone local mob administrator unaccounted for by FBI surveillance units the day of the Hoffa hit and believed by some in law enforcement to have acted as the triggerman on the job.

Marchesani was finally incarcerated in 1985 on an extortion conviction – his victim received a dead bird with a broken neck delivered to him as a threat to induce payment. Bernie the Hammer had been on the run from the law for close to five years (1981-1985), a time period in which he’s alleged to have possibly killed his 21-year old girlfriend Colleen Smith. He died of stomach cancer in 1998 at 74 years old surrounded by family at home courtesy of a prison-granted medical leave.