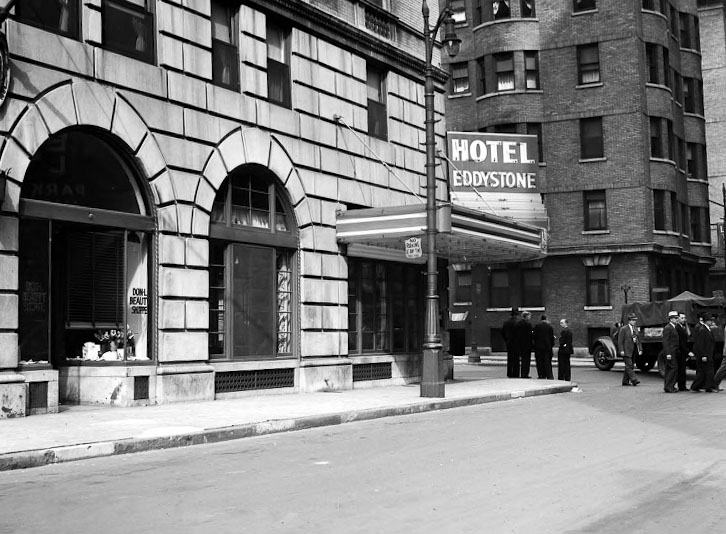 Forty years ago this week, the Detroit mafia was shaken to its’ core with the slayings of three made men in a gangland hit-gone-wrong. The Motor City’s infamous “Bicentennial Mob Murders” took the lives of Frank (Frankie Rah Rah) Randazzo, Nicolo (Nick the Executioner) Ditta and Joe (Siggy) Siragusa, killed by their intended target, local mafia associate and underworld gambling expert Ernest (Ernie the Greek) Kanakis inside the basement of Randazzo’s Northwest Detroit residence on the evening of July 11, 1976, only days removed from the American Bicentennial celebration.

The 72-year old Randazzo, the Motown mob’s king of the prostitution racket, had been beefing with Kanakis over a failed partnership in a joint gambling business at the time of the triple homicide. Years earlier, “Ernie the Greek” had testified at a mafia loansharking trial. Kanakis would be acquitted of the three murders at trial a year later on the grounds of self-defense. He survived another mob-orchestrated attempt on his life in the 1980s before going on to retire to Las Vegas where he lived quietly until his death of a heart attack in 2005.

“Ernie was loud and obnoxious, but he was a big time earner and that earned him a certain level of prominence in the city’s rackets,” retired FBI agent Mike Carone recalled. “I don’t think there was any question though that despite him being a bit of a blowhard, he was quite capable of fending for himself on the street. I mean he wasn’t easy to push around. It was known he could handle a gun.”

Kanakis’ troubles with the Detroit mafia dated back to the early 1970s when he agreed to take Randazzo and Siragusa on as partners in a backdoor casino in the city’s then mobbed-up Greektown district as a means of getting the lecherous goodfellas off his back. Randazzo and Siragusa had targeted Kanakis, who ran a profitable independent gambling operation out of a diner in the nearby Eddystone Hotel (pictured in this article’s featured image) for a shakedown. Instead, he agreed to go into business with them and in the fall of 1972, the men opened an after-hours joint inside a Greektown health club known as, “The Summit.”

Within a year, the relationship between Kanakis and his partners in the mob soured and Kanakis broke off the partnership, going back on his own at the Eddystone. The mafia black balled him though and his diner and his gambling rackets lost costumers in bulk, forcing him to go to an area loan shark and mobster named Bernard (Bernie the Hammer) Marchesani for a $10,000 loan, which he couldn’t pay back.

After Marchesani was indicted, Kanakis agreed to testify against him in court. Marchesani’s co-defendants in the case were the notorious Giacalone brothers (“Tony Jack” & “Billy Jack”), the Detroit mafia’s street bosses and day-to-day leaders, linked to dozens of murders and beatings in their-near half-century reign (1960-2000). Kanakis’ appearance in the witness box got him even further in the mob’s bad graces.

“I think testifying at the Giacalones trial, even though he didn’t point his finger directly at the Giacalones themselves, was probably the final straw,” retired federal prosecutor Keith Corbett said. “He rubbed some people the wrong way and was already on a lot of people’s bad sides – that most likely pushed things over the edge. Plus, I think they (the mob) wanted his gambling business, which might have been down in profits from its peak, but was still more than salvageable. ”

According to FBI documents, Tony Giacalone ordered Kanakis’ murder and gave the contract to Randazzo and Siragusa, who in turn brought in seasoned mob hit man Nick Ditta, to aid them with the hit. Ditta, 71, was a professional assassin, tied to more than 20 mob murders in Michigan and beyond – Detroit mafia brass was known to farm “Nick the Executioner” out to other crime families in other parts of the country for use in the planning and carrying out of murders.

Randazzo lured Kanakis to his basement on the night of July 11, 1975 with the promise of a $4,000 payday for helping him dispose of a faulty safe. It was a ruse.

The moment Kanakis got down to Randazzo’s basement he was jumped by Frankie Rah Rah and Siggy Siragusa. While Randazzo held Kanakis, Siragusa began stabbing him with an ice pick. Ditta emerged with a gun, equipped with a makeshift silencer, and put it to Kanakis’ head, pulling the trigger. Instead of blowing Ernie the Greek’s brains out, Ditta’s weapon jammed, giving Kanakis time to reach for his own gun in his ankle holster and shoot all three of his assailants at point-blank range.

Siragusa and Randazzo both died immediately. Bleeding profusely, Ditta lived long enough to climb up Ranazzo’s stairs and get to the kitchen telephone to call 911. By the time the ambulance arrived, Ditta succumbed to his wounds, his right hand still clutching the phone receiver.

Following Kanakis’ acquittal in 1977, he got a five-year reprieve from the mob’s wrath. Then, in late 1982, Kanakis again became the target of a mob hit for his indiscretions the previous decade. Detroit mafia lieutenant Frank (Frankie the Bomb) Bommarito, Billy Giacalone’s right-hand man for more than 40 years, was arrested in 1983 for paying hit man Charles Acker to kill Kanakis, snap photos of the dead body and send them to Giacalone and his brother in a Christmas greeting card. Acker was an FBI informant. Bommarito pled guilty to attempted murder and did five years in prison.

“Charlie Acker came to us and told us that Frankie the Bomb wanted him to hit Ernie Kanakis,” he said. “We were a little blown away. All we could think of at the office was how sadistic it was to wait in the shadows for all those years and then come after him like that. It was like an animal stalking its prey, waiting just for the exact right time to pounce and devour it. We thought it spoke to the nature of a lot of this crime family and how they operated. They might not always look dangerous, but they always are. They work in the shadows, they do it quietly. Make no mistake, though, they’re as cold blooded as any mob in New York, Philadelphia or Chicago.”

“When the mob in Detroit holds a grudge, it’s for a lifetime,” Mike Carone said. “I don’t think any single event in the last three, four decades demonstrates that more than the Ernie Kanakis situation. These guys will bide their time, lull a guy to sleep for years before striking. This outfit knows what it means to be patient.”

The murder contract on Kanakis’ head was finally lifted in the years after Bommarito’s jailing. Per DEA records, the Detroit Arab mafia made up of Chaldean (pronounced CAL-DE-AN) gangsters of non-Muslim Iraqi descent, “claimed” Kanakis in 1985, holding a sit down with Billy Giacalone to arrange for him to get a pass. The Chaldean crime family and the Detroit mob had a history of working together in the past.

Giacalone died of natural causes in 2012. His older brother Tony predeceased him by 11 years. Bommarito remains alive and active at 87.

“Looking back, lady Luck was definitely on Ernie’s side because there aren’t many people who stare down the mafia in Detroit and can say they lived to talk about it,” Corbett said. “Ernie was a colorful character and his story is without question one of the most intriguing I came across in my time working for the government. It really tells you everything you need to know about the way the mob does business in this city.”