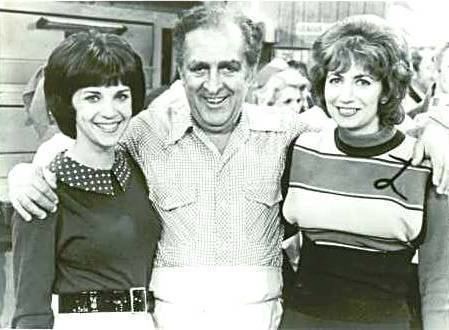 January 9, 2022 — No wonder the cast of Happy Days was so happy and Lenny and Squiggy had so much energy. According to DEA records, actor and comedian Phil Foster, better known to the world as the lovable character Frank De Fazio on the hit television show Laverne & Shirley, was the main distributor of cocaine on the ABC Studio lot in the late 1970s and early 1980s.

Foster died of a heart attack in 1985. Laverne & Shirley ran on ABC from 1976 through 1983, part of the Garry Marshall portfolio of smash-hit sitcoms of the era. Marshall’s Happy Days show spawned Laverne & Shirley and Mork & Mindy. Some on the sets of Marshall’s shows nicknamed Foster “The Candyman,” for the fact that he supplied all the actors with their cocaine for social use.<

The DEA and L.A. Police Department tied Foster to New York mob figure Guido (The Bull) Penosi of the Gambino crime family. Penosi was the Gambino’s representative on the West Coast and one of Southern California’s biggest wholesale narcotics traffickers. NBC News followed Foster and Penosi around for four days in 1979 and recorded Foster chauffeuring Penosi around town and ushering him on and off the ABC Studio lot.

Penosi was found guilty of extorting Las Vegas entertainer Wayne Newton in a 1982 case and served three and a half years in prison. Newton and Penosi were longtime friends and Newton sought his help when several east coast mob figures were angry at him for dropping out of a stage production they were financially backing. Newton’s links to Penosi came under scrutiny upon his purchase of the Aladdin casino and hotel from businessmen connected to the Detroit mafia in 1980. Guido the Bull died of natural causes in 2010 at 80 years old.

Foster was born Fivel Feldman in Brooklyn, New York and began a career in comedy in the 1930s. Marshall brought the stand-up comedian to Hollywood and cast him in The Odd Couple television show in guests roles. That led to Laverne & Shirley, which by its third season became one of the most watched sitcoms in the world. Marshall’s daughter Penny played Foster’s daughter Laverne on the show.