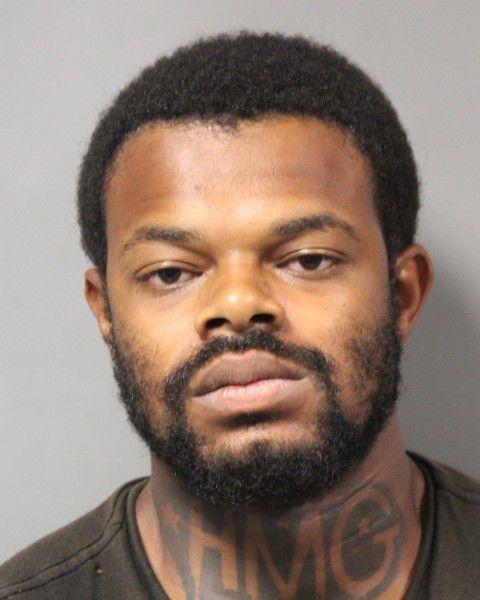 April 2, 2021 – Delaware drug kingpin Eric (Butter Rico) Lloyd, had his final appeal for a new trial rejected earlier this week by the state supreme court. The 42-year old “Butter Rico” Lloyd led the Wilmington narcotics organization known as the Big Screen Boys, and was convicted in 2019 of racketeering, drugs, money laundering and attempted murder in a made-for-TV soap-opera of a trial.

He was sentenced in October of that year to 30 years in state prison after cutting off his tether as the jury deliberated and taking off for Philadelphia where he was quickly recaptured. His record includes a federal drug conviction as well that he had to serve prison time for — Butter Rico returned to a federal correctional facility in the fall 2017 for a parole violation. Delaware State Police and DEA agents were on hand outside and snapping photos of Lloyd’s going away party at the 8th & Union bar and restaurant.

Lloyd’s enforcement crew called themselves “The Four Horsemen.” The muscle-for-hire unit was headed by Dwayne (BD) White, his brother, Rasheed (Fat Goat) White and their best friends, Teres (Versace T) Tinnin and Michael (M-Dot) Pritchett. According to police documents and court records, Lloyd and White opened a series of LLCs as shell companies for the Big Screen Boys to hide their assets from their ill-gotten gains.

“BD” White, sometimes called “Bop Gun,” “Boop,” or “Bubby,” was convicted in the case and was sentenced to 60 years behind bars. White moved heroin and controlled street corners for the organization. Lloyd focused more on the wholesale cocaine business.

It was White who hosted Lloyd’s going away party four years ago. Lloyd’s top advisor Damon (Frog) Anderson was busted in the case and got slapped with a 25-year term in the joint.

In the summer of 2017, the streets of Wilmington broke out into a mini drug war, pitting Lloyd’s Big Screen Boys against an upstart crew calling themselves the Young Money, Cash Money Brothers Crew (YMCMB) led by Markevis (Young Money) Stanford. The Big Screen Boys got their name by posting videos on-line of group sex with other drug dealers’ wives and girlfriends. One of the videos circulating was reportedly of Stanford’s girlfriend and caused Stanford to declare war on Lloyd.

Per court records and Wilmington Police Department files, Pritchett allegedly was given the murder contract on “Young Money” Stanford by BD White and tried to carry it out in two separate shootings that occurred in the afternoon and evening of June 6, 2017. Stanford survived both attacks, but a 6-year old boy named Jashown Banner was shot in the second hit attempt, struck in the head by a stray bullet and is now brained damaged and paralyzed from the neck down. One of Stanford’s lieutenants was murdered that same day.

White attempted to bribe Banner’s family with $20,000 cash for a sworn statement absolving M-Dot Pritchett and the Big Screen Boys of any role in causing his tragic condition. The Big Screen Boys allegedly had connections in the New Castle County court system and were having sealed court documents passed to them to post on social media, calling out informants.