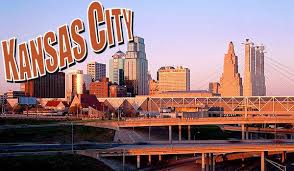 Two dozen years ago this month the first domino fell in solving the May 1990 Missouri-mob slaying of tavern owner and Kansas City mafia associate Larry Strada. Although convictions in the Strada homicide wouldn’t come for another three years, when K.C. gangland enforcer Patrick McGuire and his brother-in-law Terry Dodds were arrested on December 17, 1990 in the midst of robbing a bank in Milwaukee, Wisconsin, the wheels were slowly churning into motion for cracking the case.

In March 1992, Dodds, in the midst of serving an eight-year prison term, decided to cooperate with the government and told the FBI that McGuire had killed the 45-year old Strada on orders of Kansas City mobster John Mandacina. According to federal filings, McGuire would occasionally act as a driver and bodyguard for Mandacina and other members of the K.C. LCN Family.

Strada was gunned down outside his Gladstone, Missouri home in the early-morning hours of May 16, 1990, less than two weeks after Mandacina was sentenced to a year in prison for mob-related gambling activities, a stint behind bars he accurately blamed Strada for.

Known to be part of several mob-backed gambling and drug-dealing operations in the Kansas City area, some of which he ran out of his bar, Strada was “opened” as a paid government informant for the FBI and DEA in the mid-1980s and it was intelligence he provided to authorities that led to Mandacina’s bust in the summer of 1989 – something unearthed in pre-trial discovery by Mandacina’s attorneys.

Dodds and his and McGuire’s partner in a string of bank heists, Tommy Earlywine, both testified at a future trial to a night on the town bar-hopping with Mandacina and McGuire around Thanksgiving 1989 where Mandacina complained of his problems with Strada and offered McGuire $25,000 cash if he murdered him on his behalf. Dodds and Earlywine further testified to a conversation at a local watering hole in June 1990 where McGuire let them know Strada had in fact been executed and “not to worry because he deserved it.”

A pair of FBI agents testified that they witnessed McGuire meet with Mandacina and Kansas City mob underboss Peter (Las Vegas Pete) Simone at Simone’s Avenue Social Club hours prior to Strada’s slaying and that they had reason to believe that Simone sanctioned the hit. Simone was named an unindicted co-conspirator in the case, but avoided indictment. He was nailed for money laundering and tax evasion in 1992 and served four years behind bars. Parole violations sent him back to prison for a year in 1999.

Convicted of killing Strada at a 1993 first-degree capital murder trial, Mandacina, 68, and McGuire, 73, each got slammed with life sentences.

As of today, Las Vegas Pete Simone, 69, is still considered by the FBI as the underboss of the Kansas City mafia. He is alleged to operate out of Be Amused Vending.

The Missouri crime syndicate’s current boss is reputed to be John (Johnny Joe) Sciortino, 71 years old and a protégé of his predecessor Anthony (Tony Ripe) Civella, who died in 2006.

Court records related to Mandacina’s case state at the time of Strada’s death Sciortino was Mandacina’s capo and had warned Mandacina, and others, on a number of occasions to “steer clear” of McGuire, Dodds and Earlywine because the trio were “unreliable, unpredictable and uncontrollable” and “wouldn’t think twice in ratting someone out to save their own ass.”