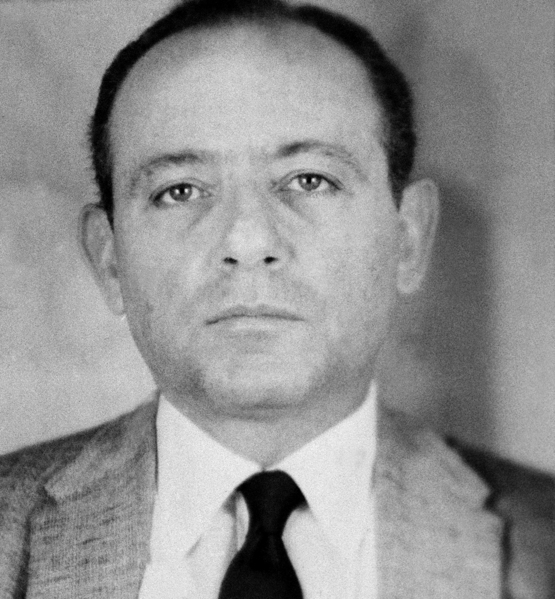 From the Book “The Politics of Heroin in Southeast Asia” by Alfred W. McCoy, published in 1972.

The flourishing heroin traffic among Vietnam-based GIs was undoubtedly the most important new market for Indochina’s drug traffickers, but it was not the only one. As we have already seen, increasingly insurmountable problems in the Mediterranean Basin had forced the American Mafia, specifically the Tampa, Florida-based Italian crime  family of Santo Trafficante, Jr. and the Corsican syndicates of Marseille to lookto Southeast Asia for new sources of heroin and morphine base. Faced with the alternative of finding a new source ofmorphine base or going out of business, the Corsican syndicates of Marseille turned to their associates in SoutheastAsia for help.

“There are people who think that once the problem in Turkey is cleaned up, that’s the end of the traffic,”explains John Warner, chief intelligence analyst for the U.S. Bureau of Narcotics. “But the Corsicans aren’t stupid.They saw the handwriting on the wall and began to shift their morphine base sources to Southeast Asia.”
The Corsican narcotics syndicates based in Saigon and Vientiane had been supplying European drug factories withSoutheast Asian morphine base for several years, and links with Marseille were already well established. During theFirst Indochina War (1946-1954) Corsican gangsters in Marseille and Saigon cooperated closely in smuggling gold,currency, and narcotics between the two ports. In 1962 Corsican gangsters in Saigon reported that Paul Louis Levet, a Bangkok based syndicate leader, was supplying European heroin laboratories with morphine base from northern Thailand.

Furthermore, at least four Corsican charter airlines had played a key role in Southeast Asia’s regional opium traffic from 1955 to 1965. Although they were forced out of business when the Laotian generals decided to c

ut themselves in for a bigger share of the profits in 1965, most of the Corsicans had remained in Southeast Asia. They had opened up businesses or taken jobs in Vientiane and Saigon to tide themselves over until something new opened up.

When Gen. Edward G. Lansdale of the CIA returned to Saigon as a special assistant to Ambassador Henry Cabot Lodge in 1965, he quickly learned that his old enemies, the Corsicans, were still in town. During the fighting between  the French 2eme Bureau and the CIA back in 1955, the Corsican gangsters had been involved in several attempts on his life.

“So I wouldn’t have to look behind my back every time I walked down the street,” Lansdale explained in aJune 1971 interview, “I decided to have a meeting with the Corsican leaders. I told them I wasn’t interested in doingany criminal investigations; I wasn’t in Vietnam for that. And they agreed to leave me alone. We had some kind of atruce.”

General Lansdale can no longer recall much of what transpired at that meeting. He remembers that a large-busted French-Vietnamese named Helene took an active role in the proceedings, that the affair was amicable enough,but not much else. Lansdale later learned that the Corsicans were still heavily involved in the narcotics traffic, but since this was not his responsibility, he took no action. (198)
Most of what Lansdale knew about the Corsicans came from his old friend Lt. Col. Lucien Conein, the CIA agent who had helped engineer President Diem’s overthrow in 1963. As a former OSS liaison officer with the French Resistance during World War 11, Conein had some experiences in common with many of Saigon’s Corsican gangsters. During his long tours of duty in Saigon, Conein spent much of his time in fashionable Corsican-owned bars and restaurants and was on intimate terms with many of Saigon’s most important underworld figures.

When Conein left Vietnam several years later, the Corsicans presented him with a heavy gold medallion embossed with the Napoleonic Eagle and the Corsican crest. Engraved on the back of it is Per Tu Amicu Conein (“For your friendship, Conein”). Conein proudly explains that this medallion is worn by powerful Corsican syndicate leaders around the world and serves as an identification badge for secret meetings, narcotics drops, and the like.

Through his friendship with the Corsicans, Conein has gained a healthy respect for them. “The Corsicans are smarter,tougher, and better organized that the Sicilians,” says Conein. “They are absolutely ruthless and are the equal of anything we know about the Sicilians, but they hide their internal fighting better.”

Conein also learned that many Saigon syndicate leaders had relatives in the Marseille underworld.

These family relations play an important role in the international drug traffic, Conein feels, because much of the morphine base used in Marseille’s heroin laboratories comes from Saigon. Corsican smugglers in Saigon purchase morphine base through Corsican contacts in Vientiane and ship it on French merchant vessels to relatives and friends in Marseille, where it is processed into heroin. “From what I know of them,” says Conein, “it will be absolutely impossible to cut off the dope traffic. You can cut it down,but you can never stop it, unless you can get to the growers in the hills.”