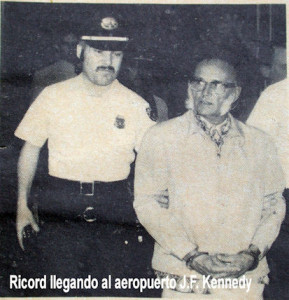 Although the few Mafia watchers who are aware of Trafficante’s journey to Asia have always been mystified by it,there is good reason to believe that it was a response to the crisis in the Mediterranean drug traffic and an attempt to secure new sources of heroin for Mafia distributors inside the United States. With almost 70 Percent of the world’s illicit opium supply in the Golden Triangle, skilled heroin chemists in Hong Kong, and entrenched Corsican syndicates in Indochina, Southeast Asia was a logical choice.Soon after Trafficante’s visit to Hong Kong, a Filipino courier ring started delivering Hong Kong heroin to Mafia distributors in the United States.

In 1970 U.S. narcotics agents arrested many of these couriers. Subsequent interrogation revealed that the ring had successfully smuggled one thousand kilos of pure heroin into the United States-the equivalent of 10 to 20 percent of America’s annual consumption.Current U.S. Bureau of Narcotics intelligence reports indicate that another courier ring is bringing Hong Kong heroin into the United States through the Caribbean, Trafficante’s territory.

Argentina and Paraguay are popular refuges for Marseille gangsters wanted in France for serious crimes. The most prominent of these is Auguste Joseph Ricord, a Marseille-born gangster who worked with the Gestapo during World War 11. Using a variety of means ranging from private aircraft to stuffed artifacts, Ricord is believed to have smuggled some 2.5 billion dollars’worth of heroin into the United States from Argentina and Paraguay in the last five years.

Although law enforcement officials have always assumed that Ricord and his associates were being supplied from Marseille, current reports of shipments from Hong Kong and Southeast Asia to Paraguay have raised the possibility that their sources may have shifted to Asia in recent years.