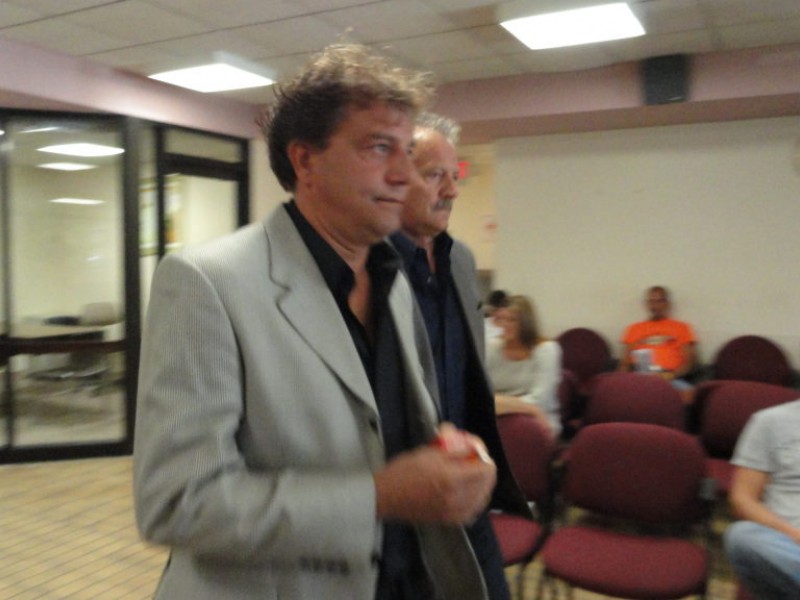 The coming year will be boom or bust for Sicilian-born Detroit wiseguy Giuseppe (Joe the Hood) D’Anna.

The recently-promoted 61-year old captain will either be on his way to heights of power he’s never achieved before or to the restrictive confines of a federal prison cell.

D’Anna and his younger brother and fellow reputed Motor City Goodfella Girolamo (Mimmo) D’Anna, 49, are slated for trial in early 2015 to face federal extortion and racketeering charges, stemming from a 2011 incident where they beat a rival restaurant-owner near-death with a baseball bat for allegedly refusing to pay a street tax. If found guilty they each could receive 20-year prison terms.

The pair pled guilty to state assault charges, – while staring at an attempted murder beef – in 2012 and were hit with a meager slap on the wrist of three-month sentences, most of which were served under house-arrest.

Angered by the light administering of justice at the state level, the Feds stepped in last year and indicted the D’Anna brothers (pictured above – Mimmo foreground, Joe background) under the RICO statute, alleging the beating given to Pietro Ventilmiglia, owner of Nonna’s Italian Kitchen, located across the street from the D’Anna’s Tire Mi Su Ristorante in Shelby Township, (a suburb 20 miles north of Detroit), was part of a two and a half-year pattern of extortion and criminal bullying.

According to sources on the street and in law enforcement, Joe D’Anna was tapped a new capo in the freshly-minted Jack (Jackie the Kid) Giacalone regime at some point in the last year, assuming control of the former crew ran by Anthony (Tony Pal) Palazzolo, who was upped to Giacalone’s consigliere. Those same sources say Joe the Hood is currently the Family’s “most powerful” captain and only gaining “juice” as we head into the New Year.

D’Anna has been in charge of the Detroit mafia’s “zip” contingent for over 20 years, always reporting directly to Tony Pal.

There is speculation among Michigan mob-insiders that D’Anna’s elevation to capo-status was, at least in part, a conciliatory gesture by Giacalone, due to rumblings of a rift between them surfacing after Jackie the Kid’s dad, legendary Detroit Mafioso Vito (Billy Jack) Giacalone, died in early 2012.

Joe the Hood and his brother have been consolidating power on the eastside of the city over the past few years, per sources, taking advantage of the absence of Frank (Frankie the Bomb) Bommarito, the Giacalone family’s former capo in the area who was demoted by Jackie the Kid following his father’s passing. Suddenly, people once loyal to the Giacalones via Bommarito began cozying up to the D’Anna brothers, causing issues for Bommarito’s replacement, David (Davey the Donut) Aceto, Jackie the Kid’s close friend and one-time driver. A reported sit-down was held between Joe the Hood and Jackie the Kid in 2013 mediated by the syndicate’s then-consigliere Dominic (Uncle Dom) Bommarito and regarding tributes that once went to Frankie the Bomb being rerouted to the D’Annas instead of Aceto.

With increased backing on the streets, Joe D’Anna has emerged as a “true force to be reckoned with” in local gangland circles, per sources, allegedly overseeing large swaths of gambling, loan-sharking and drug territory in Macomb County, the Metro Detroit eastside mob-enclave made up of a series of ethnic-centered neighborhoods that meld cultures of Italian, Polish, Irish, Albanian and Arab-descent.

He is also aligning with the area’s biker gangs , according to these sources, another leverage tactic trying to exploit the absence of Frankie the Bomb as the Giacalones’ point man on that side of town. Bommarito, 85, had always run interference for the Giacalone crew and the bikers, until the recent demotion and partial-shelving.

The D’Anna brothers arrived in the U.S. from their hometown of Terrasini, Sicily on a full-time basis around 1990 and settled in Detroit, a region they were quite familiar with. Their uncle, Anthony (Tony Cars) D’Anna, was a capo in the Detroit mafia throughout a large portion of the 20th Century and a close friend of longtime Michigan mob Don Joseph (Joe Uno) Zerilli.

Tony D’Anna (died in 1984) looked after the crime family’s interests in the auto industry from the 1930s until he retired in the 1970s. He is alleged to have literally killed his way to the upper echelon of the Motor City underworld – “making his bones” in 1920 at 20 years old by murdering early-era Detroit Godfather Giovanni (Bloody John) Vitale, the man that killed his father and two uncles months earlier, and then almost 20 years later allegedly shooting Zerilli’s cousin Giuseppe (Joe the Baron) Tocco to death – with Zerilli’s blessing – in 1938 and taking over his job as capo of the city’s Downriver crew.

Zerilli (died in 1977) and Tony Cars were both born in Terrasini and immigrated to America with their families together in 1910. The majority of “made guys” in the Detroit mob trace their roots to the town of Terrasini, Sicily located near Palermo. Salvatore D’Anna, Joe the Hood’s first-cousin, is the reputed Godfather of Terrasini today.

Although Joe D’Anna didn’t relocate to Detroit until the 1990s, he first appeared on the FBI’s radar more than a decade prior when as an aspiring gangster he would travel to Michigan in the 1970s to visit with his uncle and occasionally act as a gofer, driver and bodyguard for Anthony (Tony Z) Zerilli, the son of Joe Zerilli and at that point in time the Family’s underboss.

Both D’Anna brothers are believed to have been “made” twice – once in Sicily in the 1980s and once in Detroit in a 1991 ceremony conducted by then-boss Giacomo (Black Jack) Tocco and alongside future turncoat Nove Tocco and current capo Paul (Big Paulie) Corrado, according to what informants have told law enforcement.

Around Thanksgiving 1993, Joe and Mimmo D’Anna opened up Tir Mi Su Ristorante on 23 Mile Road in Shelby Township and began headquartering their operations out of the eatery and a number of other subsequent franchise-locations. Their current legal troubles surround the Shelby Township-locale and Pietro Ventilmiglia’s opening of his nearby Nonna’s Italian Kitchen in March 2009, which drew the D’Annas’ ire.

Ventilmiglia, a native of Terrasini, Sicily just like the D’Annas, was immediately approached by Joe D’Anna about paying a monthly tribute, according to court filings. When Ventilmiglia refused to cough up any shakedown cash after numerous strong-arm attempts, D’Anna told him he should shutter his business and move back to Sicily.

Again Ventilmiglia bucked. This led to Joe the Hood storming into Nonna’s Italian Kitchen one afternoon in April 2011 and with his baby brother Mimmo standing watch at the door, attacking Ventilmiglia with a baseball bat. D’Anna struck the defenseless Ventilmiglia 11 times in the head, face, neck, shoulder, back and abdomen, leaving him unconscious, barely breathing and in the hospital for the next three weeks. As he administered the vicious beating, D’Anna is alleged to have yelled “Don’t you know who I am?” and threatened to have Ventilmiglia’s family back in Terrasini killed.

Federal prosecutors plan on calling a former employee of the D’Annas’ at Tir Mi Su to testify at the forthcoming trial and tell the jury of an encounter in 1994 when Joe the Hood took him into his office and pulled a shotgun on him for considering going to work for a competing restaurant.

“Joe’s probably screwed, but if he somehow beats the charges at trial, he’s positioned himself to be a real heavyweight (in the Detroit mob),” said one member of the local underworld. “He’s got a lot of guys on the street that are loyal to him.”