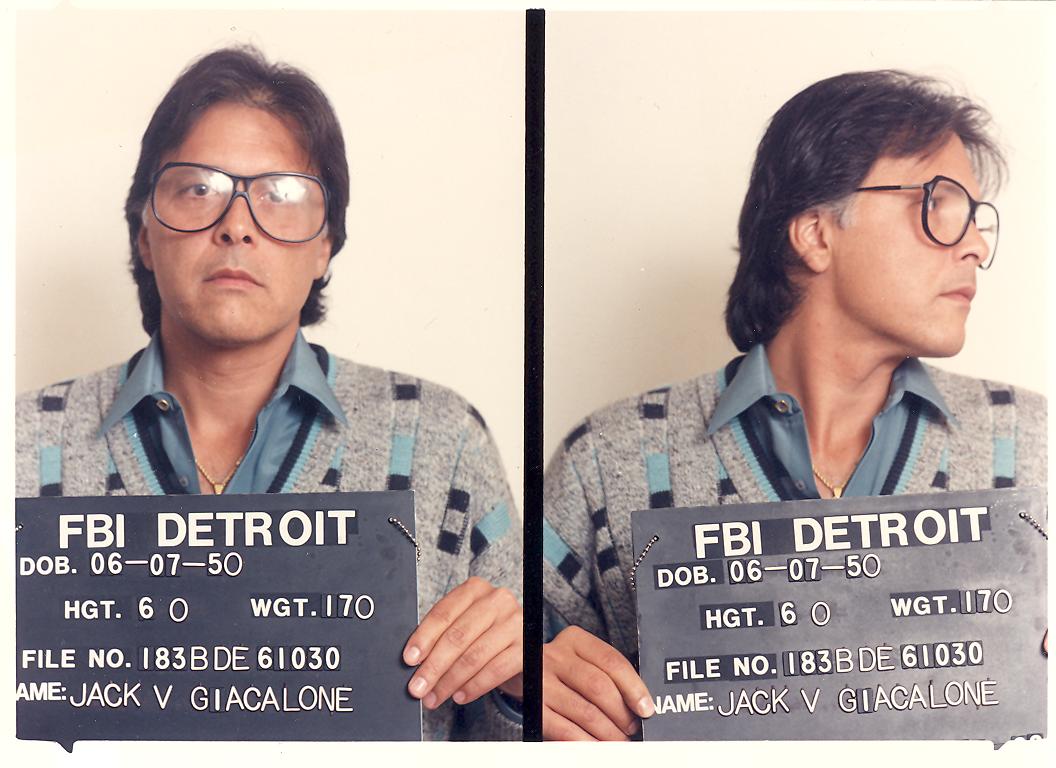 Newly-anointed Detroit mafia boss Jack (Jackie the Kid) Giacalone will be a little light in the wallet this Christmas season, minus the hefty annual holiday bonus delivered to him and his family for years by Michigan gambling czar H. Allen Hilf better known simply as “The General” or “Fat Allen.”

This will be Jackie Giacalone’s first Christmas in years spent without his best friend, top-earner and reputed “street advisor”/de-facto consigliere. One of the biggest bookies in the United States, Hilf, 77, died of kidney failure back in January. Because he was Jewish, he was never formally inducted into the mob, however, rose to ranks in the Motor City crime syndicate that few of non-Italian heritage ever have.

According to federal documents related to Hilf’s underworld connections, Hilf would shuffle six-figure tributes to the Detroit mafia through the Giacalones, first through Jackie the Kid’s dad and uncle, street-boss capos Vito (Billy Jack) Giacalone and Anthony (Tony Jack) Giacalone and then directly through Jackie the Kid himself, every December, dating back to 1971. Hilf was promoted to overseer of the Giacalones’ gambling operations following the December 6, 1971 murder of previous Giacalone gambling lieutenant Sol (Good-Looking Sollie) Shindel.

“The Christmas tribute from Allen was like clockwork, it was as traditional in the Giacalone household at the holidays, as hanging decorations on the tree, drinking eggnog and going to Midnight Mass,” said one Giacalone crew associate.

Per sources close to Jackie the Kid (pictured above in featured image – 1990s FBI mug shot), Hilf’s death has adversely effected his bottom-line.

Despite his elevation to Don in 2014 (upon predecessor Giacomo “Black Jack” Tocco’s death of heart failure), these past three years have been some rough ones for the  64-year old Giacalone, nicknamed “Jackie the Kid” by his uncle for his boyhood love of cowboy movies. In 2012, he lost his dad and the Family’s then-underboss Billy Giacalone, buried at 88, dead of old age.

The following year, his oldest daughter, Chantel, an aspiring actress and model living in L.A. fell into a coma on a trip with friends to Las Vegas. She remains on life-support at the University of Michigan Hospital in Ann Arbor, 45 minutes away from Detroit.

Then at the start of this year, his closest confidant Hilf died somewhat suddenly – The General was active in his role in the underworld up until the last month of his life.

For decades prior to his passing, Hilf and Giacalone, 64, were practically inseparable, seen gallivanting around town together holding court at the area’s most popular restaurants and nightclubs. They were also known to frequent the local strip-club scene, territory Giacalone and the Detroit mob taxed and helped regulate. The pair could often be seen lunching at The Stage Deli in West Bloomfield, a restaurant that is located directly acros

s the street from where Hilf lived and only a mile away from Giacalone’s lakeside estate.

Their relationship later in Hilf’s life drew comparisons to the fictional relationship between New Jersey mob don Tony Soprano (James Gandolfini) and Eastcoast Jewish racketeer and handicapper Herman “Hesh” Rabkin (Jerry Adler) in the inconic TV show “The Sopranos” – so much so that Hilf was sometimes referred to as “Hesh” on the streets from the late-1990s when The Sopranos premiered until he died.

From the 1970s forward, according to court filings, Hilf oversaw all illegal gambling activities taking place in Metro Detroit. Building a reputation as a highly-skilled handicapper and savvy underworld politician, he was a major money-earner for multiple generations of local mob powers.

The cherubic and gregarious Hilf also proved quite trustworthy; despite being arrested dozens of times and convicted of a major RICO violation, he always kept his mouth shut and refused to turn over on his Italian bosses.

Schooled in the gambling trade by long-deceased legendary area Jewish mob figures such as, Max “Big Maxie” Stern, Myron “Young Mikey” Selik and Charles “Chickie” Sherman, by the late-1960s Hilf had aligned with the heavily-feared Giacalone brothers (Tony died 2001, Billy in 2012). With their backing, his star in the local underworld began to soar.

Tony and Billy Giacalone were the face of the Motor City mob on the street for more than a half-Century, their names and respective crews linked to literally dozens of gangland executions, including both being prime suspects in the famed disappearance and murder of Teamsters boss Jimmy Hoffa in 1975. Hoffa’s FBI file alleges that he used to spend thousands of dollars a week betting through Hilf’s sports book.

FBI surveillance logs throughout the last 40 years note Hilf’s frequent presence among the Giacalone family in social and business situations alike. According to sources that were close to him, he became bonded to the younger Giacalone when Jackie the Kid was placed under Hilf’s tutelage by his father in the early 1970s for him to learn the gambling business.

His last major arrest was in 1992, when he was indicted and subsequently convicted, along with Billy & Jackie Giacalone and several others, for operating a multi-million dollar bookmaking ring in tandem with the Genovese Family in New York and New Jersey (used as a “lay-off bank”), and wound up serving three years in federal prison. During that investigation, Hilf’s possible involvement in NBA point-shaving and his connection to several Detroit Pistons players, including Hall of Fame point guard and team captain Isiah Thomas, were probed, however never led to any charges being filed.

What the probe did reveal was that Thomas hosted a regular series of high-stakes mob-funded casino nights at his mansion in the ritzy suburb of Bloomfield Hills, his suspicious play in three games in the 1988-89 campaign and his red-flag waiving check-cashing activity at a mafia associate’s grocery store. Thomas was called in front of a Federal Grand Jury related to Hilf’s and the Giacalones’ RICO case.

Court records cite a meeting in the spring of 1989 between Thomas’ teammate and best friend Mark Aguirre and FBI agents where Aguirre informed the Feds that he was worried that Thomas was “in deep” with the mob and that he was doing a lot of palling around with Hilf and Jackie Giacalone. The gangster duo were given floor seats to Pistons game by Thomas, who led the franchise to its’ first of back-to-back NBA World Championships that summer, according to those same court records.

Hilf’s most recent jail term was a year and a half in the late-1990s, coming as a result of his spending time with Jackie the Kid, a violation of his parole spawning from his 1992 bust.

Giacalone was federally indicted in 2006 on racketeering charges — an indictment where Hilf was an unindicted co-conspirator — but was acquitted by a jury at trial in 2008.

Another skill Hilf possessed was his ability to get along and do business with the area’s large black and Arab gangster population, often acting as a liaison on behalf of the Giacalones with the two groups and assigned to run joint-rackets with them. Similar to “Hesh” on the Sopranos, Hilf favored dating black women.

Not only was Jackie the Kid a pallbearer at Hilf’s funeral but so was storied Detroit African-American kingpin Francis (Big Frank Nitti) Usher, alleged to be retired and living in Indianapolis.  Hilf was buried with a pair of dice in the palm of his throwing hand.

“Jackie honestly loved Allen like a brother, they were as close as two people in that world could be” said Randall, familiar with the tandem after tracking them for the government for almost 30 years. “I think it’s more than just business. That said, the money is the money and Allen knew how to make a lot of it, hand-over-fist. Everyone, not just Jackie, is hurting from that loss.”