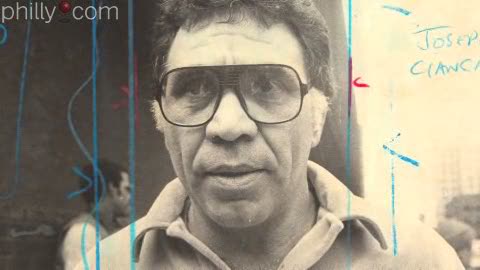 From practically the moment jailed Philadelphia mob bigwig Joseph (Chickie) Ciancaglini landed back in the City of Brotherly Love almost two months ago, envelopes filled with cash have been headed in his direction, according to law enforcement sources.

Ciancaglini, 80, has been incarcerated for over 30 years and was recently transferred to a Philadelphia halfway house. He’ll be released in the spring from serving time on a series of racketeering busts (1981, 1987) and, per police and gangland sources, is expected to take some sort of administrative post in the Family he once held captain-status in during the early-1980s the minute he becomes a free man.

“Chickie is revered, he’s a king to these guys (the current syndicate),” said one source. “Most of them grew up running errands for him and looking up to him to begin with. Back then he had a reputation as a hitter and an earner. That endears you to guys on the street. Then, he does three decades in the joint without blinking, that’s only enhanced the aura that surrounds him. We’re hearing they’re already starting to shuffle money to him.”

Right now, the FBI believes Joseph (Skinny Joey) Merlino runs the Family from afar (as a burgeoning restauranteur in South Florida), with his boyhood chums Steven (Handsome Stevie) Mazzone and John (Johnny Chang) Ciancaglini looking after things back in Philly in his stead.

Former acting boss Joseph (Uncle Joe) Ligambi is serving as consigliere, according to sources, however openly telling people he’d step down and give the position to the elder Ciancaglini, if Chickie desires the job.

Ligambi, 75, fronted the Philadelphia mafia on behalf of the imprisoned Merlino throughout the whole decade of the 2000s and the early 2010s, stabilizing a syndicate that had been careening out of control on and off for two decades. He recently dodged a racketeering conviction, surviving two mistrials and three years held in federal custody because he was denied bail in the case.

Skinny Joey, 52, Mazzone, 51, and the younger Ciancaglini, 59, weren’t as lucky back in the day. All three were convicted in a 2001 federal racketeering trial charging mob activity and the participation in a bloody shooting war for power in the local underworld throughout the 1990s, a carnage-coated conflict that cost Johnny Chang his two baby brothers (one killed, the other maimed). Handsome Stevie and Johnny Chang came out of the clink in 2008. Merlino joined them three years later in 2011.

Merlino’s dad, Salvatore (Chuckie) Merlino, the Family’s underboss in the first half of the 1980s, was close friends with Chickie Ciancaglini and passed away in October 2012.

There is speculation amongst “insiders” on the street that Chickie might be in line for any of the three top spots in the Philly mob and informants are telling the FBI that it will be up to him which one he wants, if any. If and when that happens, things would reshuffle in the Family’s administration, with Mazzone, Johnny Chang and Uncle Joe Ligambi filling whatever slots he doesn’t choose. Merlino will remain boss in some capacity no matter what, per sources.

Chickie Ciancaglini is a legendary old-timer tracing his roots in the underworld to the old Angelo Bruno-Phil Testa-and-Nicky Scarfo mob regimes, periods of time representing the final golden eras in the area’s mafia landscape. He first made a name for himself as a labor union goon with the Teamsters in the 1960s and then became a highly-feared enforcer and bodyguard for Bruno capo Frank (The Barracuda) Sindone in the 1970s, overseeing Sindone’s loansharking and bookmaking operations.

After Sindone took part in an unsanctioned palace coup that resulted in Bruno’s assassination in March 1980, Ciancaglini was given the contract on his mentor’s life. He and Chuckie Merlino subsequently murdered him in October of that year, according to court filings. Following the Sindone hit, Ciancaglini was promoted to capo of his crew.

When Scarfo’s underboss and nephew Philip (Crazy Phil) Leonetti entered the Federal Witness Protection Program in 1989, he told the FBI that Chickie Ciancaglini killed Jewish gangster Alvin Feldman by stabbing him to death with an ice pick. His 1987 indictment included his participation in the 1981 murder of fellow wiseguy Johnny Calabrese. Multiple Confidential Informants have clued the Feds in on his alleged ordering the January 1983 slaying of New Jersey drug dealer Robert Hornickel, reputed to have been carried out by aspiring mobsters Ronald (Cuddles) Di Caprio and Joe Gavel. Di Caprio was nailed with a 20-year prison-term on related charges.

Joey Chang was Sicilian-born Godfather John Stanfa’s No. 2 in charge, named underboss as a measure to alleviate fast-growing tensions between Stanfa, the homicidal Scarfo’s successor, upon Scarfo’s imprisonment on murder and racketeering charges, and a group made up mostly of sons and nephews of Scarfo-era mob lieutenants and headed by Skinny Joey Merlino and Mikey Ciancaglini.

It was a measure that didn’t work.

Sources intimately-familiar with the situation claim Chickie and Johnny Chang were counseling opposite strategies from behind bars as the war erupted in the spring of 1992 and bodies began dropping in the streets – starting with Mikey Chang and Stevie Mazzone allegedly orchestrating the murder of Stanfa confidant “Little Felix” Bocchino.

Johnny Chang was telling his brothers to work out their differences and if they couldn’t to wait until he came home and he would mediate the dispute. Chickie was instructing Merlino and Mikey Chang to point-blank stop their insurgence and go underneath Stanfa’s banner.

Neither ended up happening….at least successfully.

Instead, Mikey Chang is suspected as being part of a hit team that unloaded a barrage of bullets into Joey Chang in a diner in March 1993, an attack he miraculously survived (though leaving him physically impaired) and in retaliation Stanfa-dispatched gunmen John (John John) Veasey and Phil Colletti shot Mikey Chang dead on a South Philly street corner in August 1993. Further tit-for-tat in the warfare is alleged to have seen Johnny Chang acting as the triggerman in the fall 1995 early-morning execution of Billy Veasey, a fringe gangland player and John John’s older brother, hours before John John himself was slated to testify at Stanfa’s murder and racketeering trial. Johnny Chang was tried and acquitted of the Veasey murder.

Now both Johnny Ciancaglini and his father are fixing to be on the street together for the first time in some 30 years in only a short few months.

“If Chickie wants back in,  which everybody thinks he does, he’s going to get back in,” said a source close to the Ciancaglini clan. “Nobody’s giving him any grief over it. They all know he’s earned it.”