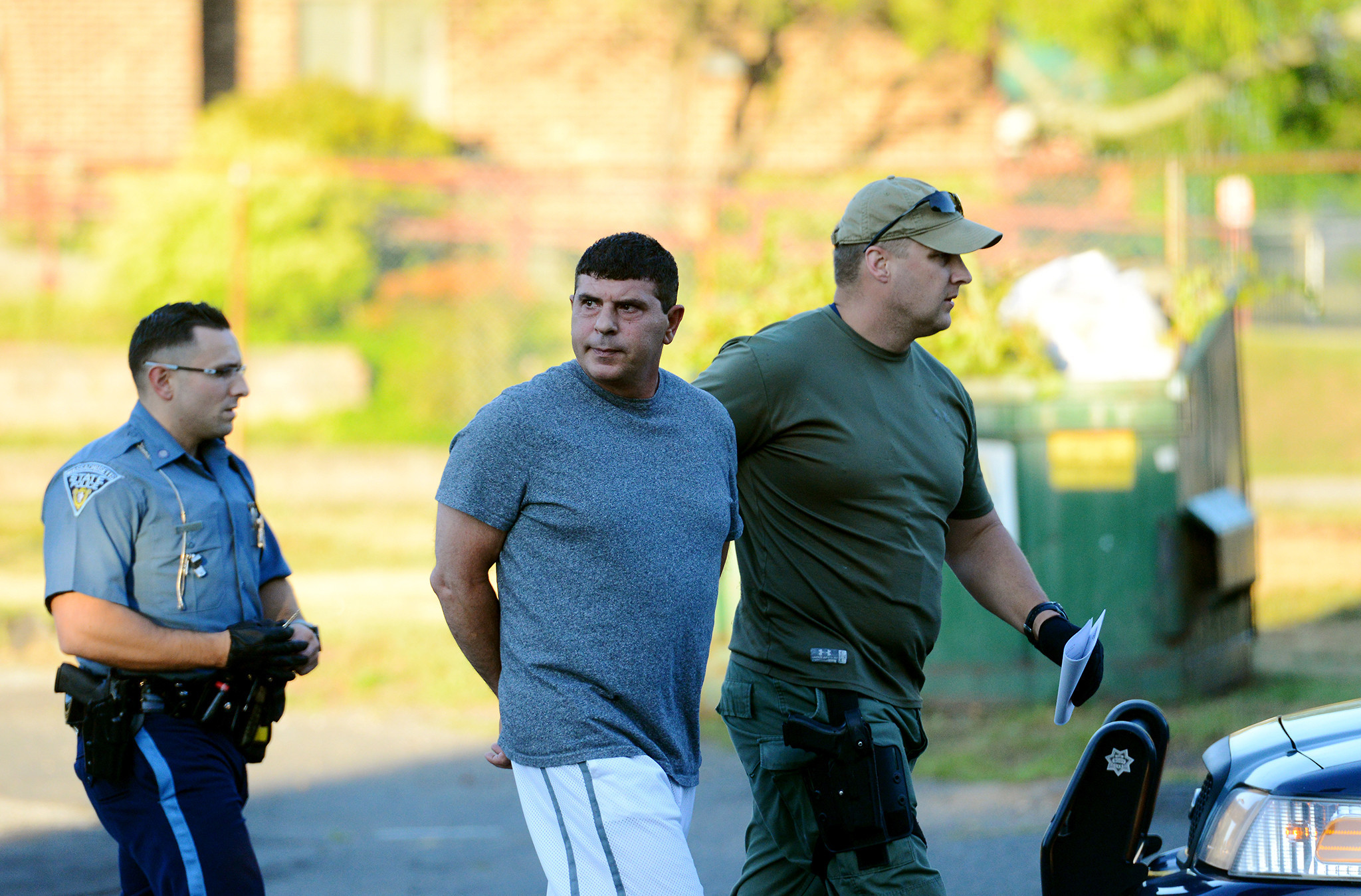 The indictment includes charges of gambling, loan sharking and extortion. According to the indictment, Santaniello slapped around an extortion victim who owned a local towing business suspecting he might be wearing a wire, threatened to kill him, cut off his head and bury him in the backyard of his home if he didn’t reactivate tribute payments to the area organized crime faction he had discontinued the previous decade. Santaniello, said to be a recovering addict, did two years in the joint in the 2000s (2005-2007) for gambling and loan sharking offenses. He pled guilty twice to assault charges in the 1990s.

The Springfield mob crew has long acted as the Western Massachusetts wing of the Genovese crime family out of New York. Per Springfield underworld insiders, Santaniello and his first-cousin Albert Calvanese are currently in charge of mob activity in the region, reporting directly to Genovese powers in New York and Connecticut.

Depergola, 60, is the No. 3 man in the Springfield mob pecking order, per sources and Santaniello’s father, Amedeo Santaniello, is the crew’s elder statesman and de-facto consigliere. Daniele (51), Calabrese (53) and Valentini (51) are alleged to be collectors and muscle for Depergola, Calvanese and Santaniello. Valentini and Daniele have been co-defendants with Santaniello in the past (2000s racketeering case).

Amedeo Santaniello, 77, was the one-time right-hand man to slain Springfield mafia capo Adolfo (Big Al) Bruno, killed gangland style in the fall of 2003, shot to death outside his South End social club by local street tough Frankie Roche on orders from Bruno’s protégé-turned-rival Anthony (Bingy) Arillotta, who has since become a witness for the government. Bruno, 58, had beaten an attempted murder rap in 1993 with an acquittal at a second trial. The younger Santaniello was a mob running buddy of Arillotta’s in Arillotta’s heyday as crew boss in the mid-to-late 2000s.

The elder Santaniello and Bruno were feuding at the time of Bruno’s murder, a beef which saw Santaniello temporarily relocate to Florida to take refuge. Depergola was with Bruno when he was gunned down in front of Our Lady of Mt. Carmel Social Club leaving his weekly Sunday evening card game on November 23, 2003.