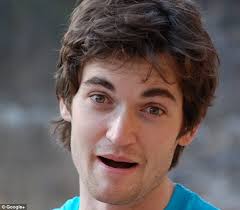 The new-age gangster can profit and inflict harm with a few simple strokes of a computer keyboard as easily, if not easier, than with a gun or a knife.

Web racketeer and drug kingpin Ross Ulbricht went on trial in New York federal court this past winter on charges that he masterminded the creation and operations of a BILLION-dollar black market internet hub for the sale of narcotics and other illegal contraband called Silk Road, a reference to a famous ancient Asian trade route. Ulbricht was convicted on Feb 6, 2015.

Similar to a traditional crime lord, Ulbricht is alleged to have pocketed a commission or “tribute” on each transaction that took place on Silk Road, a number that the FBI estimates to be a hefty $80 million dollars. Overall, authorities suspect roughly $425 million dollars of sales commission were attributed to site administrators.

Silk Road was active from February 2011 until the fall of 2013, at which point the site was shuttered by the government and Ulbricht was taken into federal custody.

He hasn’t tasted freedom since. He might never again. Or at the very least it’s decades away.

The baby-faced 30-year old faces life in prison on counts of racketeering, drug trafficking, computer hacking and money laundering. Originally, the case against Ulbricht included six attempted murders, five of which were dropped prior to jury selection and one that is sitting uncharged in an indictment out of Maryland and won’t be added into evidence in the current judicial proceedings.

Ulbricht’s trial began on January 13. He’s pled not guilty, offering a “withdrawal defense,” claiming that although he helped launch the Silk Road website, it was merely an economic experiment that he abandoned shortly thereafter and is being framed by a former friend and Silk Road-associate of his named Mark Karpeles.

At first, federal prosecutors accused Ulbricht of trying to have the half-dozen people killed for threatening to reveal the identities of Silk Road account holders. Using the site to hire hit men, he shelled out over $725,000 in fees but failed to get any of his desired results, per the indictment.

Silk Road was part of what is referred to as the “back web,” “deep web,” or “under web,” meaning that domains aren’t easily found, they run on rogue browser systems and won’t appear using standard search engines. To increase anonymity, people paid for items and services on the site with Bitcoins, on-line currency used digitally. Bitcoins are controversial due to their lack of regulation.

Karpeles, 35, is a shady French-born internet entrepreneur and financier, who was convicted of fraud and web piracy in France in 2010 and founded the American non-profit group, The Bitcoin Foundation, in early 2012 in an effort to lobby and promote the currency’s usage and adoption in the United States. He denied any links to the managing of Silk Road on his Twitter account recently.

By using a target-specific grassroots marketing campaign, in a matter of two years, Ulbricht build Silk Road into a 1.2 billion-dollar criminal empire. According to the FBI, Ulbricht started the site for the sole purpose of selling hallucinogenic mushrooms and the business paradigm quickly expanded from there.

The webmaster of Silk Road went by the on-line alias of Dread Pirate Roberts (a nod to the Cary Elwes character in the 1987 film The Princess Bride). In their opening arguments last week, prosecutors told the jury that they intended to prove throughout the course of the trial that Dread Pirate Roberts was in fact Ulbricht.

Earlier this week, FBI and IRS agents testified about how the investigation led to Ulbricht’s doorstep……or computer, in this particular situation, and how finding him actually wasn’t all that difficult.

IRS Agent Gary Alford took the stand and told jurors that he unearthed Ulbricht’s identity via a basic Google search. Typing in the search terms “Silk Road” and “Bitcoin,” he discovered an on-line chat forum centered around Bitcoin where he saw posts from a username known as “Altoid,” first seeking code-writers and programmers, directing them to what prosecutors say was his personal email address (Rulbricht@Gmail.com) and then promoting the Silk Road website to forum browsers, writing “it’s kind of like an anonymous Amazon.com.”

Ulbricht was arrested in an elaborate FBI raid on October 1, 2013 as he conducted business on his own laptop within the Silk Road community (logged in through the Dread Pirate Roberts account) at the San Francisco Public Library.

Born and raised in a middle-class family in Austin, Texas, he attended college at the University of Texas’ Dallas campus and then graduate school out east at Penn State, earning a master’s degree in material sciences and engineering, before moving to California in 2012

“This kid was like an evil-genius version of Mark Zuckerberg (Facebook founder),” said one Fed source. “He figured everything else was going on-line, why not take the underworld there, too?”