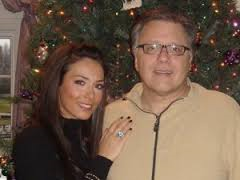 What’s in a name?

“Jackie can’t stand it when people call him Jackie the Kid, he thinks its belittling,” said a member of the Giacalone camp.

The recently-enshrined Midwest mob boss isn’t the first mobster to dislike his street-handle.

Former Philadelphia LCN underboss Philip Leonetti was greatly offended when the press began referring him as “Crazy Phil” in the 1980s. Nobody called New York Colombo crime family Don Carmine Persico “The Snake” to his face. Same with the Chicago Outfit’s notoriously-explosive rep on the Las Vegas Strip, Anthony Spilotro, when it came to “Tony the Ant.” Infamous Jewish gangster Benjamin Siegel was said to fly off the handle if anyone ever referred to him as “Bugsy” in his presence.

Giacalone’s nickname was coined by his uncle, legendary Detroit mobster Anthony (Tony Jack) Giacalone, when he was a little boy in the late 1950s in honor of his childhood obsession with cowboy movies and historic outlaw Billy the Kid.

“When he was growing up, every time Jackie would come into a room where his uncle was, Tony Jack would say, ‘There he is, Jackie the Kid’ and the nickname just kind of stuck the older he got,” said one local underworld figure. “But he’s annoyed by it at this age and I’ve seen him get pissed at people in public if they start trying to break his balls over it.”

His father was longtime Motor City mafia capo and eventual underboss Vito (Billy Jack) Giacalone, who died of natural causes in 2012. Tony Giacalone served as street boss from 1960 until his death from kidney failure in 2001.

Other monikers attributed to Jackie the Kid are “Jackie V” due to the fact that his middle initial is V for Vito and “Jackie the Bathrobe,” because he is known to hold early-morning meetings in his house wearing only a bathrobe (alas fictional mob baron Tony Soprano, although Giacalone got stuck with the underworld alias in the late 1980s, a good decade before actor James Gandolfini uttered his first lines as the lovable, yet lethal New Jersey crime lord on HBO’s smash television show, The Sopranos).

Giacalone is alleged to have been selected the Detroit mob’s new Godfather sometime in the past year. The 64-year old gangland chieftain was named a capo in 1990 and served as the syndicate’s street boss from the time his uncle Tony Jack passed away in 2001 until Michigan mafia Don Giacomo (Black Jack) Tocco appointed him his successor in the months before he died of old age last summer.

A suspect in more than one gangland murder dating back to his days as a fast-rising racketeer in the early-to-mid 1980s (the Peter “Fast Pete” Cavataio and Harold “Harry Mack” Macairz homicides in 1985, among them), Jackie the Kid was officially inducted into the mob in February 1986, according to federal documents. The induction ceremony was conducted by Tocco and his father and uncle and included his first-cousins Joseph (Joey Jack) Giacalone and Anthony (Fat Tony) Giacalone, Jr. and Tocco’s protégé and nephew via marriage Anthony (Chicago Tony) La Piana. Just weeks prior, Tony Giacalone had been released from an Atlanta federal prison after serving seven years on extortion and income tax evasion convictions.

La Piana, born and raised in Chicago and once a part of the Outfit’s Elmwood Park crew, is reputed to be Giacalone’s current underboss. Joey Giacalone, who most likely had his car used in the Jimmy Hoffa kidnapping and murder, has been a capo for almost a decade now. Fat Tony Giacalone, Jr. died of cancer in 2013.

Jackie the Kid has been convicted of racketeering offenses twice, first in 1983 and then again in 1993. He was indicted on a federal RICO in 2006, however, beat the charges at trial.