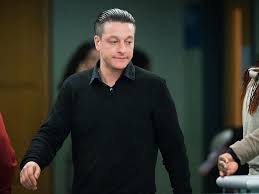 Jailed Montreal mobster Raynald Desjardins’ fearless bodyguard, 30-year old Jonathan (Jonny the Kid) Mignacca, will be joining his boss in the can very soon. All because he saved his life in 2011 with his bravery, quick thinking and even quicker trigger finger.

The law in Canada doesn’t seem to care.

Mignacca was found guilty of five counts of the illegal discharging of a firearm, illegal firearm possession and reckless endangerment earlier this week in a Quebec court, stemming from an assassination attempt-gone-wrong over three years ago that targeted Desjardins and Mignacca and caused a wrinkle in the aspiring mafia kingpin Desjardins’ palace coup.

On September 16, 2011, Desjardins and Mignacca sat side-by-side talking, parked in a Dodge Journey sports utility vehicle under a bridge overpass in suburban Laval along Montreal’s Highway 25 that bordered the River Des Prairies when a pair of gunmen, one in possession of an AK-47 rifle, emerged from the shoreline and began firing on them. Grazed by a number of bullets, an undeterred Mignacca got out of the car and returned fire with his Glock semi-automatic pistol in the direction of the assassins, getting off five unsuccessful shots and forcing the masked assailants to retreat.

Two years prior, Desjardins, 61, joined forces with deported New York mob don Salvatore (Sal the Ironworker) Montagna to challenge imprisoned syndicate Godfather Vito Rizzuto for control of the Quebec underworld and ignite a brutal modern-day mob war that saw more than a dozen bodies drop in less than five years. Although of French-Canadian descent, Desjardins has risen from a modest drug dealer to a very high-ranking

Authorities contend the September 2011 attack on Desjardins and Mignacca was a result of a falling out between Desjardins and Montagna, which led to Montagna, known as “The Baby Boss” in the New York press back when he helmed the Bonanno crime family as a 35-year old in the mid-to- late-2000s, ordering a hit on his partner.

Two months later, Montagna himself was slain in a murder Canadian prosecutors have charged Desjardins with arranging. Desjardins is currently locked up awaiting trial.

Before the war broke out, Desjardins was Vito Rizzuto’s right-hand man. Rizzuto and his father Nicolo (Uncle Nick) Rizzuto, assumed control of the mafia in Quebec by force in the 1970s.

The younger Rizzuto was convicted of participating in the famed “Three Captains Hit,” (a Bonanno Family purge of dissidents in 1981 depicted in the movie Donnie Brasco) more than two decades after it occurred. While Rizzuto served his time in an American prison, Montagna was deported to Montreal and convinced Desjardins and respected capo Joe Di Maulo to come on board for a plan to oust their incapacitated boss and grab the reins of the lucrative crime consortium themselves. Their strategy involved taking aim at Rizzuto’s blood family, killing his son, father and brother-in-law, among other loyalists to the sitting regime.

From almost the moment Rizzuto was released from incarceration in the fall of 2012 and stepped back into the fold in Canada, he launched a giant counterattack at his enemies, ordering a series of retaliatory slayings – including Di Maulo’s and his one-time Toronto crew leader Juan (Joe Bravo) Fernandez’s – before finally succumbing to an aggressive form of cancer in December 2013.

Fernandez, born in Spain, was caught on wire in Sicily (where he was murdered in May 2013) bragging that he and Desjardins were both “made” guys in the Italian mafia, despite their lack of Italian heritage, inducted together by Vito Rizzuto in the 1990s – whether or not that is a true statement remains to be seen.

Mignacca is facing a mandatory-minimum of four years behind bars. He’s due back in court for sentencing in June.

The judge in his case cited Mignacca’s own admission of being at the scene of the shooting and claiming ownership of the bullet-riddled SUV to responding police in the aftermath of the foiled hit, as reasons for his conviction.

Desiderio (Big Desi) Pompa, one of the Rizzuto family’s most-trusted bodyguards during the height of the conflict, personally chauffeuring both Vito and his dad, syndicate patriarch ‘Uncle Nick” to and from top-secret meetings and gatherings, was sent away to prison for three years in late 2014 on illegal firearm possession. Pompa was arrested in 2010, at the peak of the dispute, in a police raid of his girlfriend’s house, where the cops found three unlicensed guns hidden in a closet.