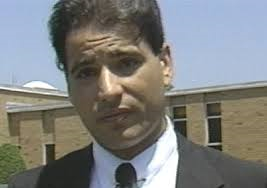 The crime family New England mob capo Matthew (Good Looking Matty) Guglielmeti, Jr. is returning to this year is quite a bit different from the one he left in 2005. And not in a good way.

Guglielmeti, 64 of Rhode Island, was released to a halfway house in mid-June, where he will stay until December, after spending the past nine years in a federal prison for a racketeering conviction related to his job as steward for a labor union and the protection of drug shipments.

When Good Looking Matty, a powerhouse in the Patriarca Family and aide-de-camp to East Coast dons for decades, went away in 2005, the syndicate that controls the rackets in Boston, Rhode Island and Connecticut was in stable condition. Today it’s in tatters.

Manocchio, one of Guglielmetti’s mafia mentors, is set to be released this year, too, but the 87-year old Godfather is alleged to have voluntarily stepped aside prior to his incarceration in favor of Boston’s Peter (The Crazy Horse) Limone and the Dinunzio brothers (Carmine and Anthony), both currently in jail themselves.

The son of Patriarca solider, Matthew Guglielmetti, Sr., Good Looking Matty made headlines early in his career in the underworld. First he engaged in a taped verbal confrontation with reporters and cameramen at the funeral of legendary crime family namesake Raymond Patriarca, Sr. in 1984 and then he was caught attending a 1989 making ceremony that was recorded by the FBI and resulted in the first federal racketeering conviction on his rap sheet in 1991 for being in charge of syndicate activity Connecticut.

At the time of his most recent bust, Guglielmetti was reputed to be looking after gambling and loan sharking in Connecticut and Rhode Island for the Family.

His reputation as a stand-up guy was enhanced in 1997 when he arrived at a Providence Memorial Hospital with stab wounds and refused to identify his attackers to medical personnel and responding detectives.

Whether Good Looking Matty looks to reestablish his roots in the Patriarca clan is up in the air for right now, however, the chances of him getting out of the business, like the elderly Baby Shacks Manocchio, seem unlikely.

“I hope he stays out of it and I wish him the best as he moves on to the next part of his life,” Rhode Island Police Commander Steven O’Connell said. “If you are a sworn member of the mafia though, it’s tough to get out. Even if you wanted to.”