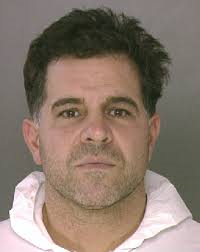 The sound of Christmas bells will be near the next time reputed Philadelphia mob soldier, Anthony (Tony Nics) Nicodemo is back in court on charges that he helped murder Gino DiPietro 18 months ago on a South Philly street corner in broad daylight.

The judge in the case, Jeffrey Minehart, recently granted attorneys’ motion for a continuance, pushing the case’s next court date back to December 1. That means Nicodemo’s second trial on first-degree state murder charges most likely won’t begin until 2015.

Nicodemo, 42 and someone who was considered a fast-rising presence in Philly mafia circles prior to his arrest in late 2012, saw his first time in front of a jury end in a mistrial in May.

Minehart was forced to dismiss three jurors, eventually calling it quits for the case just after the state rested and defense attorney Brian McMonagle offered the jury a wild scenario to explain how his client was inadvertently drawn into the aftermath of the December 12, 2012 slaying, which felled DiPietro, 50, a convicted drug dealer and suspected police informant.

Prosecutors peg Nicodemo as the getaway driver in the crime. Evidence in the first trial revealed that his Honda Pilot SUV was spotted casing the street corner the crime occurred on in the minutes before the homicide, picking up the shooter and whisking him away from the scene. Multiple eyewitnesses watched in horror as a masked assailant in a hooded sweatshirt pumped several gun shots into DiPietro while DiPietro was getting into his own vehicle.

One of the on-lookers noted Nicodemo’s license plate number and police arrested Nicodemo at his house, located only a few blocks from where DiPietro was gunned down, less than an hour later. At Nicodemo’s residence police found his Honda Pilot parked in back and inside what they believe to be the murder weapon, a .357 magnum revolver, hidden beneath the driver’ s seat.

McMonagle told jurors in his opening statement of a scenario where his client was carjacked by the shooter and forced to shuttle him from the scene before he ditched the gun and fled on foot. In an interview with legendary Philadelphia mob writer George Anastasia and Bigtrial.net last week, one of the dismissed jurors’ said they didn’t believe the carjacking defense.

Sources in law enforcement, the prosecutor’s office and on the street, suspect the gunmen in the DiPietro slaying to have been alleged mob soldier Dominic (Baby Dom) Grande, Nicodemo’s protégé and close friend. Hailing from a family rich in Pennsylvania mob lore, Baby Dom, 34, like Nicodemo, is reputed to be an up-and-comer in the Philly mafia and has had his name mentioned more than once by prosecutors in the first trial (jurors were told Grande matched the description of the shooter and that his finger prints were discovered on the outside of Nicodemo’s SUV).

Some experts, including ace local television crime reporter Dave Schratwieser (Fox29), have speculated that Grande could be indicted for his suspected role in the murder and be sitting next to Nicodemo at the defense table when the retrial eventually gets underway.

Grande is the son of former Philadelphia mob hitman Salvatore (John Wayne) Grande, who flipped after his racketeering and murder conviction in the 1980s and is living in hiding, the grandson of longtime soldier Joseph (Coo Coo) Grande and the nephew of button-man Joe Grande, Jr, recently released from prison after serving a 25-year sentence.

According to federal informants, Baby Dom was initiated into the Philadelphia crime family in 2011, in a ceremony presided over by mob boss Joseph (Uncle Joe) Ligambi, weeks before Ligambi found himself indicted and jailed on federal racketeering charges. Ligambi, 74, went on to have a pair of subsequent trials end with hung juries and was finally released from custody in January, with prosecutors throwing in the towel and deciding not to retry him for a third time.

Nicodemo was groomed by Ligambi’s predecessor Joseph (Skinny Joey) Merlino in the 1990s, serving an apprenticeship as Skinny Joey’s driver and bodyguard and according to multiple well-placed sources, was “made” in the early 2000s in one of Ligambi’s first induction ceremonies.

Merlino is currently living in Florida – possibly still running the Family, but maybe not (per his own words) –, after a dozen years in the can on a 1999 racketeering bust. Upon Merlino’s incarceration, Nicodemo, known dually as an “earner” and a tough guy, was seen chauffeuring Ligambi around town in the early days of Uncle Joe’s reign.

Despite the open knowledge of their mob affiliation – both Nicodemo and Grande were convicted in a 2008 organized crime related bookmaking bust and both are considered suspects in other underworld-connected killings – Judge Minehart barred any mention of the mafia at the trial, ruling that he could not directly link the crime to mob activity.

South Philly underworld sources tab Nicodemo and Grande as possible suspects in the gangland slaying of grizzled Philly mobster Raymond (Long John) Martorano, 75, in 2002, where Martorano was believed to be murdered for not getting in-line behind the freshly-minted Ligambi administration following his release from 17 years behind bars. Investigators label Nicodemo a “prime suspect” in the 2003 murder of renegade Mafioso John (Johnny Gongs) Cassasnto, reportedly killed, for among other things, carrying on an affair with Merlino’s wife while Merlino served his prison sentence.