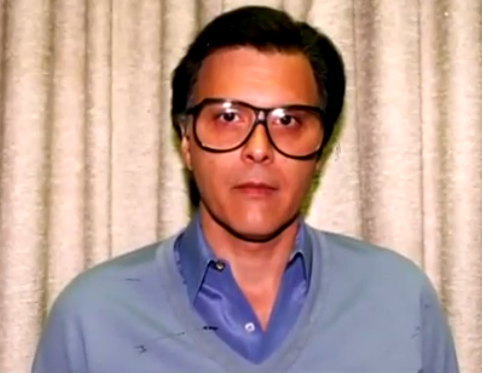 Getting his house in order

The scuttlebutt on the street in the Motor City is that newly-anointed Detroit mob don Jack (Jackie the Kid) Giacalone has officially appointed his cabinet, so to speak, recently filling slots for his underboss, street boss and consigliere posts.

There were no surprises in the selections.

Underworld sources claim that Giacalone, 62, tapped Anthony (Chicago Tony) La Piana his underboss, Peter (Specs) Tocco his street boss and Anthony (Tony Pal) Palazzolo his acting consigliere, with a promise to move him into the position in a permanent capacity soon.

Earlier this year, Giacalone was named only the fourth-ever Godfather in the 83-year history of the Midwest mafia family that his father and uncle helped build and protect dating back to the 1930s through the 2000s, replacing the retiring Giacomo (Black Jack) Tocco, 87, previously the longest-sitting mafia boss in the United States, leading the Family for the past three and a half decades.

Tocco went into semi-retirement two years ago, easing Giacalone into the role of don, appointing him acting boss in 2012. Prior to the promotion, Jackie the Kid, the son of deceased underboss Vito (Billy Jack) Giacalone and nephew of Michigan mob icon Anthony (Tony Jack) Giacalone, was the syndicate’s street boss for roughly 15 years. He took over for his uncle who died of cancer in 2001 while under a massive federal racketeering indictment he would never face in court after 40 years running the Family’s day-to-day affairs.

Informants tell local law enforcement that It’s been long known across the Motor City mob landscape that Jackie the Kid, Chicago Tony, Tony Pal and Specs Tocco represented the future hierarchy of the Family, a foursome of capos Black Jack hand-picked more than a decade ago.

La Piana, 71, is a protégé and nephew via marriage of Jack Tocco. Born and raised in Chicago, he married Michigan LCN royalty, wedding the daughter of capo and future underboss Vincent (Little Vince) Meli, in 1974 and moving to Detroit, after years in the Windy City learning the tricks of the gangland trade from mob heavyweights like, John (Johnny No Nose) Di Fronzo and Sam (Wings) Carlisi.

Although La Piana has been identified as a major Midwest mafia power broker in numerous federal government reports, U.S. congressional committee testimony and police intelligence logs over the last 30 years, he hasn’t faced criminal charges since he was a young mob wannabe on the Westside of Chicago in the late-1960s. Chicago Tony beat federal truck-hijacking charges out of Illinois at trial in 1968. He was called Jack Tocco’s “lieutenant for labor union affairs” at Tocco’s federal racketeering trial in 1998, however avoided ensnarement in the giant Operation GameTax bust himself.

Tony Pal oversees Detroit’s Downriver area and is in charge of the Family’s rackets in Canada. His last run-in with the law came in 1993 when he was arrested and served time for operating a money-laundering service for local underworld types looking to wash their criminal proceeds. FBI audio surveillance caught Palazzolo bragging to an undercover policemen from Canada that, “This is my city,” as he gazed out the window of a hotel suite at the Detroit skyline.

Palazollo, 73, had his name surface in the Jimmy Hoffa murder investigation, both at the time that it occurred in 1975 and last year, when deposed Detroit underboss Anthony (Tony Z) Zerilli pointed the FBI to a piece of property once-owned by Jack Tocco, his first-cousin, in suburban Oakland County and told investigators that he was informed by Tony Giacalone that Palazzolo bludgeoned Hoffa with a shovel and then buried him there alive. According to what

Giacalone filled Zerilli in on, Hoffa was lured to the property by then-capo Peter (Bozzi) Vitale, the Family’s longtime “Godfather of Greektown” (a popular entertainment district downtown) and Tony Pal’s mentor.

Specs Tocco, Jack Tocco’s nephew, has been acting street boss since 2012 when Jackie the Kid Giacalone got bumped up to acting boss. Both Specs, (sometimes also referred to by his childhood nickname, “Blackie”) and Jackie the Kid were indicted on federal racketeering and gambling charges in 2006, the lead defendants in a case which saw Tocco, 66, convicted and hit with prison time (2 and a half years) and Giacalone acquitted at trial.

Giacalone, Specs Tocco and La Piana are alleged to have all been “made” together in a February 1986 induction ceremony and according to informants and FBI documents, “made their bones” alongside each other. All three are considered suspects in the 1984 murder of labor leader Ralph Proctor, a onetime Hoffa ally, and Giacalone and Tocco, are suspects in the 1985 slayings of Detroit underworld figures Peter (Fast Pete) Cavataio and Harold (Harry Mack) Macairz.

The Family’s new brass keeps the balance between the syndicates’ street and boardroom groups that has existed ever since Jack Tocco took power in the 1970s, with Giacalone, like his father an uncle before him, representing the blue-collar faction and La Piana, the white-collar faction.

“Jack Tocco was always more akin to Castellano and the Giacalones more like Gotti and unlike what happened in New York they always made it work, so I see no reason why this new arrangement, which is similar, but not an exact replica, won’t work as well,” he said. “Now, it’s just reversed with whose No. 1 and whose No. 2. In the tradition of his family, Jackie is more Gotti and La Piana, who was brought up under Tocco, is more Castellano. I’m pretty sure just like with Jack Tocco, Tony La Piana is fine being in the background and having a Giacalone out in front taking most of the exposure.”

The Giacalone brothers in tandem did significant more prison time and faced numerous more indictments in their gangland careers than Jack Tocco and his brother and top aide Anthony (Tony T) Tocco (died in 2012) – well over 25 years locked up combined for the Giacalones against a paltry two for the Toccos.