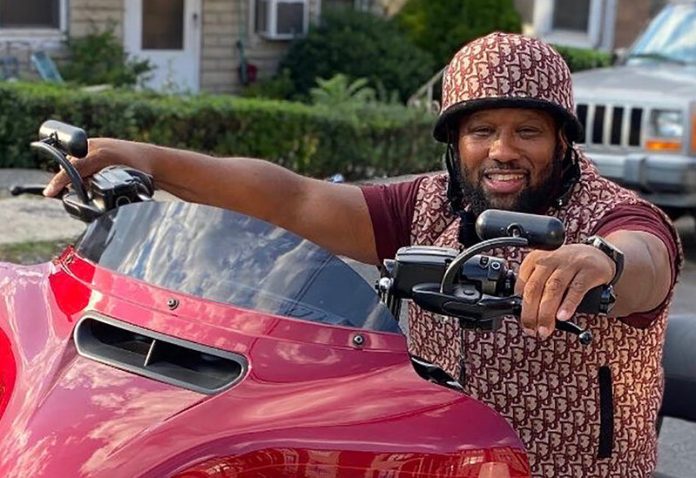 March 2, 2022 — The motive behind the murder of former New York drug kingpin Alberto (Alpo) Martinez may have been road rage, per reports and sources with knowledge of the investigation. Bronx native Shakeem Parker was indicted this week for killing Martinez in a barrage of gunfire outside Harlem’s Legend’s Lounge on October 31, 2021.

Martinez, 55, ruled the Harlem dope game in the late 1980s and then the Washington D.C. crack trade in the early 1990s before becoming a government informant and entering the Witness Protection Program. Parker was already in custody of the NYPD from a November 6, 2021 pinch for illegal gun possession. He’s pleaded not guilty in both cases. Police say Parker and Martinez were involved in a minor traffic accident where Martinez hit Parker on foot in the Bronx last summer and Parker sought revenge when he recognized him on Halloween in Harlem.<

At the time of Martinez’s slaying, he was behind the wheel of his Dodge Ram truck and appeared to be in the middle of a drug deal in front of the nightclub in his old neighborhood. Martinez was living in Lewiston, Maine under the alias Abe Rodriguez in the years after his release from prison. He was said to have often ventured back into New York City once settling in Maine six years ago, according to sources.

When police arrived on the crime scene back in November, detectives discovered several baggies of drugs that had been tossed out of Martinez’s vehicle’s window. Rapper Cam’ron portrayed a character based on Alpo in the 2002 cult gangster film Paid In Full.