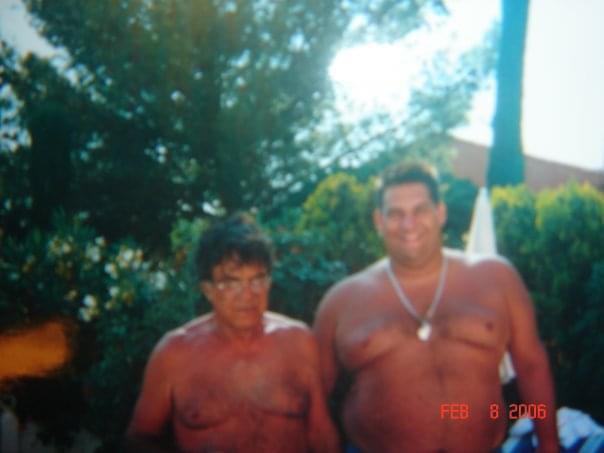 March 1, 2022 — Imprisoned Chicago mob consigliere Joey (The Clown) Lombardo’s last-ditch effort to find freedom before he died centered around an alleged eyewitness who could exonerate him on his murder conviction according to hand-written court documents penned by Joey the Clown himself posted on a Chicago mob-history related Facebook group.

The colorful, quirky but notoriously deadly Lombardo died of throat cancer in October 2019 at age 90. He had been convicted at the landmark Operation Family Secrets case in the fall of 2007, found guilty of murdering his business partner turned future witness for the government, Danny Seifert, in a horrific 1974 gangland hit carried out at his Chicago plastics factory in front of his wife and young son.

Per Lombardo’s pleading filed just three months prior to his passing three years ago, a then 8-year old Charles Miceli witnessed Seifert’s killing and claimed Lombardo wasn’t the culprit. Miceli posted the pleading to the Underworld: Kings, Killers and Clowns Facebook group page. Lombardo wrote in the pleading that his defense attorney, Richard Halprin didn’t alert him of Micelli’s presence when he became aware of Miceli’s account prior to trial due to him being on the run as a fugitive.

Eventually, U.S. District Judge James Zagel ruled it couldn’t be presented as part of his defense because of past credibility issues related to Miceli. The pleading filed by Lombardo in July 2019 cited a disgraced Chicago Police officer named Richard Madeja and an accomplice as the killers in Seifert’s murder, per Miceli’s affidavit.

Madeja was convicted of selling silencers in 1981 and booted off the CPD. Halprin, considered one of the most elite criminal defense attorneys in the Chicagoland area during his courtroom heyday, committed suicide in 2013 at age 73. Police found the financially-strapped Halprin dead with a single gunshot wound to the head inside his Hyde Park ap

As an up-and-coming mob soldier in the Windy City in the mid-20th Century, Lombardo rose to lead an Outfit hit and enforcement squad in the 1960s and early 1970s, carrying out murder and collection assignments for the Outfit’s top bosses. By 1973, Joey the Clown was promoted to caporegime of the Chicago mafia’s Grand Avenue crew located on the near Westside. Later in his life, he served as the Outfit’s consigliere to longtime don John (Johnny No Nose) DiFronzo.

Lombardo was convicted of bribery and racketeering tied to activity in the Las Vegas casino and hotel industry and went to prison between 1982 and 1992. DiFronzo died of dementia in 2018, having been at the helm of the Outfit for almost 30 years.

After Lombardo’s release from federal prison in the 1990s, he returned to his old stomping grounds on the Westside and ruled unfettered until April 2005’s Operation Family Secrets indictment dropped and he went on the lamb for nine months. The epic case charged 14 Chicago mob figures with 18 previously unsolved gangland slayings dating back nearly four decades.

One of the murders charged was the September 27, 1974 killing of Danny Seifert, Lombardo’s co-defendant in an upcoming federal racketeering and Teamsters union pension fund fraud trial. Seifert was cooperating with the government and set to testify against Lombardo, a man he was once close friends with and named his son in honor of.

Lombardo masked up and headed a two-car hit team that stalked Seifert to his Bensenville office, detained him, his wife and child and then snuffed him out execution style as he tried to flee. Lombardo’s alibi was that he was at a Chicago Police station on the morning Seifert was killed reporting a stolen wallet.

The only physical evidence prosecutors had linking Lombardo to crime was a fingerprint of Lombardo’s found on the car-rental papers for one of the getaway vehicles. Witnesses testified at his trial that one of the masked killers “moved like” Lombardo and that Lombardo told golfing buddies the day following Seifert’s slaying, “That motherfucker won’t be testifying against anybody now,” as he teed off on the first hole of a local country club course.