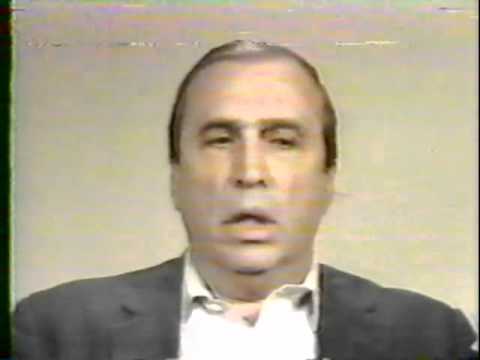 The character of Maury Gold on HBO’s Vinyl is based on infamous Jewish organized crime figure and east coast Italian mafia associate Morris (The Octopus) Levy, the deceased owner of pioneering Roulette Records and a massive publishing-rights catalogue. Levy passed away on May 21, 1990 on the verge of being sent to federal prison on racketeering and extortion charges. He was close to Genovese crime family chieftains Thomas (Tommy Ryan) Eboli, slain gangland style in 1972, and Vincent (The Chin) Gigante, who died in prison in 2005, among other high profile Mafiosi during his tenure at the top of the music industry.

Maury Gold is portrayed by longtime character-actor Paul Ben Victor, known for playing mobsters on various television shows (The Wire) and on the silver screen (True Romance). Created by legendary Hollywood director Martin Scorsese and rock icon Mick Jagger, Vinyl wrapped up its’ first season last week. In the show, Gold is the mentor of star character Richie Finestra, a struggling record executive played by Bobby Cannavale. HBO has renewed Vinyl for a second slate of episodes set to premiere next year.

Called the “Octopus” for his prolific reach and ubiquitous presence in the music industry throughout the second half of the 20th Century (he employed 1,000 workers in his nearly-100 legitimate business interests), Levy’s Roulette Room, Peppermint Lounge, Roundtable Lounge and Birdland Jazz Club in New York City were each fronts for the Genovese syndicate, according to FBI records. He was a military veteran and his chain of record stores called Strawberries were prominently placed across the eastern seaboard for decades.

FBI surveillance records note Levy’s presence at Gigante’s Triangle Social Club in Greenwich Village frequently in the 1960s, 70s and 80s. The Triangle Social Club, located on Sullivan Street, was the epicenter of Genovese crime family activities in Manhattan and shuttered in 2011. While being interviewed in the mid-1980s, Levy admitted being friends with Chin Gigante since childhood. Gigante, the so-called “Demented Don” or “Odd Father,” feigned mental illness for years prior to his being incarcerated in the late 1990s.

A two-week span in 1958 brought a pair of fatal stabbings on the grounds of the Birdland Jazz Club.  One of the victims was Levy’s 36-year old brother Irv. Per FBI informants, in the years that followed, Levy bragged of killing the man that knifed his brother, “twisting a serrated blade into his stomach and spilling his guts all over the floor” in retribution.

Allegations of misappropriations regarding money, counterfeiting and music publishing were rampant regarding Levy’s business dealings. Besides his malfeasance in the recording world, he was suspected of peddling heroin in African-American neighborhoods in New York, New Jersey and Philadelphia and running prostitutes.

Levy’s first major brush with the law came in 1975 when he was indicted for assaulting an off-duty police officer outside a New York nightclub. The policeman, Charlie Heinz, lost his eye in the attack, but the charges were mysteriously dropped before trial.

Nathan (Big Nat) McCalla, Levy’s co-defendant in the case as well as his bodyguard, No. 1 enforcer and Vice President at Roulette Records, was murdered subsequently in Florida, tied to a chair in a Ft. Lauderdale residence and shot in the back of the head (McCalla owned his own small R&B and soul label named Calla Records from 1965-to-1977). Chin Gigante’s brother Louis, a Bronx-based clergyman, was present during the February 1975 assault on the cop who had a made a pass at Levy’s girlfriend as Levy and his entourage were departing Jimmy Weston’s jazz club in Manhattan.

The following decade saw more serious legal problems for Levy and those Levy was connected to. By the early 1980s, the FBI had jumpstarted a probe into Levy’s dealings and the mob’s influence overall in the music industry.

The lead defendant in a September 1986 racketeering indictment, Levy, along with others including, Genovese crime family power Dominick (Baldy Dom) Canterino and New Jersey mob underboss Gaetano (Corky) Vastola, were convicted of beating up and extorting almost two million dollars from a Pennsylvania record producer. Like with Gigante, Levy admitted in interviews with the media that he was boyhood chums with Vastola, the DeCalvacante crime family’s then-No. 2 in command.

Much of the evidence collected in the case sprouted from an FBI bug in Levy’s office, planted in a sign he had posted on his office’s back wall saying ‘O, Lord, give me a bastard with talent.’ The Feds installed the wire behind the letter ‘O’ embroidered on the sign. Drug-addled Richie Finestra’s office in Vinyl is bugged in a similar way in Season 1, resulting in his arrest in one of the show’s primary plotlines.

About to be busted in the spring of 1986, Levy sold Roulette Record for roughly 40 million bucks. He went on to sell his Strawberries record store chain in the months prior to when he was slated to report to serve his 12-year stint as a guest of the government. Instead, he died of cancer.

HBO’s smash television show The Sopranos of the 2000s had a character partially based on Levy in Herman (Hesh) Rabkin, portrayed by Jerry Adler. Actor-director Paul Mazursky portrayed Levy in the 1998 film Why Do Fools Fall In Love, depicting the life and times of Frankie Lymon, one of his main artists on the Roulette Records label.