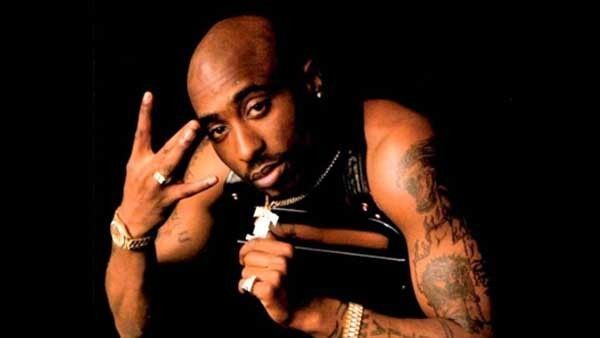 The new Tupac Shakur biopic All Eyes On Me will hit movie theatres this week and soon thereafter a film entitled LAbryrinth starring Johnny Depp about the slayings of hip-hop legends Shakur and friend-turned-rival Christopher (The Notorious B.I.G.) Wallace is set to follow in the coming months. The East Coast-West Coast Rap War was a very real and highly contentious squabble between recording artists from L.A. and New York and their respective street gang backers that left more than a dozen dead bodies in its wake during the late 1990s and first half of the 2000s.

Notorious, a biopic chronicling the life and times of “Biggie Smalls” came out to lukewarm reviews in 2009. Newcomer Demetrius Shipp, Jr, who looks strikingly similar to Shakur, will portray Tupac in All Eyes On Me. Rapper Jamal (Gravy) Woolard played Wallace in Notorious and reprises the role in the new Tupac movie.

Tensions between Wallace and Shakur began boiling to the surface in the late fall of 1994 when Shakur survived a robbery and shooting at a New York recording studio where Wallace was present. Upon Shakur being freed from prison on an appeal bond from a sexual assault conviction in October 1995, the ill will simmering in both his West Coast Death Row Records camp and Wallace’s East Coast Bad Boy Records camp broke out into the open.

November 30, 1994 – The Quad Studios Shooting: Tupac Shakur is robbed, beaten, shot five times and left for dead as he arrived to record a verse on Bad Boy Records affiliate Little Shawn’s album at New York’s Quad Studios in Manhattan. The high-profile shooting and attempted murder sets off a decade of unrest in both East Coast and West Coast rap circles. Puffy Combs and Notorious B.I.G. were at the studio at the time recording B.I.G’s Junior Mafia group side project. Tupac blamed the Bad Boy contingent for either arranging the setup or knowing about it and not alerting him and the war was on, further instigated in subsequent months by Tupac’s accusatory comments to the press related to Combs and B.I.G and his feelings of betrayal and his signing with Death Row Records and aligning with Marion (Suge) Knight, the Death Row founder and CEO known for his thuggish antics.

November 30, 1995 – Rapper, actor and one-time Tupac confidant Randy (Stretch) Walker is killed in a drive-by behind the wheel of his car on his way home from dropping his brother off in Queens following a night of partying. Walker’s murder fell on the one-year anniversary (almost to the exact minute) of Tupac’s shooting at Quad Studios which he was present for.

September 13, 1996 – The iconic Tupac Shakur succumbed to injuries suffered six days earlier when he was shot in the passenger’s side of Suge Knight’s BMW by an assailant in a passing vehicle while stuck in traffic just off the Las Vegas Strip headed to Knight’s nightclub for an after party thrown on the evening of the Mike Tyson-vs.-Bruce Seldon fight.

September 13-20, 1996 – In the week after Tupac’s death, a series of retaliatory shootings and slayings occurred in Los Angeles, estimated to have caused more than a half-dozen murders and injuries.

November 10, 1996 – Tupac’s childhood best friend and fellow hip hopper Yafeu (Kadafi) Fulu of the Tupac-backed Outlawz rap group is killed in Orange, New Jersey at the apartment of his girlfriend. Fulu was one of the only witnesses in Tupac’s murder.

March 9, 1997 – Oversized hip hop legend Christopher (The Notorious B.I.G) Wallace is shot to death sitting in the passenger’s seat of an SUV by an assailant in another vehicle after departing a party at L.A.’s Peterson Automotive Museum while on a trip to the west coast to promote his new album. Eerily, the album was titled Life After Death.

June 1, 1997 – One-time Suge Knight bodyguard Aaron (Heroin) Palmer – pronounced HAIR-RON – is killed in a drive-by at a traffic light in Compton, California on his way home from attending a Death Row-sponsored barbeque and touch football game

May 29, 1998 – Crips gang member Orlando (Baby Lane) Anderson, the reputed triggerman in Tupac’s murder, is killed in a shootout in front of record store in Compton.

April 4, 2000 – Death Row affiliate and L.A. gangbanger, William (Willie the Chin) Walker, is killed sitting in his van on a desolate dead-end Compton street, shot in the head at close range

March 25, 2001 – Death Row affiliate and L.A. gangbanger David (Tilted Brim Dave) Dudley, believed to be one of the assailants in the heinous Buchanan homicide, is killed in front of a friend’s house in Compton.

April 3, 2002 – Death Row affiliate Alton (Buntry) McDonald, Suge Knight’s best friend and former bodyguard, is killed at a Compton gas station, shot to death as he filled up his tank. Like Dudley, McDonald was a suspect in Buchanan’s slaying. Dudley had been gunned down a year prior in front of McDonald’s home.

June 7, 2002 – L.A. gangbanger Eric (Scar) Daniels, the suspected triggerman in McDonald’s murder, is murdered himself in a retaliatory strike said to be ordered by Suge Knight.

July 24, 2003 – Death Row affiliate and L.A. gangbanger Wardell (Poochie) Fouse, the alleged triggerman in the Notorious B.I.G hit, is killed on his motorcycle in drive by shooting in Compton. Fouse had survived at least three other attempts on his life during the previous five years, including being shot in the “Chin” Walker slaying.

November 11, 2003 – Bad Boy affiliate Anthony (Wolf) Jones and an associate of his named Lamont (Riz) Girdy, are killed outside the Atlanta nightclub Chaos after a party thrown by Jermaine Dupree’s SoSoDef Records. Wolf Jones was Puffy Combs’ former bodyguard and allegedly the triggerman in the Jake Robles murder practically a decade prior. Legendary drug kingpin Demetrius (Big Meech) Flenory, the founder and leader of the transcendent Black Mafia Family (BMF), is the No. 1 suspect in Wolf Jones’ homicide.