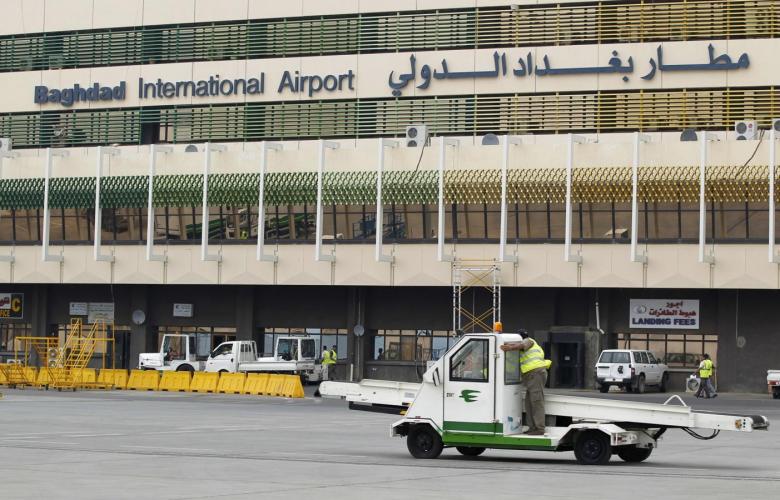 At the top of the list of pending Iraqi deportees from Detroit in grave danger if he gets shipped back to his former Baghdad home is Lou Akrawi, a one-time sworn enemy of the state when the Baath Party was in power and controversial Christian-Iraqi community leader in Southeastern Michigan for over the past four decades. A lawsuit filed by the ACLU has gotten a judge to stay the deportation orders for Akrawi and more than a 100 Iraqi Christian felons being held under the orders until a court hearing next week.

The 69-year old Akrawi fled Bagdad in 1968 after being on the frontlines of a failed political coup hatched to remove Saddam Hussein and his Baathists from office and replace the Baath Party with the Iraqi Socialist Party in which Akrawi and members of his family belonged to. Akrawi’s brother-in-law, who wasn’t a part of the Socialist Party or part of the plot to overthrow the Baathists, died from injuries sustained from being tortured by Baath Party agents in the wake of the coup attempt and Akrawi escaping to Turkey and then eventually to Michigan, where he raised his widowed sister’s four sons as his own.

Prompted by President Trump’s hardline stance on immigration, the U.S. Department of Citizenship and Immigration recently ordered their Immigration & Customs Enforcement (ICE) branch to aggressively clear their backlog of immigrants with criminal records and deport them to their respective countries en masse as soon as possible. Ethic concerns come into the equation when the country the immigrant is being shipped back to appears to pose serious bodily threat to that person due to their race or religion, such as in the case with Christians in Iraq right now being persecuted, tortured and executed for their non-Muslim beliefs by radical Islamic groups that dominate large portions of the region. Over the last month, ICE has swept up 150 Iraqi Christians with felony convictions on their records in Metro Detroit, sent them to a holding facility in Youngstown, Ohio and informed them they will all soon be placed on a plane returning them to Baghdad.

Lou Akrawi was one of the first to be taken into custody. For most of the 1970s, 80s and 90s, Akrawi was a prominent Chaldean (Iraqi Christian) cultural staple in his adopted American home of the Motor City, playing multiple roles to multiple people in multiple sub-cultures. To many local Chaldeans (Detroit has more Iraqi Christians than any city in the United States), Akrawi served as a beloved businessman, restaurateur and overall neighborhood luminary. To law enforcement, he was the alleged Godfather and founder of the so-called Chaldean mafia or Iraqi mob. To Hussein, and the long-reigning Baath Party, he was the No. 1 political activist in North America, feverishly lobbying the U.S. government in the 70s and 80s to cut ties with the Hussein regime by organizing frequent marches and demonstrations.

Akrawi was released from a 20-year stint in state prison for manslaughter last year. He was convicted of hiring a gunman to shoot-up a rival’s grocery store in September 1993 in retaliation for an alleged attempt on his life the day before. In the attack, an innocent bystander named Michael Cogburn, waiting in line at the store to purchase a gallon of milk, was accidentally shot and killed. The Cogburn family supported Akrawi’s parole in early 2016.

During the 15 months he was free, Akrawi kept a low profile, quietly spending time with his family at his oldest son’s Macomb County café and espresso bar, trying to stay as far away from trouble as possible.

“I just want to be able to be with my boys (five sons) and my grandkids, who I’ve only gotten to know this past year, that’s all that matters to me……they need me around and I want to be there for them,” Akrawi said. “Is this what the U.S.A is? Taking people away from their families, making fathers leave their sons, grandfathers leave their grandchildren, husbands leave their wives, brothers leave their sisters and nieces and nephews and sending them somewhere where they are hated for what they believe?”

The government doesn’t seem so sympathetic.

“Each of these individuals received full and fair immigration proceedings, after which a federal immigration (board) found them to be ineligible for any form of relief under U.S. law and were therefore ordered to be removed (from the country),” a representative of ICE told the press this week.