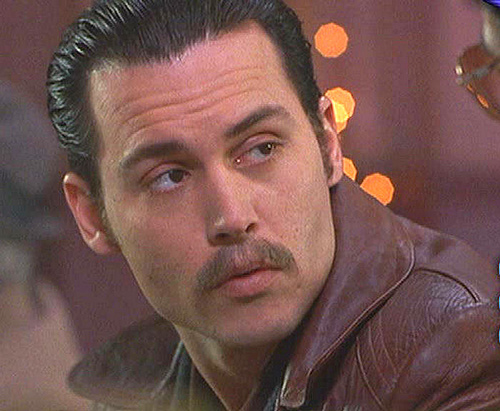 “I had no idea that Joe was working for the FBI. We used to play basketball two or three times a week and then one day he just disappeared without a trace. About six or seven years later, all the New York papers had a front page story about this FBI agent who went undercover in the mob, and they kept using the name Pistone.” – friend and Donnie Brasco Producer, Lou DiGiaimo 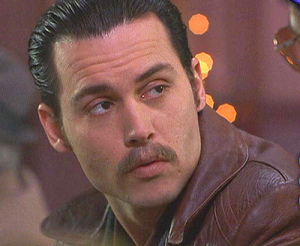 Did Al Pacino’s character, Lefty Ruggiero, really get killed after Donnie Brasco was revealed to be FBI agent Joe Pistone?

Actually. Benjamin ‘Lefty Guns’ Ruggerio was picked up by the FBI on August 30, 1981. He was eventually  sentenced to serve 20 in prison.  On Thanksgiving day 1995, he Ruggerio died of cancer in his New York home. He was 72 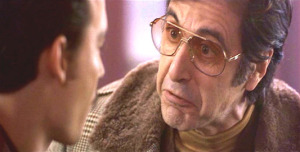 On August 12, 1982, Sonny Black’s body was found near  the Geothals Toll Bridge that connects Staten Island to Linden, New Jersey. He had multiple gunshot wounds and Napolitano’ hands were cut off, because he had allowed an FBI agents hands to touch the hands of a Mafia boss. 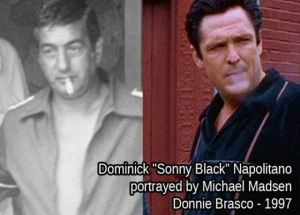 In reality the lion was still  a cub;  the lion ate 20 to 30 steaks a day, and Lefty occasionally walked the lion on the street. When the lion became too big he t took it to a park, tied it to a tree, and had the police  come pick it up.

How did the Mafia world respond to Donnie Brasco?

Bonanno crime family mobster John (Boobie) Cerasani filed a libel suit against Sony Corporation, TriStar Pictures, and others.  Cerasani had been aquitted in 1982 of racketeering charges resulting from Pistone’s investigation. Cerasani claimed that “Donnie Brasco” defamed him. A Federal  ruled that Cerasani’s claims were nonsense, and  went on to list numerous crimes Cerasani had been convicted for..

Was Joe Pistone ever given murder contracts?

Pistone says he was given 4 different contracts to commit murder on behalf of the Bonanno Family.  One of these resulted in the FBI staging a fake murder of the intended victim, then placing him in the Witness Protection program.

Was/is there a contract on Joseph Pistone?

Supposedly, a 500k contract was placed on Pistone, but there is no evidence it was real. Who would pay the 500k? Still, Pistone isn’t taking any chances. When he does interview appearances he wears disguises and says only that he “resides west of the Mississippi” and has a fondness for horses. Sounds like Montana.

What does Joe Pistone/Donnie Brasco do today?

In 1986, Joe Pistone retired from the FBI. Today, he does international lecturing and training for the FBI . He also is part of owner of a television production company based on his time as Donnie Brasco.