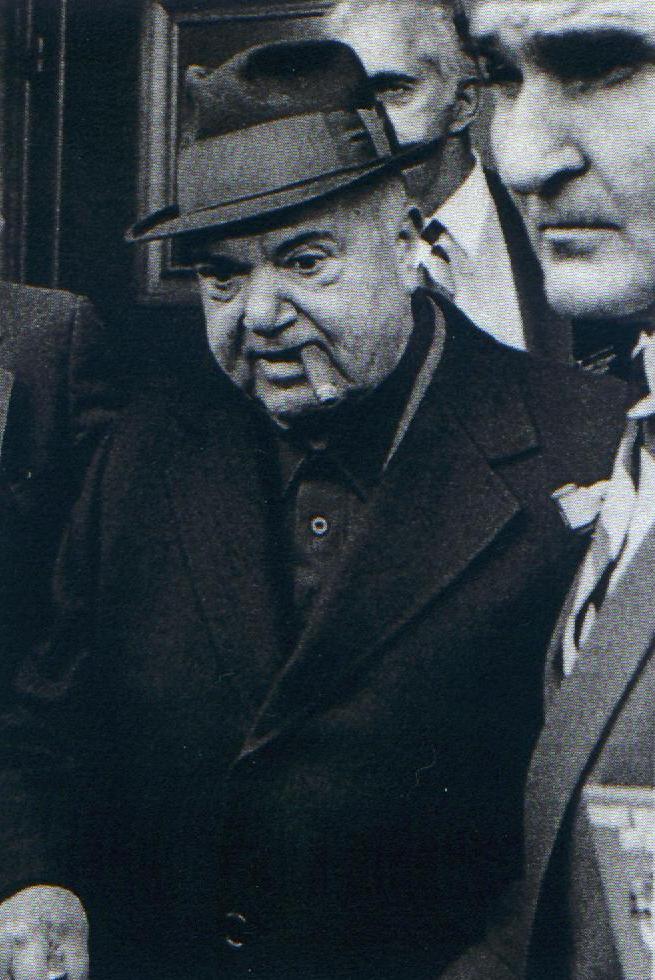 Anthony “Fat Tony” Salerno was the epitome of a perfect Mobster.  He spent his entire life hustling and controlling the streets of East Harlem.  His name arose in numerous investigations, but he avoided any major convictions until he was 75 years old, sticking to the code of avoiding drug sales he dodged the heroin bullet that brought down so many of his peers over the years. Steeped in the earliest traditions of the Mafia in the New World, he stuck to his oaths and did was he was told; his ultimate allegiance to La Cosa Nostra was shown when was sentenced to 100 years in the infamous Mafia “Commission” trial that included the bosses of all 5 New York families, despite the fact that he wasn’t even the real boss of the Genovese. 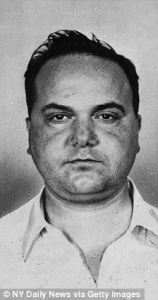 Born(1911) and raised in East Harlem, New York, which was the territory of the 116th street Mob, possibly the original Cosa Nostra group in the United States, as a teenager Salerno worked for the Lucky Luciano family in gambling,numbers, loansharking and protection rackets. As a made man, he, of course, must have performed and known of numerous murders, but was never charged with homicide.

When the Luciano family became the Genovese family  Salerno was assigned to the 116th Street Crew, headed by Michael “Trigger Mike” Coppola. In 1948, Coppola fled to Florida to dodge murder charges; Fat Tony Salerno became the new Capo. For the next forty years Salerno climbed the family ranks by and controlling the lucrative Harlem numbers racket on behalf of the Genovese family. Salerno was never seriously linked to drug distribution, focusing instead on gambling, loan-sharking, and union corruption.

In 1959, Salerno was a secret financial backer of the heavyweight title fight at Yankee Stadium between Swedish boxer Ingemar “The Great White Hope” Johansson and  Floyd Patterson, which ended in a shocking upset when 4-1 underdog Johansson knocked out Patterson and took his championship belt.  The fight generated over a million dollars in closed-circuit television fees, making it the most profitable boxing match in history up to that point.  Rumors of Salerno’s involvement caused as stir, but ultimately no charges were filed against Fat Tony for his involvement.

By the 1960s, Salerno controlled the largest numbers racket operation in New York, grossing an estimated $50 million/year. As East Harlem became a totally black and Puerto Rican neighborhood, most of the old time Mafiosi moved out, but Fat Tony held on,  keeping his headquarters at the Palma Boys Social Club on 116th street.

Mafia historian Selwyn Raab had this to say:
“The Palma Boys was basically a room 18 feet wide and 55 feet long, occupying the bottom floor of a four-story tenement building in the mostly desolate, but once thriving East Harlem Italian-American community. The building had a long history with the family; back in the 1930s it had served as the headquarters of Trigger Mike Copolla. Over continuous cups of espresso, the days business would be conducted. He claimed jokingly the Palma Boys was a pleasant place to be because all he had to do was sit there while people brought him money. And did they bring him money. He reputedly kept more than $1 million in small bills, packed in shoe boxes and stacked from floor to ceiling in a closet in his apartment.”

Salerno had 3 main lieutenants: Louis “The Gimp” Avitabile, Salvatore Apuzzo and Louis Vigilante. Numerous independent gambling operators paid Tony and the Genovese to operate in Harlem. The Schitter brothers, Sam and Moishe, for example, kicked out a large cut of the profits from their $30 million a year Harlem numbers bank.

Salerno also set himself up as a high level deal maker and intermediary for Mafiosi from around the country, brokering deals and settling disputes.  Salerno preferred a low-key existence and was never seen at high-profile Mafia haunts. To cement his no-nonsense image he sent out Christmas cards with a picture of himself in pajamas and a backwards baseball cap.

Salerno divided his time between a home in Miami Beach, Florida, a 100-acre estate and horse farm in upstate Rhinebeck, New York, and an apartment in the upscale Gramercy Park section of Manhattan.  He was famous for leaving the city every thursday night and spending the weekend out of town.

The FBI accused him of running a bookie and loan shark network that grossed $1 million annually; in April 20, 1978, he got 6 months in federal prison for illegal gambling and tax evasion. In early 1981, after his release from prison, Salerno suffered a mild stroke and retreated to his rural estate to recover; at the time Salerno was the Genovese family underboss.