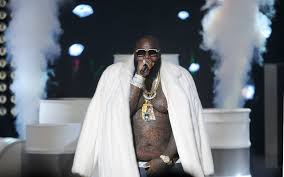 December 11, 2021 — An exclusive interview with the archetype for the 1980s Cocaine Cowboy, former Miami drug kingpin Willy Falcon, inspired the title of Miami rap king Rick Ross’ new album, Richer Than I Ever Been. The album is the eleventh of Ross’ star-studded career in the hip hop game repping South Florida and dropped this week.

The first single from the album, Little Havana, opens with Falcon speaking on his legacy, concluding by boasting that he’s “richer than i’ve ever been” in 2021, exiled from the country that made him incredibly wealthy and forever infamous. It’s unclear when and where Ross recorded his interview with the one-time Narcos tycoon.

Falcon, 66, was deported to the Dominican Republic two years ago after serving nearly two decades in federal prison on a money laundering conviction. The native Cuban fought returning to his homeland because of his participation in a CIA-funded plot in the 1990s to overthrow communist dictator Fidel Castro. Falcon’s minor role in the plot was recently made public via court documents related to his immigration case. Castro died in 2016 after over a half-century in power and dodging numerous assassination efforts.

Ross is one of the biggest names in the rap industry. Born William Roberts, “Ricky Rozay” took his stage name from real-life L.A. dope boss Richard (Freeway Ricky) Ross and has crafted a prolific career by evoking imagery of a series of true-crime legends through his music. The 45-year old MC put out his first album, Port of Miami, in

In the 1980s, Falcon and his boyhood buddy and partner in crime Sal Magluta were the nation’s largest smugglers of Colombian cocaine, bringing in billions of dollars worth of powder into South Florida and saturating American streets with it at the height of the crack epidemic. They became known as “Los Muchachos” and their drug network was dubbed “The Company.” Netflix’s Cocaine Cowboys docu-series focuses on Falcon and Magluta’s rise and fall in the dope world.

Falcon and Magluta were indicted in a 1991 federal drug conspiracy case, but both were acquitted at trial. It later came out that they had bought off the jury foreman to assure their not-guilty verdict.

The feds busted Falcon and Magluta again in 1999, this time for murder and tax evasion. Falcon copped a plea to washing money, but Magluta rolled the dice at trial and lost.

Magluta was sentenced to life in prison for ordering the slaying of Los Muchachos’ criminal defense attorney Juan Acosta, who was gunned down in the days before he was supposed to testify in front of a grand jury in the fall of 1989. The DEA believes the Acosta slaying was one of three executions and five shootings connected to Falcon and Magluta during their reign.

Besides their exploits in the dangerous, fast-paced drug world, Falcon and Magluta were world-class and globally-ranked powerboat racers. ESPN would frequently broadcast their boat races.