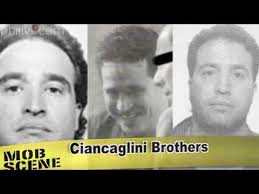 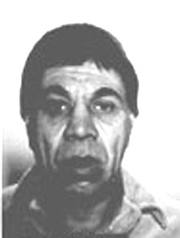 The Chickadee has flown the coop. He’s no longer in the Big House and will be flying to complete freedom soon.

Former Philadelphia mafia capo Joseph (Chickie) Ciancaglini, Sr. is back in the City of Brotherly Love for the first time in three decades, recently placed in a Philly halfway house to serve out the rest of his murder and federal racketeering conviction (45-year sentence in 1988). The 80-year old Ciancaglini will be set free for good in early 2015.

Back in October of 1980, he rose to captain status by killing his own mob mentor, Frank (The Barracuda) Sindone, who six months earlier had taken part in the unsanctioned assassination of longtime syndicate boss Angelo (The Docile Don) Bruno. According to court documents and FBI records, Ciancaglini and his close pal, Salvatore (Chuckie) Merlino, lured Sindone out of hiding in California and back to Pennsylvania so they could kill him.

“Chuckie and Chickie made Sindone get down on his knees and beg for his life before they shot him,” one informant recounted to his FBI handlers.

Chuckie Merlino would rise to be underboss in the Philadelphia mafia in the 1980s. He died in prison two years ago.

A bear of a man, Ciancaglini, big, dark-skinned and imposing, cut his teeth in the East Coast underworld as a leg-breaker in the Teamsters Union before going to work for Sindone and earning a reputation as a trusted and capable collector and loanshark.

In addition to the Sindone hit, his name was tied to a number of gangland homicides in the bloody, but short-lived Phil (The Chicken Man) Testa regime and the early-portion of the reckless violence-infused Nicodemo (Little Nicky) Scarfo regime. After Scarfo’s underboss and nephew Philip (Crazy Phil) Leonetti flipped, he told the FBI that Chickie Ciancaglini stabbed Jewish wiseguy Alvin Feldman to death with an ice pick. Turncoat Thomas (Tommy Del) DelGiorno told the FBI that Ciancaglini set up mob associate Johnny Calabrese to be murdered by DelGiorno and Francis (Faffy) Iannarella when he walked him out of a South Philly eatery to his slaughter on October 6, 1981.

However as good as the decade of the 1980s was for Ciancaglini’s advancement in the ranks of the mafia was as bad as it was for his success-level in the court room (he was indicted and eventually convicted on federal racketeering charges in 1981 and 1987, respectively).

While he was in prison serving his time, Ciancaglini’s family was torn apart by mob strife, his sons falling on opposite sides of an early-1990s gangland war that ripped across the streets of Philadelphia, as John Stanfa and the May-December mob union of Ralph Natale and Joseph (Skinny Joey) Merlino – son of Chuckie Merlino – squared off for mafia supremacy in the region.

Stanfa, a Sicilian-born mobster who helped kill Angelo Bruno, took over as Godfather in the years following Nicky Scarfo’s incarceration. Natale, a one-time Bruno protégé, joined forces with the brash, fearless Merlino and a group of likeminded young aspiring Mafiosi, including his best friend Michael (Mikey Chang) Ciancaglini (Chickie’s youngest boy), while he was locked up on racketeering charges and “went to the mattress” with Stanfa. Merlino, thirty years Natale’s junior, and his crew acted as Natale’s muscle on the streets.

To try to squash tensions, Stanfa named Joseph (Joey Chang) Ciancaglini, (Chickie’s middle son), his underboss in order to act as a bridge between him and the Natale-Merlino faction. That arrangement quelled warfare for a short period, but when Mikey Chang thought Joey Chang was part of a hit team that opened fire on him in front of his house in 1992, the flames of discontent were stoked again, brutally splitting the siblings apart.

In March 1993, Mikey Chang and Skinny Joey orchestrated a hit attempt on the then-34 year-old Joey Chang in a diner that he ran for Stanfa in a Grays Ferry industrial park. The early-morning attack, partially caught on tape from a FBI surveillance camera mounted on a telephone pole outside facing the building, didn’t kill Joey Chang , but left him severely disabled and caused him to be permanently put on the shelf.

That August, the Stanfa contingent struck back and Mikey Chang was gunned down by Stanfa goons Phil Colletti and John (John John) Veasey as he left his Catherine Street clubhouse headquarters with Merlino in tow. Mikey Chang, 30, died in Merlino’s arms. Skinny Joey escaped the ambush with a single gunshot wound to his buttocks.

Veasey would eventually flip after Stanfa ordered him murdered and he survived being shot in the back of the head. John (Johnny Chang) Ciancaglini (Chickie’s oldest son) was charged with the murder of Veasey’s brother Billy on the day in 1995 Veasey was testifying at Stanfa’s trial, but was acquitted. Once Natale began cooperating, he told the FBI that Johnny Chang was chosen to be the shooter in the Billy Veasey hit in an eerie “brother-for-a-brother” death exchange that Johnny Chang himself requested.

At the time of Mikey Chang’s slaying and Joey Chang’s maiming, Johnny Chang, like his father, was in jail (serving six years on a drug bust). He and his dad allegedly had similar opinions of the Natale-versus-Stanfa mob war, which would conclude in 1994 when Stanfa was nailed on racketeering and murder charges and Natale was released from prison and returned to Philadelphia to take his crown, naming Merlino his street boss and No. 2 in charge. Both Chickie Ciancaglini and Johnny Chang were pushing for a peace accord, counseling to cease and desist with the violence.

“The only people that got screwed out of this whole thing is my family, I mean look at it all the way around. My brother Joey can’t walk and chew gum at the same time, Mikey’s in a box,” Johnny Chang was recorded somberly telling an associate.

According to the FBI, Merlino, released in 2011 from a dozen-year prison bit for racketeering, is currently the boss of the Philadelphia mafia, although he lives in Florida. Last week, the always-slick 52-year old Don, was ordered back to jail for four months due to his meeting with Johnny Chang at a Boca Raton restaurant and cigar bar back in June. The face-to-face with the fellow Goodfella was a violation of his parole. Sources on the street and in law enforcement tab Johnny Chang, 58, as Merlino’s underboss.