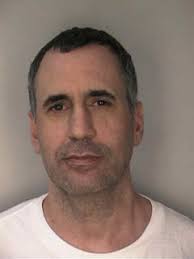 The DeCalvacante Crime Family out of New Jersey has hatched a new capo.

Consalvo was released from a dozen-year federal prison sentence for racketeering and murder in 2012. Sources tell the Mafia Insider that Consalvo was given the reins of imprisoned DeCalvacante capo Phil Abramo’s crew. Abramo and Consalvo are brother-in-laws.

“Louie Eggs got out a couple years ago and was acting capo of  Philly Abramo’s crew, now he’s a the full-fledged skipper,” said one source.

The 56-year old Louie Eggs was “made” into the New Jersey mafia in a Christmas-time 1991 ceremony. The induction came a month after Consalvo took part in the gangland execution of DeCalvacante underboss Louis (Fat Louie) LaRasso, who was the longtime No. 2 in charge to the Family’s namesake, Simone (Sam the Plumber) DeCalvacante.

With DeCalvacante retiring and DeCalvacante’s successor, Giovanni (John the Eagle) Riggi, hit with a long prison sentence in 1990, LaRasso openly campaigned to become boss, leading to Riggi allegedly ordering him murdered from behind bars and tapping his underlings on the street to do the work.

Fat Louie LaRasso disappeared on November 11, 1991 after spending the afternoon with his wife making preparations for his 65th birthday party scheduled for the next day. His body has never been found. FBI records related to the investigation indicated that informants told their handlers that LaRasso’s dismembered body was buried on farm property in upstate New York.

Consalvo pled guilty to being one of the shooters in the killing of LaRasso, as well as bookmaking, loansharking and securities fraud in 2002.

Abramo, 69 and one of the organizers of LaRasso’s rub-out, was convicted at a 2003 trial that charged a number of DeCalvacante mob slayings and racketeering counts (some of which were reversed on appeal). He is scheduled to be released from prison in 2018. Upon his return to the streets, according to sources in the North Jersey underworld, Abramo, known as a Wall Street scam artist and highly-connected to the “Five Families” in New York City, will become the syndicate’s underboss.

Louie Eggs is tied-in tightly with the New York LCN landscape as well, per sources in law enforcement, a handful of which attended a welcome home party for him two years ago. When Consalvo first got his button in the early 1990s, he and his close friend and fellow DeCalvacante soldier, Greg Rago, operated a Manhattan social club. Rago pled guilty alongside Consalvo to the racketeering offenses and offing LaRasso and just got out of the can this past winter.

Both Consalvo and Abramo had their names surface in the investigation into the 1996 murder of female Bahamian nightclub owner Joy Cartwright, who is believed to have run afoul with the pair when she stole 1.7 million dollars from them while aiding them in their financial dealings on the island.

In a 1999 federal indictment filed in Florida it alleged that Cartwright was in the business of fronting mob-backed bank accounts opened for the DeCalvacante clan on behalf of a string of Boca Raton stock-brokerage houses by Bahamian attorney Obie Pindling, the son of the country’s former Prime Minister, Lynden Pindling.

These brokerage companies were controlled by Consalvo and Abramo, Louie Eggs acting as his brother-in-law’s point man on the ground in the Sunshine State for overseeing a series of  “pump-and-dump” scams and an array of other complex stock swindles. Part of the indictment alleges Louie Eggs personally pistol-whipped and oversaw other beatings of brokerage company employees that refused to promote their bogus stocks to their unsuspecting clients.

The pair of New Jersey Goodfellas were using Cartwright in the Bahamas as a clean front to launder illegal proceeds obtained from the pump-and dumps in the U.S., money she would drop into accounts, opened and signed for by Pindling. In February 1996, 1.7 million dollars came up missing, traced to a wire out of the account authorized by Cartwright and Pindling to a “holding account” in Hong Kong, subsequently withdrawn.

A May 1996 meeting at the ritzy Drake Hotel in Manhattan between the Canadian banker that handled the money-transfer and Abramo and Consalvo saw Louie Eggs brandish a gun and a baseball bat while they all sat in a posh penthouse suite and Abramo demanded the 1.7 million dollars be returned immediately. The banker, Jean Claude Hauchecorne (soon fired and banned as a stock broker by the Canadian government for his mob affiliations), was told by Abramo, “We’re going to kill you and the others involved if that money is not put back where it belongs.”

On December 20, 1996, she was ambushed by gunfire in front of her luxury condo in the New Providence region of the Bahamas as she returned from a night at her Club 601, pronounced dead at the scene by responding police and medical technicians. Notorious Bahamian gangster Ashley Newbold was convicted of the crime. Testifying on his own behalf at his trial, Newbold claimed Pindling paid him to kill Cartwright and participated in the attack. Newbold was killed in a 2009 gangland slaying.

Despite never being charged with ordering Cartwright’s murder, FBI and court records reveal that authorities were told by informants that Abramo and Consalvo met with Pindling in a Nassau hotel room around the Thanksgiving holiday in 1996 and instructed him Cartwright “had to go.”

John Riggi, 89, was released from prison in November 2012, following a two decades-plus stint as a guest of the federal government on a extortion and labor union-racketeering conviction. He is currently still the official boss of the New Jersey mafia, though he has heir apparent and “acting boss,” Sicilian-born Frank Guarraci “running the show,” per sources with intimate knowledge of the Jersey mob brass. Guaracci, 57, headquarters his operations out of the Ribera Social Club in the city of Elizabeth.