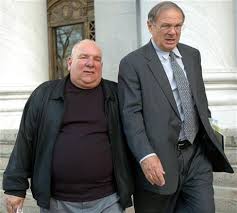 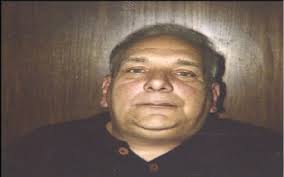 The Patriarcas’ ‘chip off the old block’ is off the prison block.

Scivola, 73, was paroled from a Massachusetts correctional facility to home-confinement at his residence in suburban Providence. His sentence will be complete in January. As part of his plea agreement in the case, he admitted the existence of and his role in La Cosa Nostra (the American mafia).

Manocchio, 87, relinquished the reins of the New England mob and went into retirement in the years prior to the 2011 indictment. He is set to be released next year. DiNunzio is in the midst of a six-year bit.

At the behest of Manocchio, who inducted Scivola into the mob in a 1996 ceremony, he shook down a number of strip joints in Rhode Island, including the Providence area’s Cadillac Lounge, Foxy Lady, Desire and Satin Doll gentlemen clubs for roughly a million dollars over a decade period through the 2000s and into the 2010s.

Chippy was jailed on a similar indictment in the early 2000s stemming from his shaking down Stamford, Connecticut strip clubs. That indictment reported a meeting in Connecticut between Scivola and Gambino Family mobster Anthony (Tony the Genius) Megale, the acting underboss of the New York-based mob syndicate in 2002, regarding the Patriarcas’ extortion of Fairfield, Connecticut strip-club owner and New York mafia associate Harold (Oil Can Harry) Farrington. Megale claimed “ownership” of Farrington and his businesses and paid Scivola a “settlement fee” to give to Manocchio for the Patriarcas to back-off of any further shaking downs. Convicted of multiple counts of extortion himself (including shaking down Farrington) in a separate case, Megale will be sprung from his prison cell next month.

Coming up in the New England underworld in the 1960s and 70s, Scivola was part of a crew of young wiseguys that hung out at the Acorn Social Club in Providence’s Federal Hill neighborhood (Rhode Island’s Little Italy). According to court documents, Scivola was gangland running buddies with Eddie Lato, Frank (Bobo) Marrapese and William (Billy Blackjack) DelSanto and the four of them wreaked havoc in Providence gangster circles with their wild ways.

Wiseguys to the core, in October 1981, Scivola and Marrapese were busted for receiving a load of stolen La-Z-Boy recliner chairs. In 2002, Scivola and his son were pinched for selling ‘hot’ Reebok-brand sneakers.

Marrapese, the official proprietor of the Acorn Social Club and a legendary Patriarca Family enforcer and hit man, is currently in prison on racketeering charges. Longtime pals, Lato (a capo), Bobo (a convicted killer) and Chippy were indicted in their current extortion cases together, charged with gambling, loan-sharking and drug-dealing as well. They all pled guilty to the extortion charges in exchange for the government dropping the others counts. Lato and Marrapese are serving nine-year sentences.

Scivola was arrested while on vacation in Las Vegas. Recently, he had run his own social club on famous Atwells Avenue in Federal Hill.