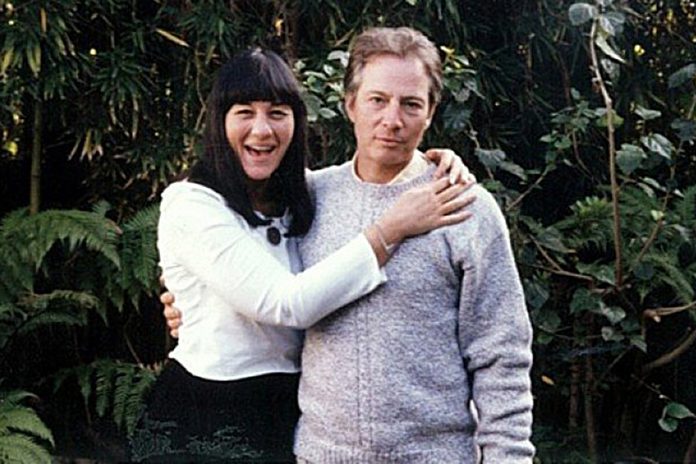 January 18, 2022 — If certain individuals were still alive today, convicted murderer and famous real-estate fortune heir Robert Durst wouldn’t have had died behind bars. Instead, he would have died in the streets like a dog, made an example of for all to see, said one former criminal associate of his victim’s father.

Last fall, Durst, 78, was found guilty in California of killing Susan Berman more than 20 years ago. Berman’s dad, David (Davey the Jew) Berman, helped pioneer the mob’s building of modern-day Las Vegas and ran a Minnesota-based Jewish mafia empire before dying of a heart attack in 1957 at age 54. Davey Berman was particularly close to the New York mob’s business whiz, Meyer Lansky and his allies in the legendary Murder, Inc. hit squad.

Durst died in a Stockton, California prison last week awaiting sentencing in the Berman slaying and facing charges in the 1982 disappearance and death of his wife. He was 78 and in poor health. Durst’s dad was real-estate tycoon Seymour Durst, the inventor of the National Debt Clock and owner of the most extensive collection of books written on New York City and its history.

One Vegas old timer who in his younger days served as a driver for Berman in the years prior to his death, remarked how even a man as powerful as Seymour Durst would have been incapable of saving his son from a brutal end.

“This screwball would never even thought of lifting a finger to hurt Susan if her dad and his friends were still alive back then,” said the old timer who recently turned 91 and has done almost three years in prison in his lifetime. “Her dad would have chain sawed this guy to death before the cops got to him, believe me. I don’t care how much money he had or who his dad was and  knew. He could never have bought his way out of a slow, painful death. But this is a different age, a whole new era.  Street justice gives way to court justice. And who am I to judge that really? I’m a retired hoodlum. But for better or worse, street justice is much swifter. They wouldn’t have hunted him down like an animal and made an example out of him.”

Susan Berman was murdered in Los Angeles on December 24, 2000 by her best friend Durst for fear she was on the verge of cooperating with authorities in the investigation into the disappearance of his wife, Kathleen 18 years earlier.

The 55-year old Berman was found shot in the back of the head in her home in Benedict Canyon. Her and Durst became close while attending graduate school together at UCLA.

Durst married Kathleen McCormack in 1973 and the pair moved to Vermont and opened a health store called All Good Things. Kathleen went missing on the late evening of January 31,1982 and was never seen or heard from again. Authorities believe Berman aided Robert Durst is disposing of his wife’s body.

Durst is also suspected of a murder in Texas. A neighbor at one of the Durst family properties, Morris Black’s dismembered corpse was found floating in Galveston Bay in 2001. Durst went to trial for Black’s killing, however was acquitted on the charges and eventually pleaded guilty to evidence tampering in connection with the dismemberment of Black’s body.

The lurid and crazy story of Robert Durst inspired the 2010 film All Good Things, starring Oscar-nominee Ryan Gosling. Durst himself participated in the chilling 2015 HBO docuseries The Jinx, which chronicled his strange connections to all three cases and included an apparent hot-mic confession, where he uttered “I killed them all” after thinking he had completed his interview and was out of hearing distance of the crew. That confession to him finally being indicted

in the Berman homicide.

Many that knew Davey Berman believe if he was living when his daughter was slain, the killer either would have never dared pull the trigger in the first place and if he had, would haven’t made it long enough to see a jury.

“The man wasn’t big in size, he was fearless though,” Berman’s former driver said. “Most of the men he surrounded himself with were bigger in stature than him and just as fearless. These were stone cold killers with malice in their hearts. You add in the fact that this whole thing would have been personal, Davey and his boys would have stopped at nothing, they would have moved heaven and earth to give this guy a slow and painful death.”

Davey the Jew was raised in Ashley, North Dakota by Ukrainian immigrants and then moved to Sioux City, Iowa as a teenager. By the 1920s and the height of the gangland Prohibition boom, he was living in Minneapolis and working as second-in-command to the Twin Cities Jewish mob boss, Isadore (Kid Cann) Blumenfeld. It was New York Jewish mob titan Meyer Lansky who put Berman and Kidd Cann together, helping forge bonds that stretched from the farmlands of the heartland to the heart of the Big Apple and what would soon become the “Five Families” of the American mafia.

When Berman first landed in Minneapolis, him and his main bodyguard and enforcer, Israel (Ice Pick Willie) Alderman, ran their own independent rackets separate from the Kid Cann crew. But at Lansky’s behest, they joined forces and brought in the city’s biggest Irish crime lord of the time, Tommy Banks, into their organization. They received support and resources from the Italian mobs in New York and Chicago, respectively.

Besides building an early-adulthood friendship and business relationship with Lansky, Berman and his brother and right-hand man, Charles (Chickie) Berman, cultivated ties to the Chicago mafia during their days in Iowa. The press dubbed Kid Cann the “Al Capone” of Minnesota and the heat that reputation generated began bearing down upon the Bermans and their business operations. The fact that the Bermans and Kid Cann had close links to the Mayor of Minneapolis, Marvin Kline, didn’t matter. The group’s days in the Twin Cities were numbered.

Following a stint in the Canadian army, where he saw combat in Europe during World War II, Davey Berman headed west to Las Vegas to help Lansky and Lansky’s partner, Benjamin (Bugsy) Siegel, implement their plan to develop the city into a desert oasis for gambling and entertainment. They took aim at building the first major resort-style hotel and casino on what would eventually become known as the “Strip.”

Flanked by his brother, Chickie, and their top muscle, Ice Pick Willie Alderman, Davey the Jew landed in Las Vegas in 1944. One year later, at the conclusion of the war, he moved his wife and daughter, Susan, to Nevada to join him.

Berman headed an ownership group, including Lansky, that had controlling interests in the El Cortez, the El Dorado, and the Las Vegas Club, three of the first casinos in the city. The Flamingo, the first taste of real glitz and glamour for the area in the form of a hotel and casino, opened in 1946

Upon Bugsy Siegel being murdered in Beverly Hills in 1947 for mismanagement of the Flamingo’s finances, Berman was put in charge of the first-of-its-kind high-end establishment, along with Lansky lieutenants, Moe Sedway from New York and Gus Greenbaum from Chicago. Back in Minnesota, Kid Cann, according to FBI records, also received portions of “skim” money from the business arrangement in Vegas.

“Davey Berman was one of the very early big-time players in Las Vegas, essentially one of the founding fathers of The Strip,” said Geoff Schumacher, a Las Vegas mafia historian and executive director of the city’s Mob Museum. “That was a cutthroat world he existed in and found success and respect in. Those guys didn’t play games and didn’t trust just anyone. Everyone in Vegas held Davey Berman in very high esteem. He really served as a bridge for the mafia families in the east coast and the Midwest to come together out here and coexist peacefully and prosperously. I would say that’s his legacy and it’s a hefty one.”

In 1951, Berman sold his shares in the Flamingo and purchased an interest in the Riviera. He died on the operating table during heart surgery three years later.