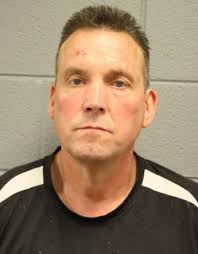 Per sources in Illinois law enforcement, the FBI is applying pressure to Panozzo, currently incarcerated awaiting trial on robbery, drug dealing, attempted murder and racketeering charges, hoping that the threat of a possible future homicide indictment might convince him to join Team USA to no avail thus far.

Panozzo, a seasoned 54-year old Grand Avenue Outfit soldier and close friend of the crime family’s westside capo Albert (Albie the Falcon) Vena, has rejected multiple overtures by the government to cooperate in a federal investigation into Vena’s activities, according to police sources.

“He told them to get fucked,” said one source. “Bobby didn’t want to have anything to do with it. There were three of four conversations, they all lasted less than five minutes and Bobby just smiled and said no thank you.”

Like Vena, Panozzo is a protégé of longtime Grand Avenue Godfather and Outfit consigliere Joseph (Joey the Clown) Lombardo. Also, like Vena, he has a reputation for lunacy.

He was indicted in July for heading a violent burglary and armed robbery ring, targeting Chicagoland area drug dealers, a case where pleadings allege he sliced off the ear of a victim of a home invasion with a bayonet when he wouldn’t provide the number to unlock his safe. Charges of overseeing a prostitution business are included in the case as well. While in prison, the FBI was monitoring Panozzo’s phone calls and intercepted a conversation that led them to find a brick of cocaine hidden in his house and him facing a subsequent narcotics charge.

According to court records, Panozzo is also currently under indictment in Rockford, Illinois for assaulting a debtor of his and hiring an associate to blow up another debtor’s home and car. If convicted of all his charges, he’d be staring at up to a combined 75 years behind bars.

There might be more to come. And it might be a murder beef. The Feds, per sources, wanted to leverage the threat of a possible homicide charge, however, Panozzo wasn’t having any of it.

After Panozzo’s driver and strong arm Jeff Hollingshead flipped in 2014 upon his own kidnapping and home invasion bust, he helped the FBI build its’ case, including getting Panozzo on tape planning the murder of a witness against Hollingshead in his case which was added into the current case in the final stages. He also tipped the Feds off to the murder of an elderly woman on the westside of Chicago in the fall of 1987 that, according to the hulking Hollingshead, Panozzo often bragged about committing, claiming he forced his victime to sign over her assets before tossing her down three flights of stairs in her apartment building.

The Chicago Police Department has an unsolved homicide from October 1987 that matches that description. When FBI agents visited Panozzo in prison over the holidays, they promised to charge him if he didn’t give up Vena, per sources familiar with the situation.

They didn’t get the reaction they were aiming for.

“Bobby’s like, ‘if you’re going to charge me, charge me, stop talking about it and do it,” said one source.

Nicknamed “Bobby Pinocchio” by Lombardo in jest for his dishonest nature, Panozzo and several members of his crew were nailed on a robbery conviction back in 2006.

Vena, small in stature, but ferocious in demeanor, beat a murder rap in the 1990s. Reporters and crime busters in the Windy City have labeled Vena “the most dangerous person in Chicago.” His name surfaced in the grisly attempted murder trial of cop-turned-Goodfella Steve Mandell last year, alleged to have denied a request by Mandell to okay the murder of a rival.

Panozzo and Vena were both photographed by FBI surveillance teams lunching with Mandell in 2012 at La Scrola, Joey the Clown’s favorite westside haunt in the days before he was jailed for life courtesy of the Operation Family Secrets fiasco  – convicted at a 2007 trial of the 1974 gangland slaying of his business partner Danny Seifert, slated to testify against him in the coming weeks at a federal racketeering case that was eventually dropped upon Seifert’s untimely death .