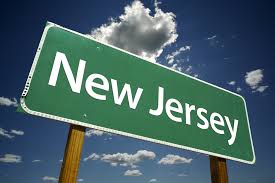 The federal government indicted a pair of high-ranking members of the New Jersey mafia this week, charging them with racketeering offenses, which include attempted murder, drug dealing, cigarette-smuggling and trying to open a big-money prostitution ring catering to corporate executives.

Headlining the bust is DeCalvacante crime family captain and convicted murderer Charles (Beeps) Stango and alleged consigliere Francis (Goombah Frank) Nigro, both named in a plot to kill another unidentified New Jersey mafia figure (known only as “the mutt” or “the pet”) for disrespecting a syndicate administrator in public at a mob social function, among other offenses.

According to the indictment unsealed Thursday morning, Stango, who is the DeCalvacante’s self-admitted crew boss on the west coast, where he lives most of the year in suburban Henderson, Nevada right outside of Las Vegas, spearheaded the murder plot.

The case grew from a three-year undercover operation, beginning in 2012 and seeing an FBI agent posing as a mob thug infiltrate Stango’s inner circle. The agent was “inside” the New Jersey mafia up until just last week.

Another reason for Stango’s desire to kill his fellow button man, per the indictment, was a dispute between Stango and the “out of control” wiseguy regarding who the undercover agent “belonged to”- in other words who he was required to kick-up his weekly tribute envelope to.

“I planted the flag (for the DeCalvacantes) in Las Vegas, New Orleans and L.A.,” Stango boasted to the undercover agent in a recorded conversation. “I’m a high-noon type of person. He picked the wrong motherfucker to fuck with. The ending ain’t going to be good for him. I don’t take any prisoners. ”

The FBI’s audio reel also showed Stango, 71, had refused to attend a sitdown with his hit target because he didn’t recognize the validity of his “making” ceremony or induction into La Cosa Nostra (the American mafia).

“We don’t even recognize him anymore, tell him I said that,” he was intercepted telling a relative.

Stango got permission to plan and carry out the never-perpetrated gangland slaying from Goombah Frank Nigro. The 72-year old Nigro is reputed DeCalvacante Borgata acting boss Frank Guarraci’s No. 1 advisor and is alleged to have given his blessing for the hit in late 2014.

“I want to blow this guy up,” Stango told the wired-for-sound fed. “He’s got to meet death.”

Following that conversation around last Christmas, Stango instructed the undercover FBI agent to hire a pair of outlaw bikers and pay them 25 thousand dollars each to throw grenades into his intended victim’s place of business.

Beeps Stango has five felony convictions on his current criminal record. In 1981, he was imprisoned for the October 1980 murder of William Mann outside a New Jersey Sheraton Hotel.

At the time Mann was slain – kidnapped at the hotel’s front entrance, shot dead in the back parking lot by Beeps and a co-assailant over an unpaid debt and a possible drug ripoff -, Stango, then 37, was on trial in state court for fraud and conspiracy charges. He served close to 30 years behind bars for Mann’s murder.

On the recordings made by the undercover fed, Stango stated that he had “made his bones” with Nigro “many moons ago” and that the DeCalvacantes were now being led by a Sicilian (Guaracci, referred on the tapes as “Milk” or “Frankie Milk”) and “running under the Gambinos,” one of the traditional “Five Families” in New York.

Guarraci, 60, was born in Sicily, relocating to the United States in the 1980s. He was convicted in 2011 of extortion related to the taking over a New Jersey pizza parlor by force and served six months of court-monitored home confinement.

Colella is charged in the attempted murder, Capozzi is charged with overseeing a cocaine business that paid tribute to Nigro and Stango. Whitey Stango was allegedly Capozzi’s superior and helped look after his dad’s underworld interests back east, a stable of rackets that he hoped would include a high-end call-girl service geared towards white collar businessmen.

Colella delivered the okay from Nigro and the rest of the syndicate brass for the purposed hit on a FBI-bugged telephone line.

“They said you should do what you gotta do,” Paulie Knuckles was recorded informing Stango.

Guarraci is said to be acting boss of the DeCalvacante Family going on a decade now. Longtime don, John (the Eagle) Riggi, was released from prison a few years ago and is reportedly retired. Riggi, 89, replaced the syndicate’s namesake, Salvatore (Sam the Plumber) DeCalvacante in 1983, upon Sam the Plumber’s retirement to Florida.

Stango’s voice can be heard via FBI audio surveillance bragging about how old school Guarraci and his people are.