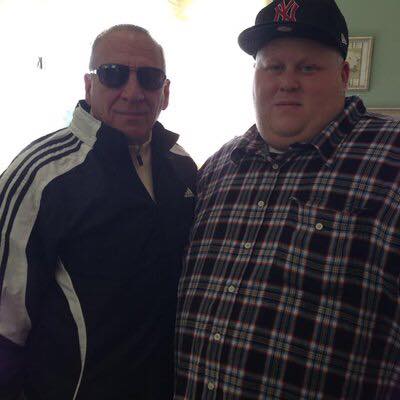 New Jersey mafia capo Charles (Beeps) Stango served stints behind bars for a mob murder 35 years ago and an attempted mafia rubout in 2002, showing his merit as a man of honor by keeping his mouth shut and doing his time as a loyal soldier. He’ll probably be staring at similar circumstances in the very near future

Stango was released from prison in the fall of 2012 from his ’02 collar and is alleged to have jumped right back into the fold in the DeCalvacante crime family. According to a federal racketeering indictment filed last week, he immediately returned to the syndicate and was tapped a capo overseeing DeCalvacante activities on the west coast, relocating to Las Vegas.

His crew was quickly infiltrated by an undercover FBI agent – by the end of the calendar year for that matter. That debacle led to a plethora of forthcoming incriminating audio evidence gathered by the government-placed mole and capped by last week’s indictment, charging Stango with piloting a murder plot against a rival Mafioso in New Jersey named Luigi (Lou the Dog) Oliveri.

“I want to blow him up…this guy’s got to meet death…. at least we gotta maim him or put him in a wheelchair for the rest of his life,” he was recorded telling the undercover fed.

Stango, 71 and also known as “Charlie the Hat”, is far from merely a tough talker. He’s a tough doer. Tough as in, murdering another underworld rival of his in an Elizabeth, New Jersey gangland slaying back in 1980 and standing tall against the man, swallowing a bullet and taking a 25-to-life sentence without saying a peep (he did 20).

In late 1981, Stango was convicted of the fatal October 17, 1980 shooting of Billy Mann, a DeCalvacante mob associate that allegedly owed New Jersey mafia administrators money and supposedly had scammed a NJ-based wiseguy working under Genovese capo Tino (the Greek) Fiumara in a drug deal gone bad in the months leading up to his death, according to court records.

Mann, 44 years old at the time he was slain, was lured to a purported sitdown at an Elizabeth Sheraton Hotel with the promise of a meeting with Stango about resolving his brewing dispute with Fiumara’s crew and the DeCalvacante members that were upset with him. When he arrived, he immediately got into a 1979 silver Cadillac with Stango, then 37, and two associates, Ray Tango and Lou Pasquarosa and they drove around to the hotel’s back parking lot. Tango, a former bodyguard of Fiumara’s, was positioned in the driver’s seat, Stango occupied the front passenger’s seat and Pasquarosa and Mann sat next to each other in the backseat.

As the vehicle sat idling in the parking lot, Stango and Tango turned around and both opened fire on Mann, who dove out of the car and sustained more bullet wounds when he lied helpless facedown on the concrete. The trio of mobsters sped away, dumped the car and fled on feet.

Riddled with more than a dozen bullets to his head, neck, back, arms and legs, Mann was rushed to a nearby hospital and pronounced dead on the gurney. The rented Caddy was found the next day, abandoned five blocks away and containing three shell casings from the murder weapons.

Pasquarosa, a noted labor-union thug, was shot amid the chaos of the hit and sustained a gunshot wound to his left shoulder. He checked into a local hospital and before he had recovered, the FBI had connected him to the car via rental papers and arrested him.

It was October 21, four days after Mann was murdered. The feds scooped Pasquarosa in his hospital bed, Tango at an area social club. Stango, on the other hand, already on trial in state court for fraud and conspiracy, vanished.

Authorities wouldn’t catch up with him for another year. If convicted in his current case, Stango faces 40 more years in the clink.

Tango was nailed in prison for running a drug ring in his cell and released from his sentence in the Mann case in 2005. He was the Genovese representative on the Mann hit, while Stango was the coordinator, per court documents, and the man representing the New Jersey mob. Pasquarlosa, the person who made the phone call summoning Mann to the hotel the day he was murdered, was sprung from federal lock-up in 2002.

Also nabbed in the current attempted murder and racketeering case was alleged DeCalvacante syndicate consigliere Frank (Goombah Frankie) Nigro, a 72-year old Toms River, New Jersey resident aligned closely with Stango since their early days on the street in the late-1960s and early 1970s and charged with authorizing the recent hit that never got off the ground. Stango is a five-time convicted felon and per his own words on tape intended on farming out the murder contract to a pair of outlaw bikers.

Nigro and Stango were each “made” into the DeCalvacante clan in the mid-1970s, possibly side-by-side in the same induction ceremony, according to court filings.

Fiumara, the Genovese Family’s longtime skipper in charge of affairs across the George Washington Bridge in New Jersey, died in 2010 of natural causes (cancer).