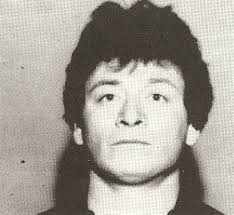 Reputed Chicago Outfit captain Albert (Albie the Falcon) Vena took his first major arrest in the underworld for a vicious home invasion, assault, extortion and kidnapping as a 24-year old young-pup racketeer in the early 1970s eager to cement his now-firmly entrenched reputation for violence and ferocity.

Vena, dubbed by some in the lllinois media and others on the street as, “the most dangerous and feared man in Chicago today” and an associate of his named Tommy Conway, were convicted in 1973 on six felony counts stemming from Vena helping Linda Narbona, a stripper girlfriend of his, recover $35,000 in cash from her Floridian ex-fiancé, Peter Gayle.

The 35k was stolen from Narbona’s proceeds collected working as a nude dancer at a Las Vegas gentlemen’s club. When Narbona cancelled her engagement to Gayle and hooked up with Vena, she demanded that Gayle return her money and he refused, according to court records.

Gayle obviously didn’t know who her new boyfriend was. If he had, he probably would have acted differently. Instead, he continually blew her off and ignored her repeated requests that he give back the cash.

This act of disrespect drew the ire of Vena, then an aspiring tough guy on the rise in the Windy City mafia, cutting his teeth under former Outfit powers, Joseph (Joey the Clown) Lombardo, Gus (Slim) Alex and Lenny Patrick. He took Narbona and Conway and the three of them headed down to Miami Beach, Florida to visit Gayle and apprise him of the sticky situation he had unknowingly gotten himself into.

Well, actually Vena and Conway did the bulk of the apprising. Narbona got them in the door.

Using Narbona to gain access to Gayle’s house, a masked and armed Vena and Conway pummeled him and beat him to a pulp. They did the same to his roommate, handcuffing them to separate bedposts.

Demanding the money he had pilfered from his new main squeeze, Vena stuck a gun into Gayle’s mouth and threatened to blow off his head if he didn’t divulge the whereabouts of the stolen money, per trial documents. Gayle told Vena and Conway that the money was in a bank safety deposit box in Los Angeles, prompting them to escort him to California to retrieve it.

Prior to getting on the plane to travel west with his kidnap and extortion victim, Vena took the weapons and ski masks and left them in a rented locker at Miami International Airport, a decision that wound up costing him. The minute Gayle returned to Miami following forking over the dough to Vena and Conway, he went to the Dade County police and he told them what happened. The cops in Dade County alerted the FBI.

The FBI went to the airport and discovered the discarded items in the rental locker, matching fingerprints to both Vena and Conway on the pistols and finding strands of their hair in the ski masks. Convicted at trial, they served five years apiece.

The 66-year old Vena has an extensive criminal record. In the 1990s, he beat a murder rap, being acquitted at trial for the November 1992 Chicago gangland slaying of Sam Taglia, an Outfit associate and drug dealer.

Taglia, last seen alive leaving his home with Vena, had raged out of control with addiction and disobedience and was discovered in the trunk of his car in Melrose Park, shot twice in the back of the head, his throat slit ear-to-ear. As Cook County police converged on him outside his suburban residence to arrest him for Taglia’s killing, Vena tried to run over the arresting cops with his car.

Known for his small size and big temper, Albie the Falcon is alleged to have assumed command of the Chicago mob’s westside-Grand Ave. crew almost exactly a decade ago in April 2005 upon his predecessor, mentor and syndicate consigliere Joey Lombardo getting indicted, going on the run and then eventually being convicted in the epic Family Secrets case.

Also photographed eating with Vena and Mandell was Robert (Bobby Pinocchio) Panozzo, a Vena confidant and enforcer currently behind bars awaiting trial on federal racketeering charges centered around Panozzo’s leading of an Outfit robbery ring that targeted drug dealers and tried to execute a witness slated to testify against them in court.