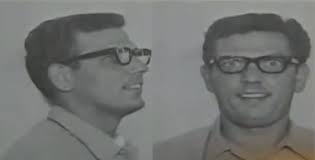 After a brief, involuntary respite from his administrative post, Chicago mob figure Marco (the Mover) D’Amico has returned to being the Outfit’s consigliere, multiple street sources tell the Gangster Report.

That administration is headed by reputed acting boss and Di Fronzo heir apparent Salvatore (Solly D) DeLaurentis and his alleged underboss Salvatore (Sally Cards) Cataudella, both hailing from the syndicate’s Cicero crew. DeLaurentis, who served 15 years in prison for a RICO bust in the early 1990s, was reportedly selected to the Outfit’s top seat at some point in the past two years or so.

“Joe just gave the job back to Marco last month, he was only doing it to make sure things ran smooth for Solly and now that Solly is up on his feet as boss, he doesn’t need to be there anymore,” said one source.

Di Fronzo, 86, and D’Amico, 79, are Elmwood Park guys. Andriacchi, set to join Di Fronzo back in retirement with D’Amico’s reactivation as consigliere, was raised in the Elmwood Park crew, but gravitated to his eventual northside stomping grounds on Rush Street, the Windy City’s central nightlife district. He had been retired prior to his short-lived consigliere stint, stepping down as underboss due to illness in the late 2000s.

When Joe the Builder became Di Fronzo’s underboss in the 1990s, the northside crew was absorbed into the crime family’s westside regime, then overseen by the 82-year old Andriacchi’s cousin and Di Fronzo’s first consigliere, Joseph (Joey the Clown) Lombardo, currently in prison for the rest of his life courtesy of the high-profile Operations Family Secrets case.

Upon Lombardo’s indictment in 2005, Di Fronzo named D’Amico, known as a “mover and shaker,” in Chicagoland social and criminal spheres (hence the nickname), his replacement. Around the spring of 2012, D’Amico was told to step aside so Andriacchi, whose held numerous positions in the Outfit pecking order over the years, including underboss, acting boss and street boss, could monitor and help advise the power shift from Di Fronzo and Sarno (imprisoned in December 2010 on a racketeering conviction) to De Laurentis (76) and Cataudella (61).

The decision to have the Mover temporarily re-moved from his job as Outfit consigliere, allegedly didn’t sit well with the notoriously outspoken D’Amico, especially with Joe the Builder using a D’Amico rival, John (Pudgy) Matassa, Jr., as his primary emissary.

“Marco was pissed, he thought he could do what Joe did, he felt that he was undermined,” said one source intimately familiar with D’Amico and D’Amico’s activities. “He thought Johnny should have had his back, but No Nose stayed out of it.”

D’Amico’s arrest record dates back to the 1950s. He was indicted in federal court in November 1994 for his role running Elmwood Park gambling, extortion and robbery rackets, pled guilty and did a decade behind bars. Immediately folliwing his release from the slammer in the summer of 2005, less than three months following the Family Secrets case being filed and Joey the Clown going on the lamb for close to a year attempting to avoid arrest for his role in the 1974 Danny Seifert slaying, D’Amico slid into Lombardo’s No. 3 slot.

Siefert, a mob associate and one-time Lombardo friend-turned informant, was executed in broad daylight in front of his wife and young son and his killing was one of the centerpiece homicides in the well-publicized case featuring 18 mob murders.

Back in 1992, D’Amico was a suspect in the car bombing of  a vehicle belonging to the daughter of Outfit turncoat Lenny Patrick, the Chicago mafia’s highest-ranking Jewish hoodlum in the 1970s and 80s, looking after gambling rackets on the northside. In 1995, informants told the FBI that Marco the Mover and members of his inner circle unsuccessfully sought sanctioning from Andriacchi and Lombardo on a murder contract for Richard Lantini, a former suburban Chicago cop and wiseguy that worked in D’Amico’s crew and was set to testify against him if he had chosen to try to beat his racketeering case at trial.

D’Amico’s protégé and aid-de-camp is 63-year old convicted racketeer Anthony (Tony D) Dote. Busted by the Feds with D’Amico in the mid-90s, Dote got pinched again in the early 200os for bookmaking. He was sprung from the can in 2007 and according to FBI surveillance records, returned by D’Amico’s side.

During the 1980s and the first part of the 1990s, D’Amico’s top enforcers were the “Spitfire brothers,” Richard (Richie the Spitfire) Spizzirri and John (Johnny the Spitfire) Spizzirri. Both Spizzirris were jailed for collecting debts on D’Amico’s behalf in 1992. Richie Spizzirri was sent back to prison later in the decade thanks to an extortion collar. Johnny Spizzirri once co-owned a trucking company with slain Chicago mob hit man Anthony (Tony the Hatchet) Chiaramonti, killed for his rogue behavior in November 2001.

Rudy (the Chin) Fratto is the reputed capo of Elmwood Park these days. Dote is personally in charge of D’Amico’s rackets, per law enforcement sources and Chicago Crime Commission files. James (Jimmy I) Inendino, a DeLaurentis and Cataudella confidant, is alleged to be the capo Cicero and a “de-facto underboss,” and Albert (Albie the Falcon) Vena is alleged to have succeeded Lombardo as lord of the Outfit’s westside mob operations stationed at the corner of Grand and Ogden Avenues.