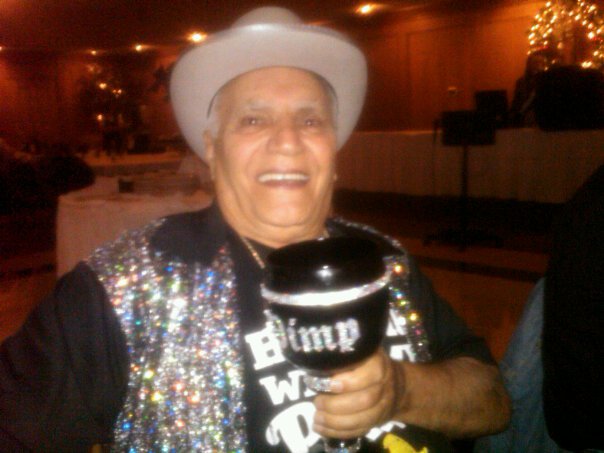 According to law enforcement and underworld sources in Michigan, relations between the Detroit mafia and the Motor City biker scene have soured in the three years since legendary mob leader Vito (Billy Jack) Giacalone died of natural causes and his best friend Frank (Frankie the Bomb) Bommarito was demoted from his post as captain overseeing Giacalone’s old crew.

Ties and business dealings between the two factions date back to the late 1960s and early 1970s. Bommarito, 85, had been the Italians’ longtime liaison with the local motorcycle gang landscape, building ironclad links with the area’s various biker organizations. He mediated a gambling-turf dispute between the mafia and notorious Outlaws international MC gang president Harry (Taco) Bowman in 1992, getting Giacalone and his brother, Michigan mob street boss Anthony (Tony Jack) Giacalone (died in 2001), to lift a murder contract on Bowman’s head. FBI records cite Bommarito with helping hide Bowman when Bowman (in prison for life) was on the run from the law in 1998 and 1999.

Upon Giacalone’s passing in the winter of 2012, his son, acting boss, Jack (Jackie the Kid) Giacalone, 64, immediately pulled Bommarito out of his eastside capo slot, took several of his rackets away (the ones he shared with Billy Jack) and partially shelved him, allegedly replacing him with David (Davey Donuts) Aceto, the younger Giacalone’s former driver and bodyguard.

Aceto, 57, is respected, but doesn’t have the connections in the local biker community, centered on the eastside, like Bommarito does and in turn Bommarito’s presence has been dearly missed, a ripple effect Jackie the Kid may have underestimated, per sources.

“The bikers in this city revere Frank the Bomb, he can go into any clubhouse in Michigan and have the red carpet laid out for him like nobody I’ve ever seen, that’s kept a lot of problems at bay for a lot of years because of how much they think of him,” said one ATF source on a federal motorcycle gang task force. “I don’t know if Jackie totally understood what a troubleshooter he was for his dad in that world. He plugged a lot of holes on the ship. These aren’t easy people to deal with. They’re fucking nuts. You have to have the right approach, the right temperament. The Bomb’s always had that. Now, he’s off the map over there and things are kind of starting to run amuck a bit.”

Exclusive Gangster Report sources reveal that much of these current tensions between the mob and the bikers in Detroit arise from an incident that occurred in the late summer of 2013 when a “very close” lieutenant of Giacalone’s perpetrated a shakedown of an unsuspecting Highwaymen MC gang-backed attorney for 50 thousand dollars.

Since Bowman went down and a large chunk of his Outlaws organization was dismantled in the late 1990s – the Outlaws housed its club’s international headquarters in Michigan –, the Highwaymen, the Outlaws’ bitter rivals, became the biggest, most powerful biker gang in the area at the dawning of the New Millennium and continue to hold that title today.

The frequently-used Highwaymen attorney had gotten into trouble with the gang for carrying on a romantic affair with the girlfriend of one of its members while he was away in prison, prompting a Giacalone soldier to intercede, falsely purporting to be acting on behalf of Highwaymen brass and collecting 50 large on the lawyer’s belief that the Giacalone button man had squashed the beef and was going to invest the cash into a restaurant that never got opened.

The lawyer complained and the Highwaymen administration went “berserk.” Despite demands from the bikers, the shakedown money has never been returned and the ill will from the situation has bled over into mutual gambling and drug rackets shared by the club and the Detroit mafia, which have now ceased.

Giacalone himself has been barred from Highwaymen-controlled strip clubs and bars and the bikers allegedly trashed a mafia-ran after-hours gambling den in the immediate aftermath of the gang’s leadership learning of the shakedown, per sources. These same sources say Giacalone is eager to quell tensions and has reached out to Bommarito, his former ally now-turned nemesis, via Detroit LCN street boss Pet

er (Petey Specs) Tocco, to ask him to smooth things over in return for a portion of his former rackets back. It’s unclear how Bommarito responded to the request.

In addition to Bommarito’s absence being felt on the Italian side of things, the absence of Highwaymen heavyweight Gary (Junior) Ball has added to the flames of discontent, if not prevented them being stomped out before they starting burning. Bommarito’s counterpart within the area’s gearhead gangster contingent, Ball, the Highwaymen’s well-liked liaison to the Italian mob, was convicted in a sizeable federal RICO case in 2010 besides the Motor City’s then-reigning biker Godfather Leonard (Big Daddy) Moore.

Newly-appointed capo Joe (The Hood) D’Anna, a shrewd, sway-gaining Sicilian-born wiseguy set to go on trial on federal extortion and racketeering charges stemming from the savage beating and attempted murder of a restaurant owner in suburban Detroit, has reportedly begun making his own personal inroads with the Highwaymen, “picking up the scraps” from the Bommarito void. D’Anna, according to sources, has leveraged the uncertainty on the eastside that spawn from Bommarito’s removal as captain.

The territory now belonging to Davey Aceto and once belonging to the old Billy Giacalone crew, keeps its homebase on the south eastside in Warren, while D’Anna, 61, headquarters out of the north eastside at his restaurant Pomodoro (formerly Tira Mi Su) in Shelby Township

The colorful and capable Frankie the Bomb has gone “independent” in recent years, remaining active in the underworld following his 2012 demotion, however with his own ragtag crew of multi-ethnic non-mob connected thugs, thieves and gangbangers surrounding him instead of traditional LCN figures. He unsuccessfully shopped a reality tv show about his unique “retirement days” and love of karaoke in 2013.

Bommarito came up in the Detroit mafia as an armed-robber and cat burglar in the 1950s and 1960s, part of “The Cigar Gang,” known for leaving cigar butts at the locations of their scores and answering to Billy Giacalone’s regime on the eastside. Soon, Frankie the Bomb became Billy Jack’s all-around right-hand man and No. 1 enforcer and was inducted into the mob by Don Joseph (Joe Uno) Zerilli in a 1974 ceremony with Giacalone as his sponsor, per court records. The pair had just gotten out of state prison after serving almost five years for armed robbery (Bommarito) and possession of a blackjack (Giacalone), respectively.

The man that turned Bommarito into authorities for his robbery of a popular local steakhouse in 1968, a one-time Cigar Gang goodfella named Joseph (Joe Coupe Deville) Colombo, was found strangled to death and stuffed in the trunk of his Cadillac Coupe Deville at a downtown Detroit parking garage in the weeks after the Bomb and Billy Jack headed off for their stay at Jackson State Prison in January 1969. The Bomb famously jumped naked out of a giant cake at the duo’s going away party.

FBI agents followed Bommarito in the summer of 1979 as he shuttled Giacalone and other syndicate dignitaries to a gathering at a swanky hunting lodge near Ann Arbor where Giacomo (Black Jack) Tocco was inaugurated as the new boss of the Detroit LCN branch in the wake of his uncle Joe Uno’s death 18 months earlier.

In late 1985, Frankie the Bomb was indicted for taking out a murder contract on former crime family associate Ernest (Ernie the Greek) Kanakis and served another five years behind bars. Kanakis killed three made members of the Giacalone crew dispatched to execute him in a hostile takeover of Kanakis’ lucrative gambling business in July 1976. Acquitted of the triple homicide in a 1977 trial, the stubborn Ernie the Greek refused to leave the Motor City after being banished from the area in an edict by the Giacalone brothers following his beating the charges in his case due to pleading self-defense.

When Billy Giacalone went to prison because of twin racketeering busts in 1992 and 1998, Bommarito was named acting capo of his crew.  After being upped to underboss of the Family upon his release from his last of an array of prison terms in 2004, Billy Jack had Jack Tocco tap Bommarito as official capo of the crew, a job he held until Jackie Giacalone replaced him with Tocco’s blessing three years ago in the weeks following Billy Jack’s death in February 2012. Jack Tocco died last July, months removed from naming Jackie the Kid his full-time successor.

Bommarito and Jackie Giacalone are considered two of the suspects in the 1985 gangland slaying of Detroit mob soldier Peter (Fast Pete) Cavataio – both were implicated by former Giacalone crew strong arm John (Crazy Johnny) Pree in grand jury testimony. Pree, who flipped for a short period in the 1990s and then recanted his debriefing and testimony in front of the grand jury, was mafia running buddies and best friends with Carlo Bommarito, Frank’s son.

The younger Bommarito, “made” in 1995 by Jack Tocco, died of a drug overdose in 2008. Informants have told members of law enforcement that the od was actually a hit called in by Billy Giacalone and okayed by Frankie the Bomb. Billy Giacalone was publically cursing Carlo for being a “junkie” and a “snitch” in the months leading up to his alleged overdose.

Pree walked free in the fall from a 1993 conviction for operating a home-invasion ring targeted suburban drug dealers along with Carlo Bommarito. Celebrating his 85th birthday in October, the still-spry and sharp Frankie the Bomb continues to hold court daily at Danny Boyz Social Club and Tattoo Parlor.