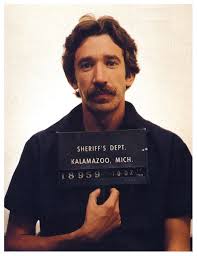 This week, the Hollywood gossip media outlet, Gawker.com posted an expose on Allen’s drug-slinging past on-line at its website.

Wershe was 17 when he was arrested in May 1987 for possession with the intent to distribute more than 650 grams of cocaine and eventually convicted at trial in state court and sentenced to a mandatory prison term of life without the possibility of parole. Enacted in the 1970s, the “650 lifer law” was wiped off the books in 1998 by the Michigan Supreme Court and those convicted under the law were immediately eligible for release. Yet, Wershe, 46, remains incarcerated after three straight rejections by the parole board and despite the extreme confirmed mitigating circumstances surrounding his case: his recruitment into the deadly Detroit drug world by a federal narcotics task force as a 14 year old eighth-grader and his 12-year cooperation with the government following his arrest and imprisonment.

Tim Allen, 60, had it a little easier – both on the street and in the American justice system. His days as a drug trafficker were more mellow, dealing coke to college students in Kalamazoo, Michigan on the westside of the state in the still hippy-drippy days of the 1970s. And his time with a prison number attached to his name was considerably less.

Make no mistake about it though, Allen, then known by his birth name, Timothy Dick, was facing the same grim reality after his arrest with over a pound of cocaine in a duffle bag at the Kalamazoo-Battle Creek Airport on October 2, 1978 – natural life in prison with no chance of ever getting out because of the dreaded “650 lifer law.”

Just like Wershe, Allen decided to wheel and deal with the Feds.

His wheeling and dealing turned out quite a bit more successful. He wound up  serving just a little more than two years in prison before being paroled for his cooperation – which resulted in almost two dozen subsequent narco busts of substantial westside and southeast Michigan kilo dealers – and heading to Hollywood to seek his fame and fortune.

Attending Western Michigan, located in Kalamazoo, for college, Allen was 25 and already in the midst of trying to build a career as a comedian at the time of his arrest. Childhood friends say he started to dabble in the cocaine trade to help support his early career aspirations on the stand-up comic circuit while a student at WMU. He had built enough of a reputation as a nose-candy supplier to the party crowd at WMU that he kept expanding his business in the years after graduating and his drug ring was eventually infiltrated by an undercover FBI agent, who set up the sting at the airport that brought him down.

His stint in prison took place at the Federal Correctional Institution in Sandstone, Minnesota. He was finally paroled in the summer of 1981.

“Mr. Allen was very reluctant to spend the rest of his life in prison, so he decided to play ball,” recalled one retired FBI agent familiar with Allen’s arrest and subsequent cooperation. “The information he gave helped build several other cases. After the entire ordeal and to his credit, he obviously went on to turn things around for himself quite well.”

Born in Colorado in 1953, Allen moved with his mom and older brothers to Birmingham, Michigan, a wealthy and waspy suburb just outside the Detroit city limits, following the death of his father in a car accident when he was 11 years old. Landing his own sitcom, the soon-to-be lauded Home Improvement, in 1991 where he played Tim “the Tool Man,” Taylor, a suburban husband and father who hosts his own local cable television show centered around manly endeavors, such as house renovations and muscle cars, Allen became a household name and staple of 1990s pop culture in America.  Set in Metro Detroit, Home Improvement went on to reach great heights in viewership and notoriety, becoming a ratings powerhouse for the ABC Television Network almost immediately.

The show ended in 1999. For the past four years, Allen has been starring in the ABC sitcom, Last Man Standing. Allen has also found success on the silver screen, starring in numerous popular movies like The Santa Claus, Galaxy Quest, Wild Hogs and the  incredibly profitable Toy Story franchise.

Keeping a residence in his hometown of Birmingham for much of his Hollywood career, Allen was arrested for drunk driving in the area in 1997 and sentenced to rehab and a year of parole by the 48th District Court. A proud Michigander, the beloved funny man, has been very charitable in the state, donating money to local charities, participating in benefit events around the area and voicing tourist commercials promoting the state as a vacation destination.

Wershe isn’t scheduled to see the parole board again until 2017. While Allen has never championed Wershe’s cause for freedom, his fellow Detroit megawatt celebrity, multi-platinum selling musician Kid Rock has, appearing at his 2003 parole hearing and speaking on his behalf. Kid Rock name-checked Wershe on his 1993 track “Back From The Dead.”

In the past six months, both Universal Pictures and Studio 8 in Hollywood have begun developing White Boy Rick film projects.