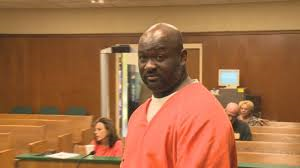 George Wilkins, a former Youngstown, Ohio mob strong arm and assassin who was a triggerman in one of the most infamous gangland slayings in the area’s history, is headed back to the can, sentenced to a dozen years of prison time for narcotics trafficking in state court this week.

Wilkins was a mafia associate in the racket-rich and corruption-heavy Mahoning Valley in the 1990s, working under local mob chieftain Lenny Strollo and Strollo’s primary lieutenant in the African-American community, Jeff Riddle, a flashy hoodlum and self-fashioned “The black John Gotti of Ohio”.

On the morning of June 3, 1996, Wilkins and fellow Riddle crew members Lavance Turnage and Cleveland Blair, murdered Strollo’s rival Ernest (Big Ernie) Biondillo, gunning down the 53-year old ambitious Mafioso as he drove to work on an eastside Youngstown street. Wilkins was released from his prison term related to that crime in 2009 and wasted little time before getting active again in local underworld affairs.

The 42-year old jack-of-all-trades gangster was arrested in the summer of 2013 after his car was pulled over and Mahoning County Sheriff Deputies discovered three kilos of cocaine and almost two kilos of heroin. He was facing a stiffer sentence due to his prior murder conviction, but agreed to testify against his supplier, Pittsburgh drug dealer Tyrone Wilkerson (pled guilty), in return for a lighter punishment.

His name first surfaced publically as someone authorities believed oversaw a multi-million dollar drug ring that spread over multiple states in 2012. Wilkins was incarcerated for just over a decade as a result of his conviction at trial in 1999 for his role in the Biondillo assassination.

Both Strollo, a future cooperator himself, and Big Ernie, were soldiers in the Pittsburgh mafia stationed in Youngstown, an economically-depleted working-class town with rackets traditionally split between the Cleveland LCN faction and the Steel City mob and a nationwide reputation for political corruption and gangland violence.

Strollo, Pittsburgh LCN’s captain in Ohio in the 1990s, suspected that Biondillo was on the verge of launching a power play against him. The pair had been jostling over gambling rackets and control of local politicians and police.

Biondillo was close to Strollo’s predecessor in the city’s capo spot, Joseph (Little Joey) Naples and after Naples was killed by a sniper’s bullet in 1991, Big Ernie bristled at taking orders from Strollo, a nemesis of his and Naples’. All three of the Youngstown goodfellas were groomed by longtime Ohio-headquartered Pittsburgh mob baron Vincent (Brier Hill Jimmy) Prato.

At some point in the early 1990s following his taking the reins of the Youngstown crew, Strollo began partnering in gambling, loan sharking and drug operations with members of the city’s black underworld, expanding the area Italian mob’s reach past cultural borders it had never traveled. This decision to venture into the African-American rackets brought him in contact with Riddle and subsequently Wilkins, Riddle’s main muscle on the street.

Strollo used confidant and veteran racketeer Bernard (Bernie the Jew) Altschuler as his liaison with the black gangland scene and became close with Riddle, who boasted that he was going to become the first black man ever inducted into the American mafia (LCN). When Strollo decided that Biondillo had to be executed, he tapped Altschuler and Riddle for the job. Riddle in turn contracted the work out to Wilkins, Blair and Turnage, his nephew.

After he was indicted, Strollo became a witness for the government, admitting to ordering Biondillo’s murder and what turned out to be a failed Christmas Eve 1996 mob hit on newly-elected Mahoning County Prosecutor Paul Gains.

Altschuler and Riddle died in prison. Blair is a free man today. Turnage is serving life.

A civil court ordered that Strollo pay Biondillo’s widow $125,000 in the wake of a wrongful death lawsuit. Strollo was finally let out of prison in 2008 and has disappeared into the Federal Witness Protection Program.