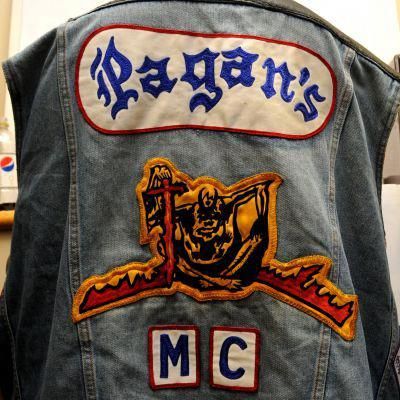 October 17, 2021 — U.S District Court Judge Kevin McNulty in New Jersey sentenced Pagan’s Motorcycle Club boss Keith (Conan the Barbarian) Richter to two and a half years in federal prison for being a felon in possession of a firearm late last week.

Richter, 62, was the club’s national president from late 2017 until this past summer when he relinquished the reins to Robert (Big Bob) Francis with the knowledge he was headed to prison. He pleaded guilty in July.<

Under Richter’s leadership, the Pagan’s put into a motion a nationwide expansion campaign dubbed the “Blue Wave.” The club’s growth began on the East Coast and soon reached the Southwest and Pacific Northwest.

Back in February, Richter was in an SUV that was pulled over by police in Mercer County, New Jersey when patrolmen subsequently found a firearm in a hidden compartment of the vehicle. Acting on a tip from within the Pagan’s organization, he was stopped after leaving an annual club party held in Lancaster, Pennsylvania (outside Philadelphia).

At the time of his arrest. Richter was on his way back to New York where he lives and headquarters his operations. For years, Richter has been based out of the club’s Long Island, New York chapter. He did a decade stretch in federal prison in the 2000s for trying to extorting and then murder a strip-club owner.