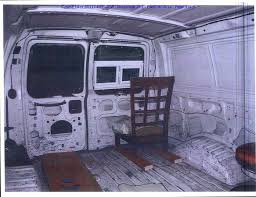 Suburban New Orleans police got much more than they were expecting this past spring when they pulled over high-ranking New Orleans mafia member, Joe Gagliano and his suspected mobster-associate pal, Dominick Gullo, for having stolen license tabs on the van they were driving in.

On the side of the road bordering Gullo’s house in Metairie, Louisiana, the posh suburb directly north of New Orleans, Jefferson Parish Sherriff’s Department officers came across a somewhat spooky and shocking discovery: a vehicle equipped to kill. The white-colored Chrysler van was outfitted with gun turrets and a scope-fastened sniper’s rifle with an accompanying silencer and 80 feet of cannon fuse, used to light explosive devices.

Gagliano, 55, was the passenger in the van, which was being driven by Gullo, 75 and the owner of a business that stages poker tournaments around the country. Gullo claimed that he bought the van for $300 in the hours prior to getting stopped from a woman at a nearby coffee shop and that he was unware of the fire arm and fuse wire inside and shooting portals built into the side of the van.

The FBI entered the picture last month and charged the pair with a series of federal firearm offenses and Gullo with possession of stolen property. Acting on a tip, police officers pulled up behind the van as Gullo came to a stop in front of his residence on Old Metairie Road, leading Gagliano to departing the vehicle and walking onto Gullo’s porch.

Both are being held without bond.

The question most gangland experts and mob-watchers across the country are asking themselves is what does this arrest mean about the state of La Cosa Nostra in the Big Easy, a region long thought to be absent any significant mafia activity?

One thing known for sure is that Gagliano, 55, is a well-versed racketeer in the area, a “made” member of the New Orleans mafia and someone who hails from a lineage rich with Louisiana underworld ties.

His father is deceased New Orleans mob underboss, Francis (Muffaletta Frank) Gagliano (d. 2006). Two decades ago, in 1994 the father and son gangster team, along with New Orleans’ then-don, Anthony Corrollo and New York mafia figure, Joseph (Jo Jo) Corrozzo, currently the consigliere of the Gambino Crime Family, were indicted and subsequently convicted on federal racketeering charges related to their bilking of a Louisiana poker-machine manufacturer connected to the Bally’s casino franchise out of nearly 20 million dollars.

The younger Gagliano, according to FBI records, inducted into the mafia in a 1990 ceremony, was caught talking for hours on wiretaps related to the investigation that were placed in his father’s restaurant, Frank’s Deli, in the city’s world-famous French Quarter. The year after getting busted with his father, Gagliano was collared by the Feds for overseeing a mob crew that stole more than a half-million dollars from a Mississippi casino, utilizing paid-off pit bosses and illegal card-manipulating.

Serving close to a total of six years in prison for both busts, he was released in 1999. As of last year, Gagliano still owed a large portion of the $250,000 restitution fee levied in his first sentence. Common sentiment following the convictions in the 1990s was that they proved a deathblow to the New Orleans mob, considered by historians the first-ever American Italian mafia family, setting up shop in the Big Easy in the late 19th Century.

At the peak of the mafia’s power and prestige in the United States during the 1950s, 60s and 70s, the New Orleans crime family was extremely formidable, headed by boss Carlos Marcello, one of the most revered mob dons in American history.

Marcello died of natural causes in 1993. Although the Family has gone on in some form or another since the universally respected Godfather – said to have bragged of helping arrange the JFK assassination in 1963 – , passed away, it has never been the same.

When Anthony Corollo (d. 2007) and Muffaletta Frank Gagliano took over the syndicate after Marcello died they were so desperate for an infusion of goomba street talent that they reached out to Jo Jo Corrozzo and the Gambinos in New York for help.

New Orleans FBI agent John Selleck and Louisiana ATF agent Kevin Moran each acknowledge the mob’s current presence, although at a lesser state of functionality than in the past, in and around the Big Easy.

“We still get tips about the mob here……….we take them seriously,” Selleck said. “Those guys aren’t being ignored.”

Moran points to the region’s changing gangland landscape in the New Millennium as a reason you don’t hear as much about the New Orleans mafia and why they aren’t as influential as they once were.

“The mafia still exists here, in some form,” he said. “As a group, they’ve had to go underground a bit more and don’t have the clout they used to because there are a lot more criminal elements to deal with compared to their heyday.”

Although neither named a boss of the current organization (probably more like a loose-knit clique of Italian mobsters, scamsters and racketeers with blood ties to the original Marcello and then-Corrollo regimes), they acknowledge that Gagliano has been called a “leader” of the group.

Up until his May arrest, Gullo, a longtime friend of Gagliano’s, didn’t have a criminal record. Gullo has been the recipient of a gambling license in both Louisiana and Nevada.

Louisiana state records show Gagliano’s employment to be as a grocer and gaming entrepreneur. His brother Frank Jr, runs Frank’s Deli, famous for Muffaletta sandwiches, a regional delicacy and the origin of Frank Sr.’s nickname. Frank Gagliano, Jr. was denied a gambling license to put poker machines inside the eatery due to his family’s LCN affiliations.