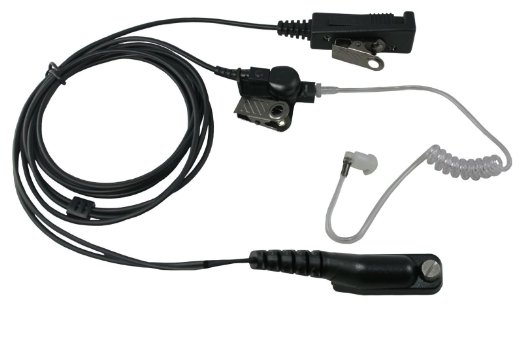 Below are some intercepted conversations between deceased Detroit mobsters Tony and Billy Giacalone, a powerhouse of siblings that oversaw the day-to-day affairs of the mafia in Michigan from 1960 into early the 2000s, caught on tape by federal authorities via an illegally-placed bug in their Home Juice Co. headquarters on the city’s eastside.

Tony: The guy (FBI agent) comes up to my front porch and says ‘what’s your name?’ I say ‘Anthony Giacalone’. He says ‘Is this your house? Do you know Roy Calabrese (slain Detroit mob figure)?’ I say, I told you guys at the station when the guy showed up dead I don’t know him and I aint answering questions about nothing.’ I tell him, ‘listen, man to man, I know you just have a job to do, but you didn’t need to come out here to my house number one, number two I’m gonna tell you guys a second time I don’t know the guy and I ain’t saying another thing about it. What’s with this who shot, Johnny shit? The fed says ‘Wait a minute, Tony, we just came out here cause we didn’t have your phone number.’ I said, ‘listen, let’s quit the bullshit, alright?… Vincent Piersante (longtime Giacalone-nemesis, head of govt.’s multi-agency organized crime task force tasked with bringing down the Detroit mafia) has a direct line into my house, he’s heard every phone call I’ve made for the last two years, who’s kidding who here?”

Billy: I bet Piersante personally sent him at you. He wants to ruffle your feathers.

On how Tony should handle his new street boss duties

Tony: How I deal with Tony and Dom Corrado and Tony and Jack Tocco is going to be different than how I deal with guys like Mike Rubino, Sam Perrone and Pete Licavoli. We’re talking about guys that come from different eras, here

Billy: “This is how you gotta put it to them (the capos), all of them. You say, ‘we sit down together once a month and talk business, we ask ourselves how much money are we making?, where are our weak spots?, what are our strong spots? how do we strengthen ourselves?, what can we do to make more money? That’s the most important fucking thing isn’t it?’ That’s the kind of language everybody, no matter what age, can understand”

Billy: This is a good thing for all of us, but we can’t show our hand

Tony: Jack Tocco told me he and Tony Corrado got up and started dancing when the news of him getting killed broke. He said they were at a bar downtown and people were all looking at them strange, he told Tony Z (Tony Zerilli) the same thing….I mean, that’s the kind of sentiment you should express in private, don’t you think? We’re trying to keep up appearances and these two are acting a fool in a fucking crowded bar when the rest of the whole god damn country is in mourning. It just doesn’t look good.

On the possibility of a hotel room in Miami being bugged

Billy: I guarantee that room you always get down there is going to be wired for sound

Tony: I wouldn’t doubt it. They’ll be shit out of luck though. The only thing they’re gonna hear is us talking about football, fucking broads and how many golf balls we hit in the water

Billy: You got into it with another copper yesterday?

Tony: He wasn’t a copper

Billy: What was he?

Tony: I’m being dogged by this guy all day, so I stop him out front here (at Home Juice) when I was coming back at around 4. I says, ‘what are you doing here, shadowing me or something? what are you after? Why are you spying on me, why are you following me everywhere I go? The guy’s shaking like a leaf, turns as white as a ghost and he starts stammering, ‘Tony, I’m with the state’s gambling commission, I need to check some things out, don’t get mad at me. I say, I aint mad atcha, but ‘let’s cut the shit, here’, I know you got a job to do, I ain’t telling you shit though and let’s leave it at that. He says, what do you drive? You know what I drive motherfucker, you’ve been following me around all day and I told you, I’m not going to have this conversation. All the time, the guy can’t stop shaking and stuttering over himself. What kind of people is the state hiring for this detail, we got the fucking boy scouts over here. Then, I turn it around on him and I start asking the questions. How much money they paying you for this bullshit? He says, ‘I’m getting along alright.’ I say, ‘that means they’re paying you dick. So you’re wasting all this time, doing this bullshit work for basically the salary of a bus driver.’

Tony & Billy browbeating a local racketeer trying to loanshark on their territory:

Loanshark: Only what I told ya about, I ain’t got any other money out in loans right now

Tony; You sure of that, huh?

Tony: Now don’t let me find out you’re lying to us or I’ll bury ya!

Loanshark: No, I promise, you can check me out

Billy: That’s why we had you in to talk to you here. Stay in the bonding business, do as much bonding as you want ’cause we’re not in the bonding business. You take care of your business and we’ll take care of ours. Anybody asks you for money, you get a hold of us and let us handle it from here on out, alright? This is it, your one and only warning. we don’t give no second chances

Loanshark – I understand, Bill. I’m outta of the shy business, i swear.

Tony – That 500 dollars that Leo owes you guys,, you lost that one. That one belongs to us now. Don’t bother Bob no more either. We’re taking that one too. That’s your penalty. Now, go, go on, get outta here! I don’t want to see you any more