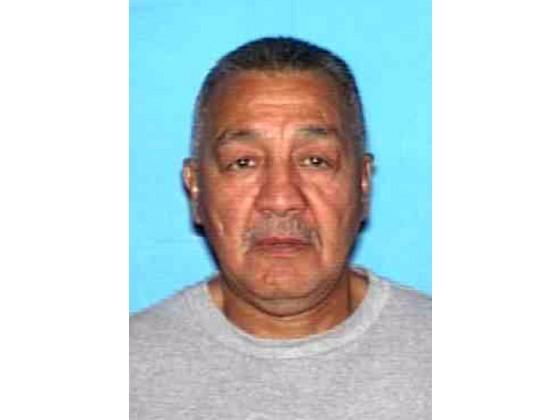 Last month, California Mexican Mafia boss Peter (The Fury) Ojeda saw his former protégé-turned-arch-rival, Armando Moreno, testify against him in a federal racketeering, extortion and attempted murder conspiracy trial that could potentially keep him behind bars for the rest of his life. Moreno’s betrayal of the revered and Orange County-based Mexican Mafia don, not to mention his debriefing on the entire highly-secretive, incredibly ruthless organization he pledged a blood oath to no less than a decade ago, has been sending worrisome ripples up and down the crime syndicate’s own ranks for months now. His cooperation with the government was revealed in 2015.

The damage he causes might be far reaching. He’s already admitted to his role in a slew of violent offenses and according to insiders has a great deal of intelligence on Mexican Mafia leaders to share. His time on the stand spilling on his former gangland teacher probably won’t be his last if you believe rumblings from the U.S. Atty’s Office.

The young and ambitious Moreno and the venerable Ojeda, called “Sana,”(Fury in spanish) “El Viejo” (The Old One) or “Big Homie” by his underlings, were busted together in Operation Black Flag, an enormous federal legal assault filed in July 2011 and resulted in the arrest of nearly 100 members and associates of the Mexican Mafia. Besides one other defendant, everyone indicted other than Ojeda has pled out in the case. The trial has been going on for two months in Santa Ana, California with Moreno acting as the prosecution’s star witness. He’s one of the highest ranking Mexican Mafia leaders to ever testify in open court.

Ojeda originally agreed to enter a guilty plea in Operation Black Flag, however backed out at the last second. At the time of the indictment dropping, he was already incarcerated on another racketeering conviction from 2006.

The 73-year old Ojeda is a living legend in Mexican Mafia circles. Once connected to Mexican Mafia founders, like Luis (Huero Buff) Flores, Gilberto (Mongol) Silva, Joe (Peg Leg) Morgan, Rudy (Cheyenne) Cadena, Ojeda’s been in charge of the syndicate’s sizeable Orange County wing for almost 40 years. When he was locked up in 2006, he turned the day-to-day keys of the organization over to 44-year old Moreno.

Handsome and heavily tattooed, Mondo Moreno got greedy and almost immediately attempted to grab control of the entire Orange County faction for himself. He told fellow La Eme members he wanted it to be a bloodless coup and that he didn’t want his mentor Ojeda harmed and still wanted him to be able to earn. He wasn’t successful. When word of his actions made it back to Ojeda, he ordered Moreno killed, allege court documents related to the current trial.

The Mexican Mafia, known internally as “La Eme” (The ‘M’) was founded in 1957 at a California youth-offender camp, slowly spreading throughout the west coast prison system and then landing on “the outside.” La Eme controls large swaths of drug, gambling and extortion territory with most of the gang’s shot callers behind bars. Between 1975 and 1977, more than 50 homicides were attributed to the Mexican Mafia’s takeover of Southern California African-American gang-ruled neighborhoods per FBI records. These same records claim Ojeda was given command of Orange County in around 1977 at the tail end of the unrest.

While most counties are split into multiple gang sets headed by different section leaders, Orange County has always belonged to Ojeda and Ojeda alone. According to federal surveillance logs, in the winter of 1992, he personally quelled a street war between rival SoCal Hispanic gangbanging cliques with a speech in a Santa Ana park.

Well before his official initiation into La Eme in around 2006, Moreno was a seasoned criminal, having done prison time for his role in a double gang murder, burglary and illegal firearm possession. During his testimony in December, he recalled a short 2006 meeting with Ojeda in a San Bernardino jail holding cell arranged by corrupt guards where Ojeda bestowed the title of “acting boss.” It was a meteoric ascent, considering Moreno was only “made” months prior. Ojeda hold that much faith in the then 34-year old “Mondo”Moreno, says court filings.

That faith proved misguided and the immense power quickly went to his head – in 2009, he ordered a race riot at Chino State Prison leading to the serious injury to over 200 inmates and prison personnel. More than 60 of the injuries were stabbings, as the Mexican Mafia retaliated against rivals in the African-American Black Guerilla Family for a series of previous assaults and literally burned portions of Chino to the ground. The riot erupted on the night of August 9, 2009, hours after Moreno departed from a three-week stay at Chino for possession of illegal drug paraphernalia.

That same month, Moreno’s initial desire for a bloodless coup was thrown out the window and he ordered the murders of a number of Ojeda lieutenants and supporters, in jail and out. None of the hits were actually carried out, but for the next two years countless knife and fist fights would occur across the California prison system on account of the Ojeda-Moreno power struggle. Ojeda was heard ordering Moreno’s murder on a recorded call from prison on April 30, 2011.