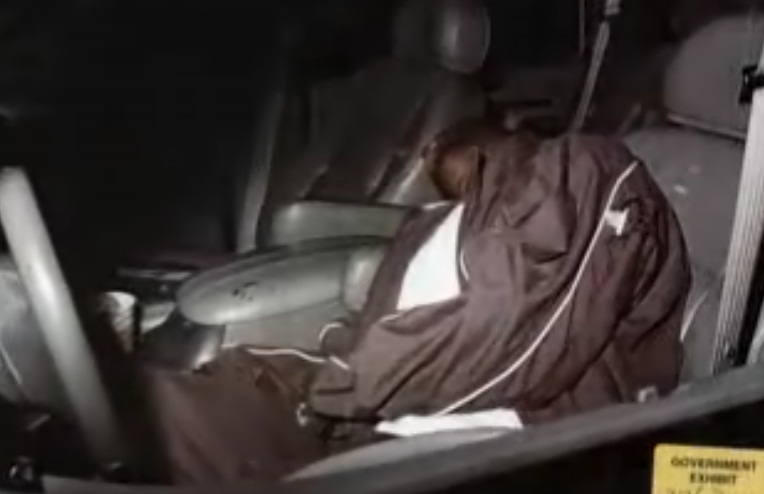 Following over a decade behind bars for taking part in a pair of contract murders, New York hit man Barry (Mungo) Broughton, a one-time enforcer for iconic east coast drug kingpin Kenny (Supreme) McGriff, was sentenced to time served by a federal court judge earlier this month. Mungo Broughton, 43, testified against McGriff at his 2007 trial where McGriff was convicted for narcotics trafficking and two first-degree homicides and was sent away to prison for the rest of his life.

Broughton is still facing a maximum five-year state prison sentence for a parole violation in Pennsylvania. He worked under McGriff in the late 1990s and early 2000s as McGriff was trying to publically reinvent himself as a music industry player and movie producer and admitted to being part of a McGriff-dispensed hit squad that killed two of his rivals in the drug game, Eric (E Moneybags) Smith and Troy (Big Nose T) Singleton.

*the photo above shows Smith slumped in the driver’s seat of his SUV in the moments after he was slain in the summer of 2001.

McGriff and his “Supreme Team” crack-cocaine empire were the most well-known of the New York dope boy crews of the 1980s, using the Baisley Park Projects in the southeast section of Queens as their home base. McGriff went to prison in November 1987 and with the exception of a brief six-month respite, remained locked up until 1997 when he reemerged intent on insulating himself from exposure in the drug world by recrafting his image as a businessman.

The purported transformation bore fruit fast for the Baron of Baisley Park, with McGriff being recruited as an affiliate of fledgling rap label Murder, Inc. and embarking on a plan to produce adaptations of author Donald Goines’ books into films. Goines wrote of life on the street in Detroit in the 1960s and 1970s and gained a deeply devoted fan base inside correctional institutes around the country.

In reality, McGriff was still ruling a big chunk of the New York drug scene with an iron fist like he did back in the crack era. It wasn’t long until bodies began falling again.

A dispute between original Supreme Team lieutenant and McGriff confidant Colbert (Black Justice) Johnson and rapper and drug dealer” E Moneybags” Smith turned violent on the afternoon of December 11, 1999 with Smith shooting Johnson. Sources told the FBI and DEA, McGriff was present and sped off from the incident – which occurred on a street corner in southeast Queens – in a luxury SUV with Johnson inside, but was so worried about his connection to the altercation violating his parole, waited too long to drive his comrade to the hospital for help. Johnson died on the operating room table.

According to court testimony, McGriff unleashed his enforcement unit led by Emmanuel (Manny Dog) Mosley, putting $50,000 murder contracts on the heads of E Moneybags Smith and Smith’s associate “Big Nose T” Singleton. One of the shooters in Mosley’s hit squad was Mungo Broughton. Mosley followed Broughton into Witness Protection Program and testified against McGriff at his trial.

On July 16, 2001, Smith was gunned down in a drive-by shooting sitting behind the wheel of his Lincoln Navigator while talking on his cell phone, his vehicle hit with 40 rounds of automatic weapon fire from a passing Mercedes containing four triggermen. Three months later, on October 28, 2001, Singleton was shot to death execution style outside in South Jamaica, Queens.

In between the Smith and Singleton slayings, McGriff did some internal housecleaning, ordering another killing: the murder of McGriff’s Maryland stash-house lieutenant, Karon (Buddha) Clarret, who got bit in a drug case in North Carolina in the spring and McGriff feared couldn’t stand up the charges. Buddha Clarret and his driver, Dwayne (Blizzard) Thomas were gunned down on August 21, 2001 in the parking lot of the Red Run Apartments in Owings Mill, Maryland. The Red Run Apartments housed a stash spot Clarret was responsible for overseeing.

Broughton and Mosley were shooters in the hits on Smith and Singleton. Another McGriff enforcer, Victor (Razor) Wright, is believed to have been the triggerman in the Clarett and Thomas murders. A search of the Maryland stash house three days following Clarett and Thomas’ slayings uncovered drug ledgers, McGriff’s fingerprints and a homemade surveillance video of E Moneybags Smith in the days and hours preceding his execution shot by a girlfriend of McGriff lieutenant Dennis (Divine) Crosby’s who happened to live on the same block in Queens Village that Smith did.