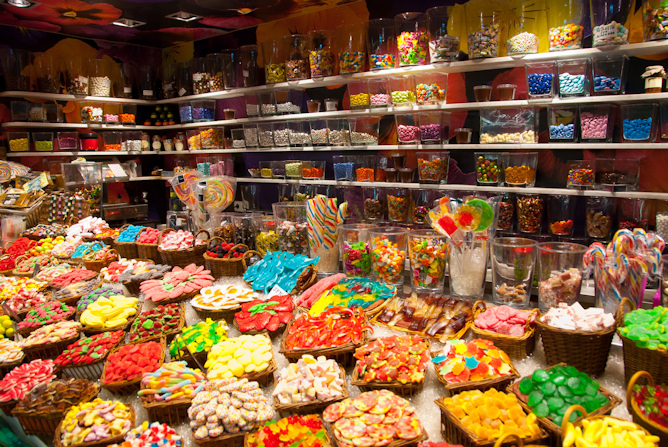 The last gasp of Detroit’s notorious Purple Gang came in late 1989, some 60 years after the all-Jewish crime syndicate dominated the Motor City’s bootlegging industry with a near-decade murderous reign atop the region’s rackets, when ex-Purple Ganger and deceased Detroit mob associate William (Candy) Davidson was indicted in a narcotics conspiracy case. The then-78 year old Davidson was found guilty at a 1990 trial, but had the conviction tossed on appeal and then went on to beat the charges with an acquittal at a second trial in 1992.

Candy Davidson and his longtime bodyguard and business partner Marvin (The Steelman) Mulligan were busted on a 10-count drug and tax evasion indictment handed down in October 1989, charging them with conducting both cocaine and heroin pushing. Mulligan would be convicted in absentia – going on the run for four years – and eventually be sentenced to six years in prison. He walked free in 1997. Authorities called the Davidson-Mulligan drug operation the largest suburban narcotics ring in Metro Detroit, estimating it was bringing in and distributing 50 kilos of cocaine and $100,000,000 of heroin per month.

The historic Purple Gang was founded and led by the infamous Burnstein brothers (Abe, Joe, Ray and Izzy), who ran their empire from the Book-Cadillac Hotel in downtown Detroit from roughly 1925 until the end of Prohibition. After the Prohibition Act was abolished nationally in 1933, three of the Burnsteins (Abe, Joe & Izzy) retired with vast fortunes built on booze and blood that they would turn into legitimate financial portfolios in subsequent years through lucrative investments in the oil business. Some of their Purple Gang lieutenants did the same and went “straight,” while others continued plying their trades in the underworld and were absorbed by the area’s Italian mafia.

The Purple Gang dabbled in drug dealing in the 1920s and 1930s and a number of former Purples became narcotics peddlers for Motown’s Tocco-Zerilli crime family. Ex-Purple Ganger Sammy (The Mustache) Norber was one of Detroit’s biggest wholesale heroin czars in the mid-to-late 20th Century.

Candy Davidson was connected to Norber’s ‘H’ operations. His ties to the Midwest drug world dated back to the 1950s when he took his first heroin pinch. During the latter years of Prohibition, Davidson belonged to a Purple Gang crew overseen by syndicate enforcers Ray Burnstein and Harry (H.F.) Fleisher. Sammy Norber had once acted as Ray Burnstein’s driver.

On December 2, 1944, Davidson took part in the robbery of the Aristocrat Club in Pontiac, Michigan, a town 15 miles north of Detroit. The Aristocrat Club was an after-hours gambling den occupied mostly by Greek wiseguys. Also involved in the planning of the stick-up was Harry Fleisher and Fleisher’s protégé Myron (Young Mikey) Selik, the head of a crew known as the “Junior Purples.”.

The owner of the club, Jimmy Dades, had been refusing to pay a street tax to Fleisher and Fleisher and his henchmen walked away with $800 bucks from the early-morning job. Davidson was one of the stick-up men and Fleisher was the getaway driver. A witness testified that Davidson received $150 for his work.

At some point in the 1960s, Davidson hooked up and started doing business with Marvin Mulligan. FBI and DEA files link Mulligan to one-time Detroit mafia captain Vincent (Little Vince) Meli. Mulligan was a known heroin wholesaler. He and Davidson started a labor consulting firm and were often found on movie and network television shoots in the area being retained to make things run smooth with the unions. Meli, long connected to labor racketeering prior to his death of cancer in 2009, used Mulligan for help in maintaining order in the steel hauling and scrap metal industries, according to sources.

Per federal records, the government got tipped off to Davidson and Mulligan’s drug network in the fall 1988 from a wiretap on the phone of Allen (The General) Hilf, at the time the biggest bookmaker in the state of Michigan and despite being Jewish, a high-ranking figure in the local Italian mob hierarchy. Hilf was tied in with numerous former Purple Gangers in his heyday as a shot-caller in the Detroit underworld.

The FBI, DEA and IRS initiated a joint probe into Davidson and Mulligan’s affairs in November 1988, per federal documents, and kept the pair under heavy surveillance until the following summer. Mulligan would often shuttle Davidson around in a black-colored Mercedes and when the pair wasn’t together they communicated mostly via pay phone, per surveillance logs.

DEA agents raided Davidson’s residence in suburban Farmington Hills, Michigan on August 11, 1989 and confiscated a large quantity of fentanyl, a controlled substance commonly used for cutting heroin. Davidson and Mulligan were in handcuffs within the week, the official indictment dropping right before Halloween.

With a Mulligan underling named Billy Guild as the U.S. Attorneys star witness, Davidson was convicted in the case in March 1990. Three months later he was hit with a 10-year term behind bars. The next June, the U.S. Court of Appeals reversed his guilty verdict on the grounds that Mulligan being absent from the trial provided an undue burden for Davidson with his jury, specifically related to Mulligan’s considerable tax issues and a tax return he filed in 1977 that he admitted portions of his income is derived from “narcotics.” Defense attorney Stephen Rabaut won an acquittal for Davidson in the retrial.