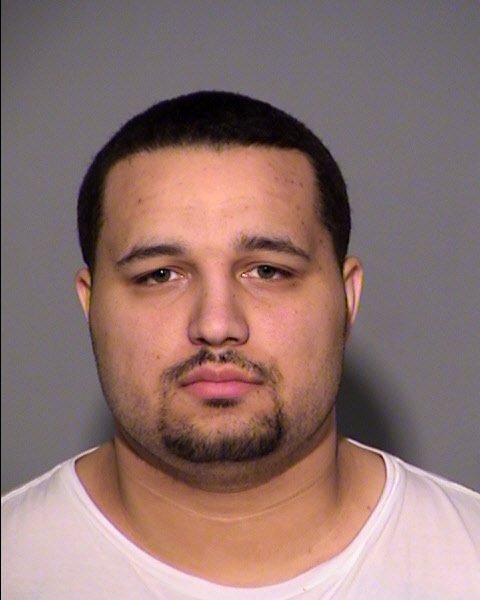 July 11, 2019 — Ricky Rich is known around the Circle City for his luck, having a knack for avoiding death from his enemies on the street and long sentences behind bars from his foes in law enforcement. His rivals in the drug world have a half-million dollar bounty on his head. The government has so far failed in its quest to end his reign of terror. You might call him the American heartland’s own modern day Teflon Don.

Indianapolis drug kingpin Richard (Ricky Rich) Grundy saw his federal trial for narcotics-trafficking end before it ever really started this week when a mistrial was declared for violation of a court order related to information on jurors. The trial for Grundy and his four co-defendants had opening arguments and testimony begin Tuesday before a motion by the prosecution for a mistrial was granted by U.S. District Judge Jane Magnus-Stinson Wednesday.

Husky and cherubic, the 30-year old Grundy has been in custody for two years awaiting trial – he’s alleged to have standing murder contracts on anybody who talks to the police and has been accused of witness intimidation in the past. In the years before he was locked up, he was living a movie script, averting assassination attempts on the regular, one during a funeral procession, and according to charges that never materialized into convictions, growing his drug empire to gargantuan proportions by gunning down almost a dozen rivals on his way to the top of the Midwest dope game. Every time the government looked like it had Ricky Rich cornered (i.e. the handful of cases he’s taken the last decade or so charging everything from wide-scale drug distribution and racketeering to murder, money laundering and weapons violations), he dodged the sledgehammer, slipping away from any real harm at the last moment.

The U.S. Attorney’s Office estimates over a three-year period in the early 2010s, Grundy’s organization netted $16,000,000. His plug was in Arizona and prosecutors’ allege he shipped more than 4,000 pounds of high-grade hydroponic marijuana west from Phoenix to Indianapolis using private parcel delivery services in that three-year span (2010-20

The name Ricky Rich reverberates and strikes fear across the Hoosier State, his boastful, showy, (and often seemingly incriminating) social media posts and rap videos appearances garnering hundreds of thousands of views and a countless line of potential witnesses against him refusing to testify out of concern for their personal safety. He’s spoken about desiring to eventually transition from the dope game to the rap game — his Mob Family Entertainment independent music label supported Indy rappers Eric (Lil’ E) Butler and Mack (Lil’ Mack) Taylor, who was slain in September 2016.

If convicted in his current case, Ricky Rich faces anywhere between 10 years to life in prison. The trial is expected to be rescheduled for the fall.

John (Little Johnny) Means, Grundy’s top enforcer, is doing time for gun possession after beating a pair of double murder beefs tied to Mob Family affairs at trial. Means, small in stature but muscular and broad shouldered in physique, has the words Mob Family tattooed across his upper chest and lower neck.