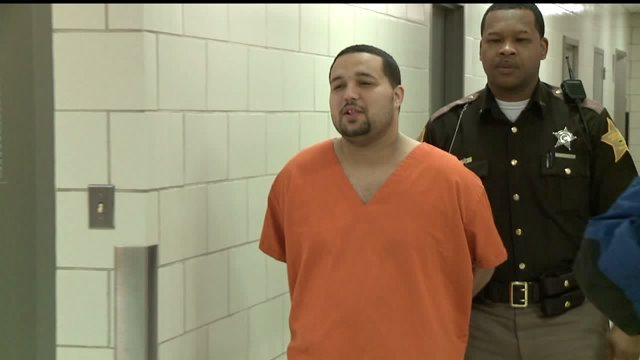 The Indianapolis underworld was shaken to its core by the emergence of Richard (Ricky Rich) Grundy and his Circle City “Mob Family” this past decade. Taking Hoosierland by storm in the early 2010s, the Grundy crew left a trail of bodies in its wake on the way to cementing a place for itself on the Mount Rushmore of organized crime in Indiana. The drug game in the heartland has never been the same since.

Ricky Rich’s federal drug trial ended in a mistrial this week due to the violation of a court order related to juror confidentiality. Despite the rampant allegations regarding his and his Mob Family’s penchant for violence, neither Ricky Rich nor any of his lieutenants have ever been convicted of any murder counts.

Let’s recap the bloodshed and bodycount:

May 1, 2011 – Michael (Little Mikey) Lacey is shot to death in the parking lot of the Phoenix Apartments on the city’s Northeast side after getting into an argument with members of Grundy’s Mob Family crew.

*Adrian (A.D.) Bullock, Ricky Rich’s cousin, is charged in Lacey’s homicide, but following a hung jury at trial, has the case against him dismissed.

*According to DEA informants, Grundy had six enemies he held responsible for the attempt on his life slain in subsequent months.

October 21, 2013 – Kendrid (Ken-Ken 2G) Mintze is found face down in the street on the eastside, shot in the back of the head. Ricky Rich and the Mob Family crew reportedly believed Mintze had robbed them of a shipmen

January 28, 2014 – Tyrece (Touchdown) Dorsey and William (Jo Jo) Davis are gunned down at a Citgo gas station convenient store. Dorsey and Davis were allegedly caught stealing drugs from the Mob Family. They were the first two bodies to drop in a bloody purge of Ricky Rich rivals that lasted throughout the winter and into the spring of 2014.

February 1, 2014 – Carlos (Little Scoot) Jefferson and Julius (Ju Ju) Douglas are found shot to death inside a white-colored Dodge pickup truck on the city’s near northside after stealing from Grundy’s Mob Family, per informants.

Feb 20, 2014 – Lorenzo (Scooter) Clark and Michael (Mike Nice) Whitfield are killed in a shooting on the city’s northeast side. Clark had snitched on A.D. Bullock in the Little Mikey Lacey slaying.

May 5, 2017 – Drug boss Terrell (Big Doo Wop) Scott is gunned down in the parking lot of the Quail Run Apartments in Zionsville. Scott was the man who had killed Taylor and Brown seven months earlier in self defense.

July 20, 2017 – Ricky Rich survives another attempt on his life when he is wounded in a drive-by shooting during the funeral procession for his cousin Pumpkin Moore going from Friendship Missionary Baptist Church to Sutherland Park Cemetery.