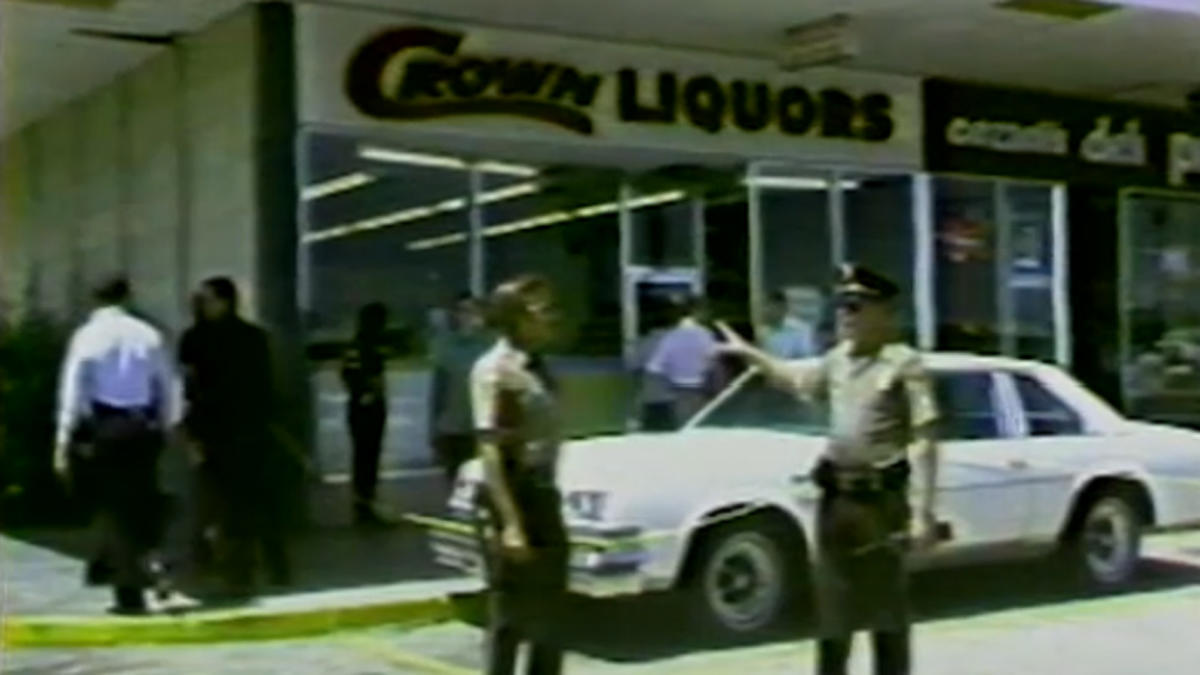 Historians trace the birth of the entire crazy “Cocaine Cowboys Era” in South Florida to a single event: the headline-grabbing Dadeland Mall Massacre on July 11, 1979 where two Miami drug world figures were slain in a Wild-West style shootout in the upscale mall’s liquor store. The audacious gangland hit foreshadowed a coming decade marked by further bold acts of violence, droves of flashy Colombian and Cuban drug lords landing on the shores of Miami and swashbuckling their way to tremendous levels of wealth and power riding the wave of the Great American Coke Boom of the 1980s and the transformation of the area from a dusty, quiet retirement community to a polished, trendy, pastel-painted paradise famous for hedonism, celebrity vacationers and life in the fast lane.

No arrests have ever been made in the Dadeland Mall Massacre, but police have a pretty good idea of who and what was behind the murders of 37-year old Colombian drug kingpin German Jimenez Panesso and his 22-year old bodyguard Juan Carlos Hernandez, a double homicide that took place 40 years this week and shook South Florida to its core. One thing is known for certain — who gave the order.

They called her “The Godmother.”

The seeds of the bloody shopping mall assassination plot were planted in the spring of 1978 when Panesso began feuding with Miami crime boss Carlos Panello Ramirez after Ramirez’s partner robbed Panesso’s home. Panesso and Ramirez both worked with Colombian drug baron Griselda (The Godmother) Blanco of the mammoth Medellin Cartel, maybe the most ruthless, feared and notorious female criminal of all-time. It’s believed since Blanco owed Panesso a substantial amount of money and didn’t want to have to pay it back, she sided with Ramirez in the dispute and dispatched a hit team to do away with Pane

Blanco would soon move to the U.S. full time, however, in 1979, she was back living in Colombia (after a few years spent in New York) and assigned the Panesso contract to her man on the ground in Miami, her brother-in-law, Miguel (Paco) Sepulveda, according to Dade County Sheriff’s Department documents. Sepulveda in turn brought in Jorge (Rivi) Ayala Blanco’s favorite hit man, the records claim. Ayala was a suspect in a number of signature “Cocaine Cowboy” slayings of the 1980s and eventually became a witness against Blanco in court.

In the early afternoon hours of July 11, 1979, Rivi Ayala and Paco Sepulveda, went into the Crown Liquors store at the Dadeland Mall with uzis and unloaded a barrage of gunfire into Panesso and Hernandez, who were at the counter purchasing bottles of Chivas Regal. They were both killed instantly. Two Crown Liquors store employees were wounded in the attack as well.

Panesso’s white colored Mercedes was parked on the curb by the store’s entrance. The hit team arrived in a white van with the words Happy Time Complete Party Supply on the side.

Convicted of narcotics trafficking out of New York in 1986 and then additional charges once behind bars thanks to Ayala’s cooperation (he connected her to over two dozen gangland slayings), Griselda Blanco did 19 years in federal prison before being deported back to Colombia in 2004. She was assassinated outside a Medellin butcher shop on September 3, 2012.