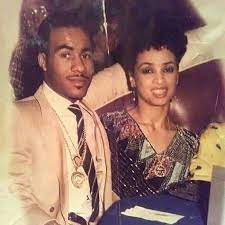 December 22, 2021 — In an assist from one Detroit crack era street legend to another, Richard (White Boy Rick) Wershe recently helped Richard (Maserati Rick) Carter’s widow Tracy Cowan, earn a commutation of her own drug sentence from the Governor of Michigan Gretchen Whitmer.

On September 12, 1988, the 29-year old handsome and always hustling Maserati Rick Carter was shot to death in his hospital bed in one of Motown’s most sensationalistic gangland hits. Carter and Cowan had two children together.

Cowan was sentenced to 20-to-40 years in state prison for narcotics possession stemming from a controversial 2002 case where she was present at a police raid of her ex-boyfriend’s house where they found 1500 grams of cocaine, a pound of marijuana and two loaded pistols. Her ex-boyfriend wasn’t present at the raid and Cowan was left to take the heat. The ex wasn’t charged. She was. Whitmer’s order will bring Cowan home in the next 30 to 60 days after two decades behind bars for a non-violent offense.

Wershe was finally released from prison in 2020 after 32 years locked up as the longest-serving non-violent juvenile offender in the history of the American justice system and now works campaigning for prison and sentencing reform, among other business endeavors in the Detroit area. As a teenage drug-dealing prodigy put to work by the FBI in the days following his eighth grade graduation, he did business and socialized with Carter and the Eastside wholesale cocaine empire run by him and the equally-slick and debonair Demetrius Holloway.

Wershe was incarcerated eight months prior to Carter’s headline-grabbing murder, sentenced to life on a single cocaine-possession charge he took at age 17 in May 1987 during a routine traffic stop for slow-rolling a stop sign near his grandmother’s house on the far Eastside of Detroit. He wasn’t employed by the FBI at the time of his arrest, having broken off the relationship right after his 17th birthday.

Holloway was killed in 1990 in a brazen shooting at The Broadway men’s clothier in Downtown Detroit. Both Holloway and Carter were on the verge of being indicted by federal authorities at the time of their respective slayings, which capped off a crazy decade with the city’s underworld being turned upside down and re-invented in blood-stained technicolor, leaving bodies and addiction in its wake due to the nation’s crack-cocaine

Holloway, Carter and Wershe were known for their flashy personas, gaudy gold chains, mink coats and luxury automobiles. Cowan can be seen in numerous photos on-line that show her and Maserati Rick Carter enjoying the good life, traveling, partying and smiling for the camera in images snapped in the 1980s. Carter was childhood best friends with world champion pro boxer Tommy Hearns and he and Cowan would often travel with Hearns’ entourage to his biggest fights in Las Vegas and Atlantic City. Rapper Master P name-checked Carter in a 1997 song titled I Miss My Homies.

After Carter was gone, Cowan, began dating Rory (Roy Boy) Jones, another Detroit drug-world figure. Carter was at war with Edward (Big Ed) Hanserd’s drug organization and recovering in the hospital from a shootout with Hanserd in the hours preceding his death. Jones was part of the notorious PA Boys crew on the city’s Westside.

In September 2002, Detroit Police Department narcotics detectives raided a house belonging to Jones, however, instead of finding Jones, they found Cowan and her children. Police had made a “controlled buy” at the residence earlier that day when Cowan wasn’t home. She had no previous criminal record and she denied knowing that Jones was using the house for his drug-selling activities. The 55-year old Jones went down in a huge federal drug and racketeering case in November 2003 along with the entire PA Boys crew administration and did 12 years in prison.

Detroit’s Channel 7 TV (WXYT) broke the news of Cowan’s commutation and Wershe’s role in getting her cause in front of the governor Tuesday night. She turned 60 years old in August. If Carter was alive today, he’d be 62.

Wershe’s case gained attention and sympathy across the globe and resulted in the 2018 Hollywood film White Boy Rick, starring Oscar-winner Matthew McConaughey and the 2021 Netflix smash-hit documentary White Boy. The FBI paid a baby-faced teenage Wershe close to $50,000 for his more than two years of work infiltrating local drug gangs.

Part of his post-arrest cooperation resulted in a large corrupt cop ring bust with ties to then-Mayor Coleman A. Young. At the height of Wershe’s tabloid notoriety in the late 1980s, he romanced Young’s beautiful and sophisticated 24-year old niece before he could even legally vote causing a feeding frenzy in the press for coverage of the couple.