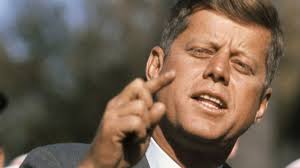 1 U.S. President John F. Kennedy – Maybe the most legendary mob hit in American history, the assassination of JFK, which took place in downtown Dallas on the afternoon of November 22, 1963, has long been linked in gangland lore to a powerful triumvirate of mafia bosses, consisting of Chicago’s Sam Giancana, Florida’s Santo Trafficante, Jr. and New Orleans’ Carlos Marcello. Kennedy’s reputed killer, Lee Harvey Oswald, allegedly shooting with a sniper’s rifle from a nearby building as the President passed by in a motorcade, was slain himself two days later by known mob associate and gangster wannabe Jack Ruby, a local Texas strip club owner from the Midwest. After the mafia is alleged to have helped him get into the White House in 1960 (said to have rigged parts of the voting process in Chicago), Kennedy was rumored to have upset his supporters in the underworld by allowing his brother and Attorney General, Bobby, to go after the mob in the courts and in the press following his election. A number of Mafiosi supposedly connected to the President’s assassination were whacked themselves over the next dozen years (see Giancana, labor leader and heated Kennedy foe Jimmy Hoffa and “Handsome Johnny” Roselli, the Chicago’s mob’s representative on the West Coast winding up dead within the same three months time frame in 1975).

2 “Maximum John” Wood – The first U.S. Federal Judge to be assassinated in the 20th Century (there would go on to be two more), Wood was shot to death on May 29, 1979 outside his home in San Antonio, Texas by hit man Charles Harrelson on orders from Lone Star State drug lord Jimmy Chagra. Wood was the Judge in Chagra’s narcotics case and Chagra feared “Maximum John” would live up to his reputation and levy a life prison sentence. Harrelson is the father of Hollywood actor Woody Harrelson. While the shooter (the elder Harrelson) was convicted of the murder, Chagra was charged and acquitted at trial.

3 “The Cowboy Murders” – On his way to becoming a Las Vegas gaming and business icon, Benny (The Cowboy) Binion was a bold, powerful and violent mob boss in Texas, racking up an alleged list of bodies that exceeded a handful and cemented his reputation. Getting his start in El Paso as a bootlegger during Prohibition, “The Cowboy” eventually muscled his way to the top of the Dallas underworld, unafraid to use murder as a tool to climb the gangland ladder in the Lone Star State. He “made his bones” with the 1931 slaying of aspiring African-American mobster Frank Bolding, a hit he pled guilty to and suspiciously received a suspended sentence. In 1936, Binion was indicted for killing rival policy-lottery operator Ben Friedan, but was later acquitted at trial after pleading self-defense (he allegedly accidentially shot himself in the process of emptying his clip into Friedan, however convinced the jury that he had been fired upon first). Two years later, he is believed to have murdered bookmaking rival Sam Murray in 1938 to secure his sports-betting territory – a lieutenant of his was busted, but Binion skated. Expanding into Fort Worth, local gambling chief Louis Tindall got into Binion’s crosshairs and wound up gunned down on November 25, 1944. His long, bitter feud with Herbert (Herbie the Cat) Noble, a fellow Dallas gangster, concluded with both Noble and his wife being blown up in car bombs. Herbie the Cat’S August 7, 1951 slaying followed his averting some 10 previous unsuccessful attempts on his life, allegedly engineered by Binion, who by that point had already relocated to Las Vegas. The legendary founder and owner of The Horseshoe casino franchise and creator of the World Series of Poker, would find it difficult to completely put his mobster roots behind him, even after he was filthy rich by legitimate means in Nevada. During his four-decade reign as a casino mogul, Binion was the top suspect in two notorious unsolved Las Vegas murders (the 1972 car-bomb killing of retired FBI agent Bill Coulthard, who owned the parcel of property the original Horseshoe stands on and tried to deny him a lease-renewal and the 1967 execution of small-time Vegas hood and taxi driver Marvin Shumate, the leader of a plan to kidnap Binion’s son and hold him for ransom that never came to fruition due to Binion being alerted of Shumate’s intentions by one of his co-conspirators). The Cowboy died a free man on December 29, 1989 of heart failure, leaving both a financial fortune and casino empire behind, in addition to his colossal-sized underworld reputation as his legacy.

4 The Sherry Murders – Circuit Judge Vincent Sherry & his wife Margaret, were executed in their Mississippi home, on September 14, 1987, their murders ordered by the Dixie Mafia after Sherry’s former law-partner Pete Halat accused him of skimming profits from a six-figure phone-scam that was being run by Dixie Mafia leader Kirksey McCord Nix out of Angola State Penitentiary in Louisiana. Halat would be elected Mayor of Biloxi before being convicted with McCord, a suspect in the killing of Tennessee Sherriff Buford Pusser’s wife, Pauline, of the double-murder.

5 Pauline Pusser – The wife of relentless McNair County Sherriff (Tennessee) Buford Pusser, who engaged in a personal war with the rural “State Line Mob” as well as the Dixie Mafia, for control of his town, was killed alongside her husband on August 12, 1967, shot dead as they drove on a McNair County road by a passing vehicle. Buford Pusser is alleged to have gone on to avenge the death of his wife, who had gone along with him on a call-assignment that night that proved a set-up, in the years that followed. Three of the alleged assailants were killed in the next 36 months, two of which were reputed to be carried out or ordered by Pusser. Following his death in a car accident in 1974, the fearless lawman became the subject of numerous books, movies, tv shows and magazine articles chronicling his heroic exploits. Pro wrestling champion-turned-actor star, The Rock, played a character based on Pusser in 2004’s action-film, Walking Tall.